Want to live longer? Cut the meat, pass the pasta

In terms of reducing mortality, the protein in carb-heavy foods (like pasta) is way better than red meat protein 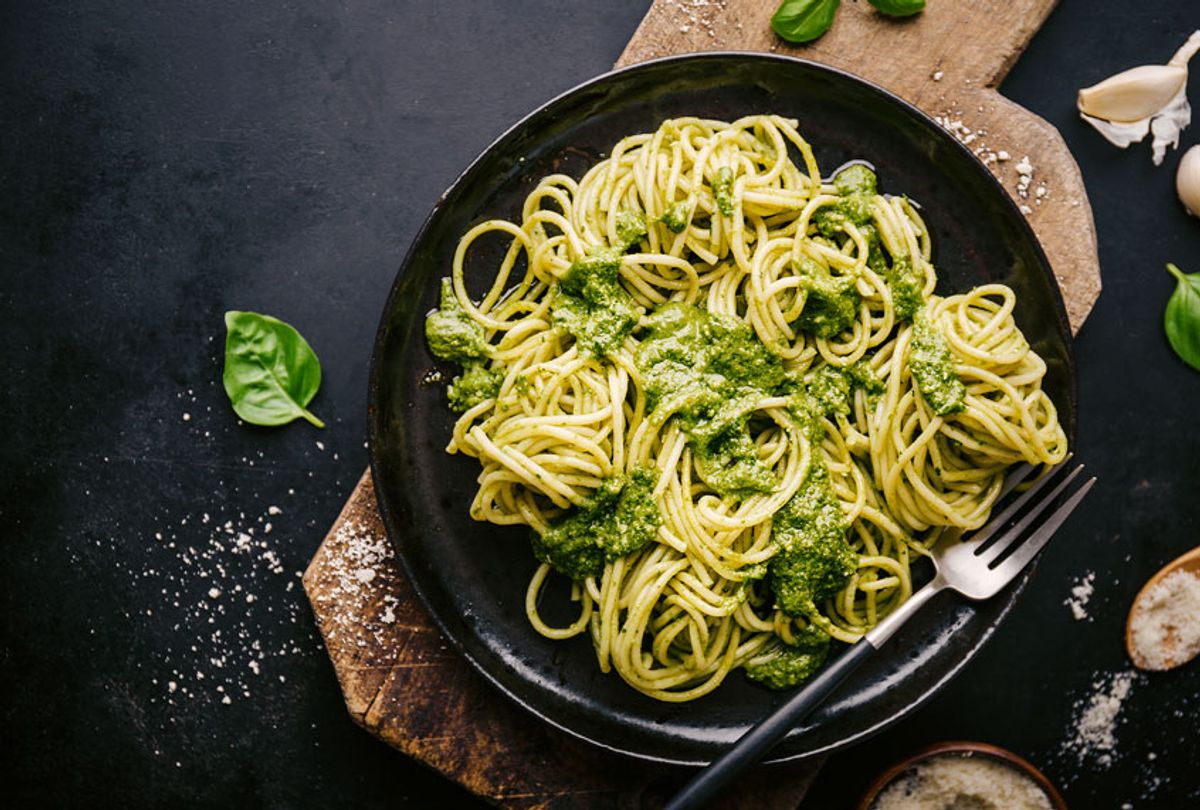 Food studies are notoriously difficult to do well, mainly because in order to get scientifically meaningful results, you need three elements: careful controls, long time spans, and a huge sample size. That's why many food studies are done with animals instead of humans: you can feed a rat the same thing for a year, and observe its health, but it would be hard to do the same with a huge number of humans, who like to do normal human things like sneak cookies or binge-eat Ben & Jerry's.

Remarkably, a sweeping new study checked all three of these research boxes. Researchers followed hundreds of thousands of people over 16 years to observe whether consuming more plant protein made for better health. The broad conclusion was that increasing plant-based protein in one's diet is associated with lower mortality. But the co-authors' remarks about what "plant-based protein" actually means are more interesting, both for our diets and for diet culture at large.

"The association between plant protein intake and overall mortality was similar across the subgroups of smoking status, diabetes, fruit consumption, vitamin supplement use, and self-reported health status," the study's many co-authors wrote in the abstract to their article, which was published last week in the Journal of the American Medical Association (JAMA). "Replacement of 3 percent energy from animal protein with plant protein was inversely associated with overall mortality (risk decreased 10 percent in both men and women) and cardiovascular disease mortality (11 percent lower risk in men and 12 percent lower risk in women)."

Because one of the key struggles facing any medical study is finding a sufficiently large group of participants, the sheer scope of the study published in JAMA — both in terms of how many people participated and how long the study itself was conducted — attests to its credibility.

"The association between dietary protein sources and mortality has been examined in only a few population-based studies," the authors wrote in the study, citing as some examples the Iowa Women's Health Study and the Japan Public Health Center-Based Prospective Cohort Study.

The data was culled from the US National Institutes of Health–AARP Diet and Health Study, which was held from 1995 to 2011.

The authors stressed that their findings are consistent with material in other scientific research about the potential benefits of plant-based diets.

They emphasized the benefits of eating "high-quality plant sources, including legumes, soy, nuts, and other foods" and noted that "higher red and processed meat consumption have been consistently associated with increased premature death."

The moral seems to be that plant proteins are far better than egg or red meat proteins (in terms of reducing mortality and cardiovascular disease). Plant proteins include those derived from bread, cereal and pasta (all of which derive their protein from flour, which comes from plants like wheat). The conclusions run counter to recent diet trends that have demonized carbohydrate-heavy foods like pasta and bread.

There are non-medical reasons for transitioning from a meat-based diet to a plant-based alternative, too. The meat industry produces carbon emissions that significantly exacerbate the problem of man-made climate change. In addition, even if one is morally comfortable with eating animals, the conditions under which many animals are slaughtered are so cruel that they pose a moral issue in their own right. It is also inefficient to eat meat: Forty percent of the world's land surface is currently used for food, with most of that going to feed cattle, chicken and pigs. There are also a number of diseases that are transmitted among animals in the meat industry, with companies frequently covering up outbreaks out of concern that publicity will cut into their profits.