"That's not real, Brian," Tapper noted. "It was debunked a long time ago" 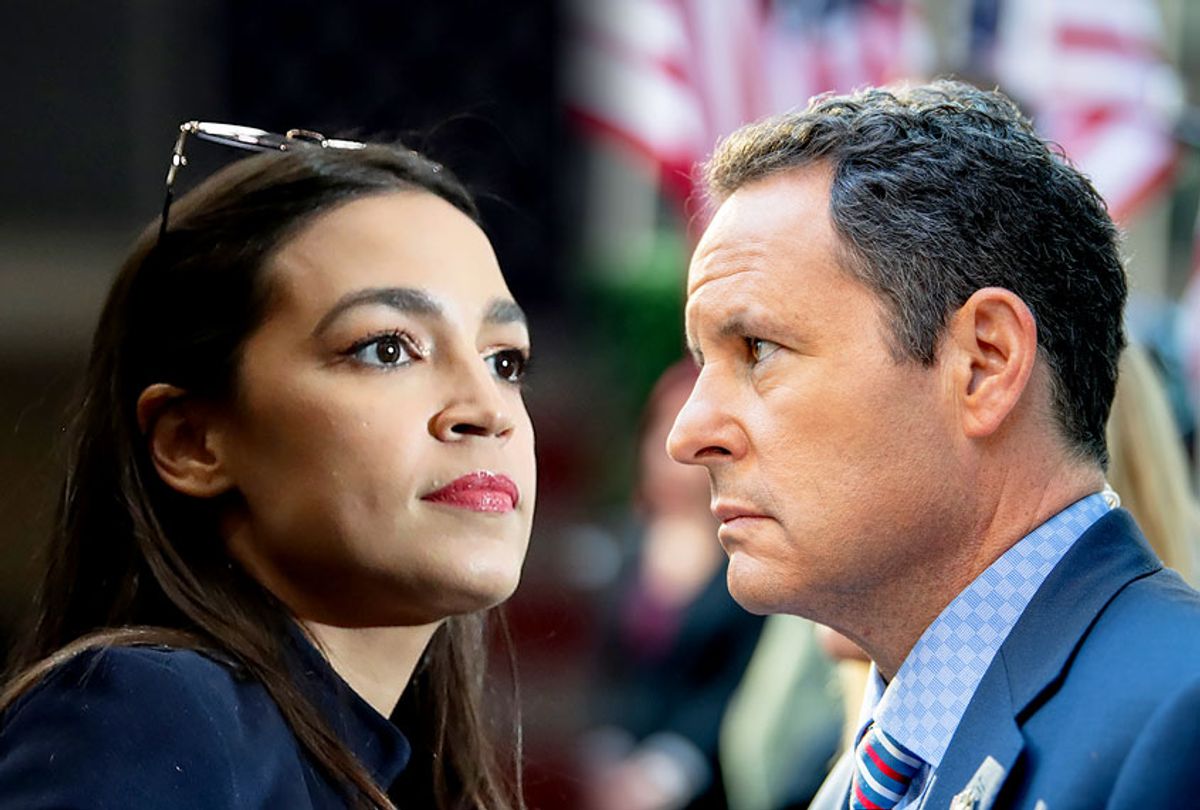 Kilmeade tweeted a photoshopped image designed to look like a tweet from Ocasio-Cortez, who is also known as AOC.

The tweet claimed it was "vital" for governors to maintain coronavirus restrictions to stop Trump from being re-elected.

"Is this what [President Donald Trump] has been saying?" Kilmeade asked in a since-deleted tweet, that was captured by the Internet Archieve.

The tweet has been debunked by the fact-checking site Snopes.

"This tweet image was a fabrication, however, and not something posted by Ocasio-Cortez. It does not appear in her Twitter timeline, nor was it recorded by databases that capture and preserve deleted tweets," Snopes reported. "Moreover, although the tweet was supposedly 'shared over 20,000 times,' we could find no instances whatsoever of the original tweet's having been shared or commented upon at all. It exists only as a screenshot of a faux tweet posted to a private Facebook group."

"That's not real, Brian," Tapper noted. "It was debunked a long time ago."

As of publication, Kilmeade has not apologized on Twitter for spreading fake news.