"No Department of Defense assets" have been deployed to or are pending deployment to Portland, a spokesman says 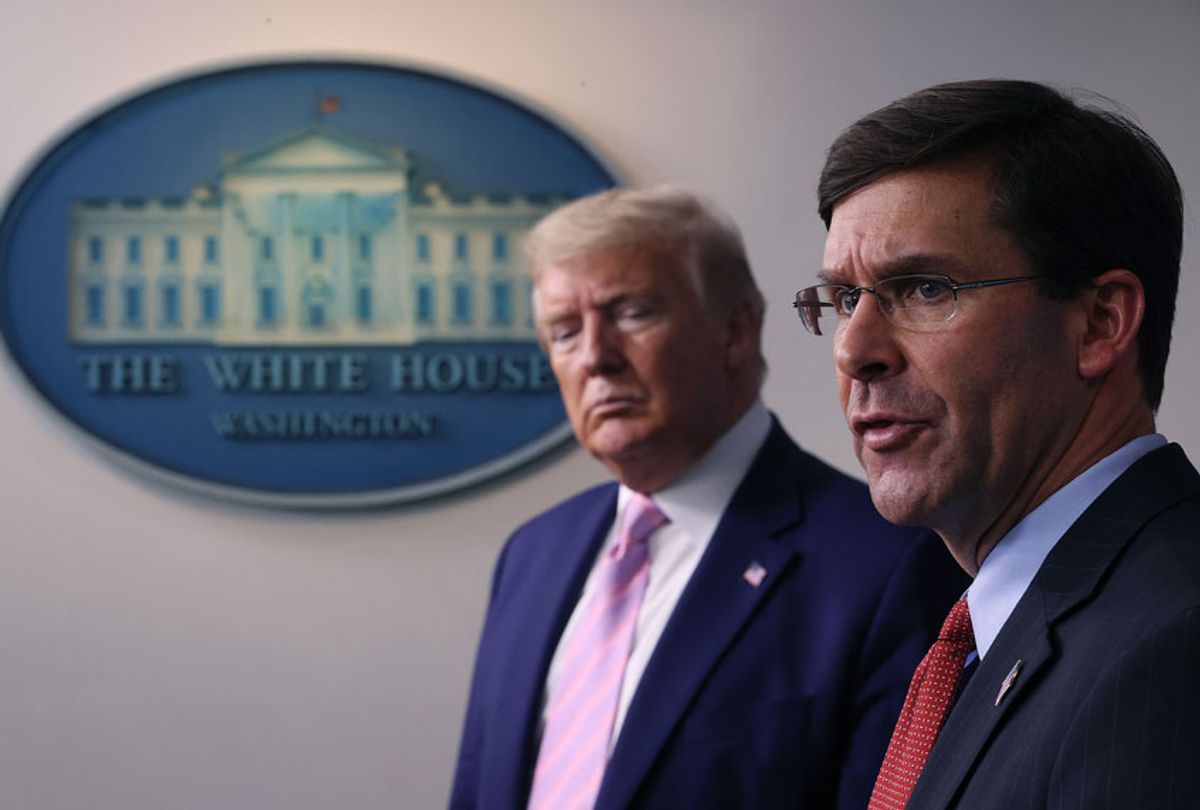 Although the federal law enforcement officers who have been attacking George Floyd protesters in Portland, Oregon are not acting on behalf of the U.S. military, they have been wearing military-like camouflage. And Defense Secretary Mark Esper, according to Pentagon spokesman Jonathan Hoffman, is expressing concerns about their attire and believes the American public should be able to distinguish between military troops and police officers.

The Military.com website reports that on Tuesday, July 21, Hoffman told reporters, "We want a system where people can tell the difference. I can say unequivocally there are no Department of Defense assets that have been deployed to, pending deployment to, or we're looking to deploy to Portland."

Oregon Sen. Ron Wyden and Oregon Gov. Kate Brown are among the Democrats who have been highly critical of President Donald Trump's use of federal law enforcement against protesters in Portland, where federal law enforcement officers have been driving around in unmarked vehicles and attacking protesters. Wyden has described them as "Trump's secret police," and Brown told PBS that "Trump's troops" were "pouring gasoline on a fire" in Oregon's largest city.

Hoffman told reporters, "There are some law enforcement (who) wear uniforms that make them appear military, and the secretary has expressed his concern with this within the (Trump) Administration."