Heather Childers, the longtime host of "Fox & Friends First," even appealed to Trump on Twitter to save her job 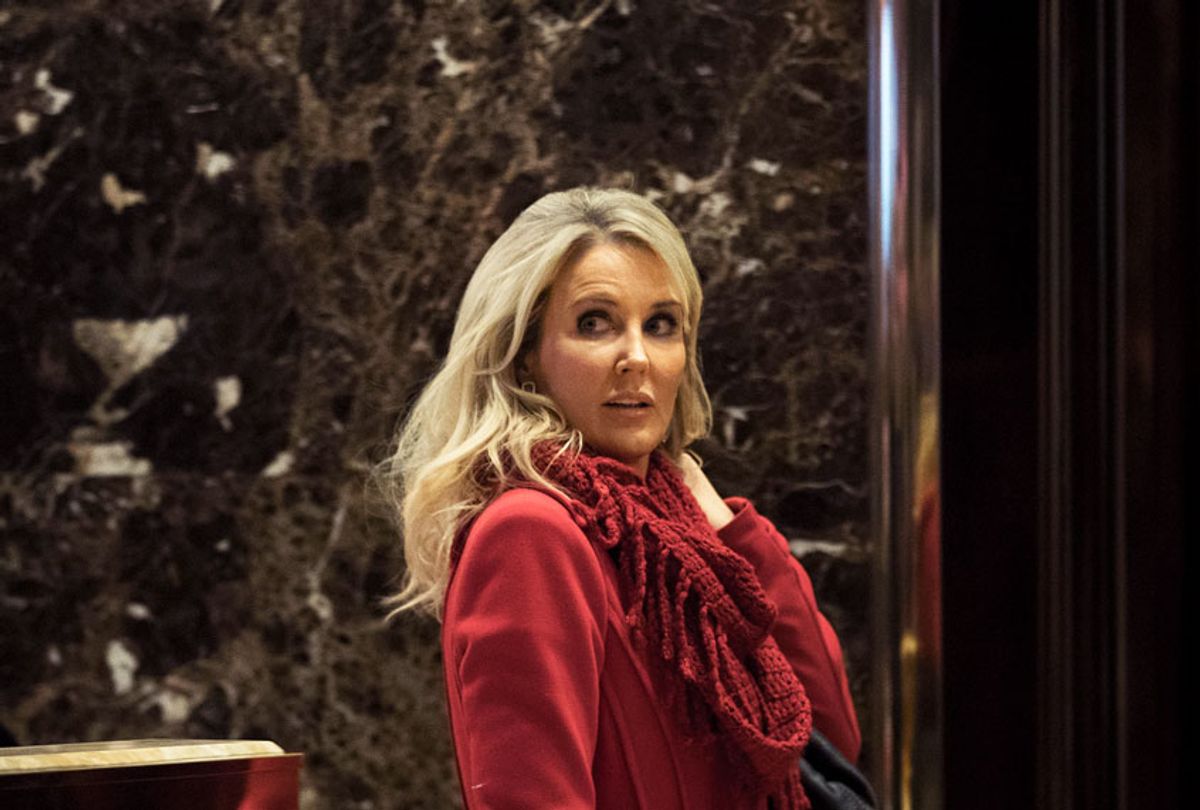 Childers, who has anchored the 4 a.m. hour of "Fox & Friends First" since 2012, has not appeared on the air since late March. A Fox News spokesperson told CNN's Brian Stelter that "Fox News and Heather Childers have parted ways. We wish her all the best."

Childers' ouster came after she showed up to work "visibly sick" during the early days of the pandemic in March, a move which "dismayed fellow staffers," according to Stelter.

The host reportedly came to work noticeably ill on March 18 after Fox News executives issued a memo announcing precautions the network was taking to protect their staffers — even as its on-air hosts continued to downplay the threat posed by the coronavirus.

Staffers reportedly grew concerned over her condition, but Childers said she had visited a doctor and announced on Twitter that she was fine. She returned to work the following day, on March 19.

But Fox executives "were angry" that she showed up visibly ill, and she has not appeared on air since, according to the report.

Childers defended herself on Twitter amid her involuntary hiatus — and even appealed to President Donald Trump for help.

She wrote on March 31 that she had "no fever or cough" when she went to the doctor and "never went to work feeling sick." She said her coronavirus test came back negative, and she shared the results with the network. She even tweeted her test results and said she hoped to be back soon.

On April 6, she wrote that she had tested negative twice and suggested that her continued absence was an "oversight" by the network.

"After you get tested- and it comes out negative twice- how do you get back to work? Asking for a friend," she tweeted on April 7.

By April 9, she appealed to Trump, whom she frequently praises on her feed.

"I'd love to go back to work @realDonaldTrump but the antibody tests only show positive if you have had the virus. I've had TWO negative COVID19 tests results & no symptoms," she wrote. "Including a doctor testing temp, oxygen, all vitals 3 weeks ago today. All normal. Can I go back to work?"

"Starting Week 5 sitting at home & not anchoring," she wrote on April 19. "Sorry I won't be there again after 25+ years as a journalist. @realDonaldTrump please get us all back to work. Negative #Covid19 or any testing is worthless if ignored by employers & municipalities."

CNN noted that Childers had removed the references to Fox News from her social media profiles earlier this month.

Fox News has been under fire for months as opinion hosts, such as Sean Hannity and Laura Ingraham, downplay the coronavirus. That trend has not stopped. An analysis by Media Matters found that the network recently pushed misinformation about the pandemic 253 times in a span of five days.