You can "see" PTSD in a person's eyes, researchers find

The pupils of PTSD-sufferers react differently when exposed to certain images, study says 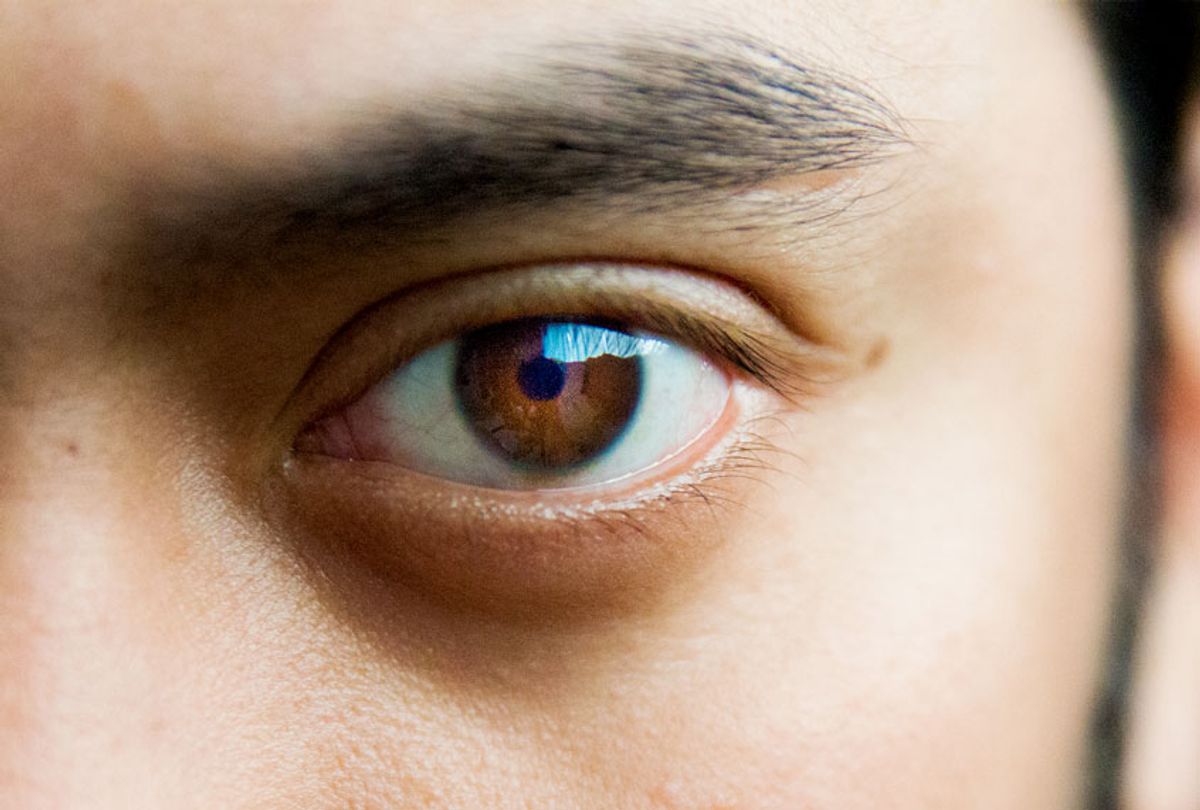 A new study reveals that you can learn a lot about whether a person suffers from post-traumatic stress disorder (PTSD) by looking into their eyes — specifically, at their pupils.

The study, published in Biological Psychology, found that individuals who suffer from PTSD display increased sensitivity to emotional stimuli and hyperarousal through their pupils. People who suffer from PTSD had greater pupil dilation than non-sufferers when exposed to images that were either threatening or happy; when there was a change in light level, their pupils showed reduced constriction compared to subjects in the control group.

Through their studies, the researchers at Cardiff University and Swansea University & Swansea Bay University Health Board realized that PTSD sufferers may be hypersensitive to non-negative emotions as well as negative ones, which went against common assumptions about PTSD.

"The finding of increased emotional modulation of the pupil response in PTSD across positive and negative affective categories, rather than that of a specific threat response, was unexpected," the authors write. They note that they were surprised that the heightened emotions linked to PTSD occurred when connected to images that would not be considered "threat related" or negative images.

To come to their conclusions, the authors conducted an experiment in which "participants viewed images with emotional or neutral content." They tested 48 people who had PTSD or were "trauma-exposed" without PTSD, and 17 controls.

Researchers characterized their study as the first to investigate "primary physiological responses to emotional, but trauma-unrelated stimuli."

This is not the first recent scientific study to change the way we perceive the biology behind PTSD. In October a research study by Pennsylvania State University published in Nature Communications found that the ways in which male rats responded to traumatic stimuli had to do with how their brains are wired. There were 15 specific neural circuits associated with how long rats froze when exposed to something threatening (in their case, fox urine) and, in turn, whether they were especially prone to avoiding the traumatizing stimuli in the future. Most of these circuits were in the olfactory (smell-related) parts of the brain or in areas that regulate stress, such as the amygdala.

The authors speculated that there could be a similar link between specific neural centers of the brain and PTSD in humans, as previous studies have established possible links between PTSD and the hippocampus and amygdala.