Are protesters getting sprayed with expired tear gas? If so, that's not good

Expired tear gas could be dangerous. But thanks to trade secrets and a lack of research, we simply don't know 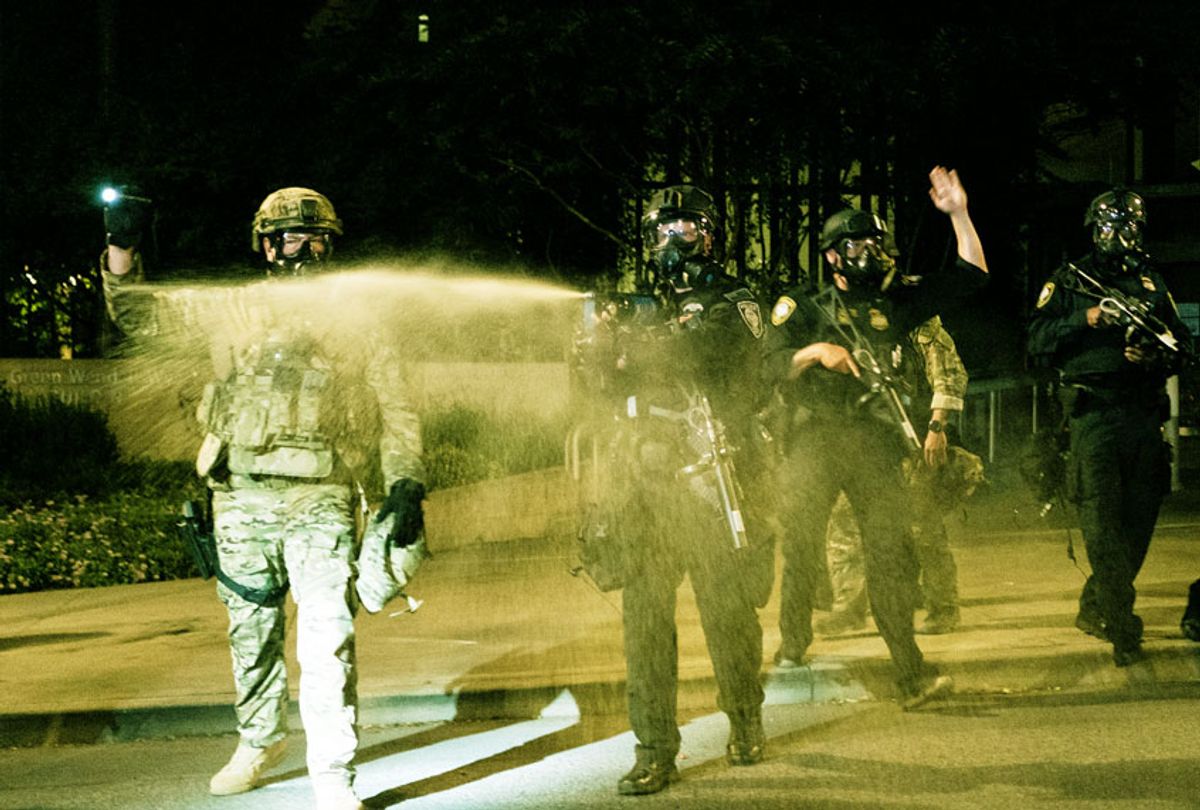 As federal law enforcement officers dispatched to Portland continue to spray protesters with tear gas, activists and observers have gained insight into the specific types of tear gas being used to harm them. It turns out that some of the tear gas being used comes from expired cans, or contains chemicals that some allege cause reproductive health problems.

Indeed, reports abound of expired tear gas canisters discovered by activists, everywhere from Portland, Ore. to Cary, N.C. Experts are concerned that the gas may become more potent or dangerous if used after an expiration date, and note that little scientific testing has been done on expired gas.

"The fact that they have expiration dates makes it deeply concerning that they're using expired tear gas," Dr. Rohini J. Haar, an adjunct professor of epidemiology at University of California, Berkeley School of Public Health who focuses on human rights issues, told Salon. "It's really difficult to know what the breakdown products are because manufacturers are not transparent about what exactly is in those canisters — the solvent, the combustibles and all of that." After noting that there is no evidence about whether expired tear gas is more or less dangerous, Haar argued that the bigger problem is that we do not know what is in the canisters in the first place.

"I think some transparency about what chemicals are in there would give us some insight into how they break down and what the degradation products are. We don't have that information," Haar explained.

Anecdotal evidence from those exposed to tear gas suggest that it might cause reproductive health problems for people with uteruses, including missed periods and even miscarriages. A health group associated with the Portland protests recently posted stories protesters experiencing reproductive health problems after exposure to tear gas. A report in Teen Vogue chronicled a number of cases in which people with uteruses claimed to menstruate after being exposed to tear gas, regardless of when their first period occurred. The people making these claims include members of the trans community who said that this happened despite taking testosterone, and an Ohio protester named Charlie Stewart whose period was so severe that they could not go to work.

Writing in The Nation in 2014, Michelle Golberg noted that Chile temporarily suspended the use of tear gas in 2011 "after a University of Chile study linked it to miscarriage and fetal harm." She added: "Investigating the use of tear gas in Bahrain in 2012, Physicians for Human Rights found that local doctors were reporting increased numbers of miscarriages in exposed areas. And UN officials have connected tear gas to miscarriages in the Palestinian territories."

Previously, Scientific American interviewed a Duke University professor of anesthesiology who claimed that more miscarriages were reported among pregnant women exposed to tear gas during the Arab Spring. Rewire News reported that some protesters at the Dakota Access Pipeline protest claimed not to have gotten their period for an entire year after being gassed multiple times.

Yet the consensus among the scientific and medical community is that the relationship between tear gas and reproductive health is under-researched. Indeed, two doctors who spoke to Salon expressed cautious skepticism about the potential reproductive consequences of tear gas exposure.

"While there are well-documented severe injuries and deaths from chemical irritants, there is scant rigorous experimental or epidemiological research into the impacts of tear gas on pregnancy-related outcomes," Dr. Michele Heisler, medical director of Physicians for Human Rights and professor of public health and internal medicine at University of Michigan, told Salon in a written statement. "That being said, despite the lack of research, we know that tear gas is inherently indiscriminate and law enforcement should only use this crowd-control weapon as an absolute last resort, when all methods of peaceful resolution have been exhausted. Pregnant women, as well as anyone with underlying health conditions, should also exercise caution in situations where chemical irritants may be deployed."

"I think it's really important to hear women's voices and listen to what they're reporting about their own experiences, but there is scant medical evidence to prove that," Haar told Salon when asked about the concerns about reproductive health issues. "I'd be concerned about saying anything else because there are significant risks to making these kinds of claims without really justifying them, particularly if you're a woman and especially in other countries, or if if you're not totally liberated and women are being intimidated away from protesting."