"It's Lindsey who the people of South Carolina can't recognize," Harrison says in a statement to Salon 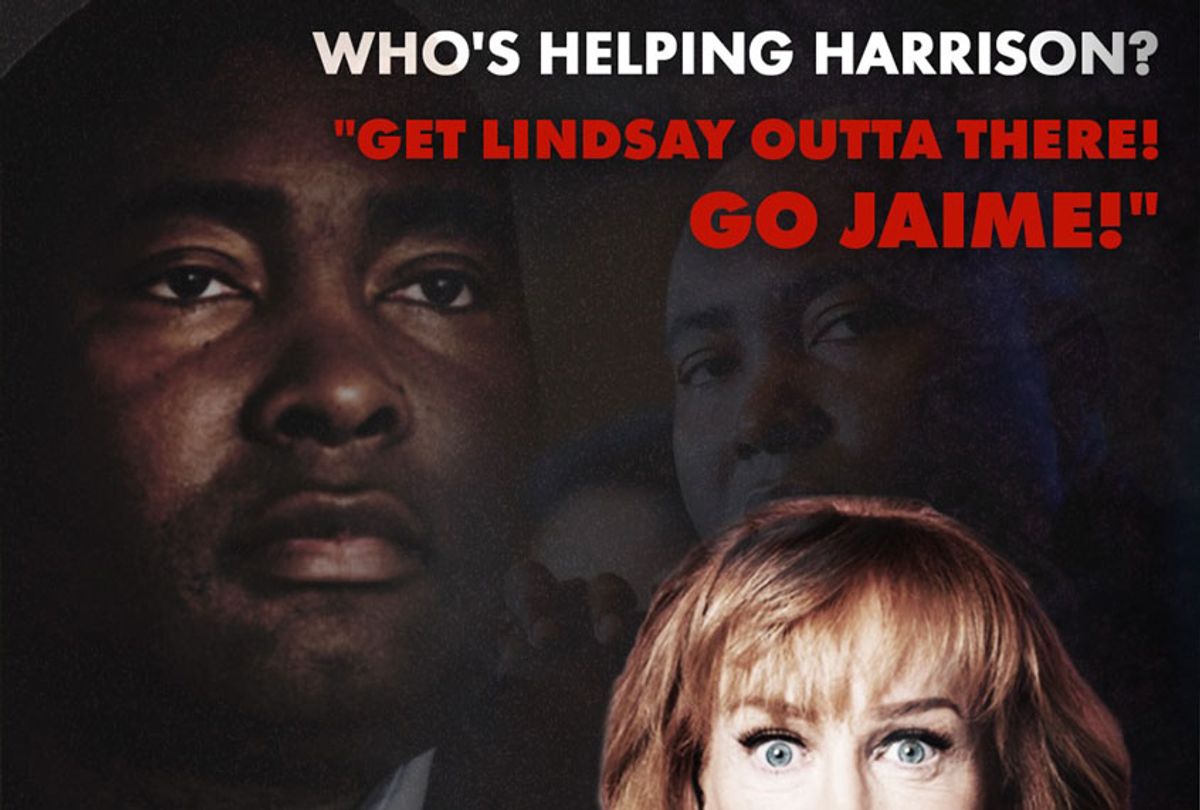 The image, which was originally published in the New York Times, relocates Harrison from a brightly-lit professional background to a dark background that is nondescript. Harrison, whose skin is noticeably darker, is juxtaposed with comedian Kathy Griffin, who is white and has red hair. Another more faint image of Harrison floats above her head.

"Hollywood continues to bankroll my opponent, raising tens of thousands in campaign cash to attack me, but they fail to understand this simple fact: South Carolinians won't stand for Radical Leftists telling them how to think and how to vote," the Facebook post's caption reads. "Are you with me?"

Here's a side-by-side comparison of the two images:

Harrison condemned the ad in a statement to Salon, in which he recast Graham as the unrecognizable candidate.

"Lindsey Graham is playing a part in a 400-year history of an Old South that had no room for people who looked like me," Harrison said in the statement. "More than 83,000 South Carolinians have tested positive for COVID-19 and over 1,500 have died from the virus. Our state is hurting right now, and we must keep our eye on the ball and fight for the people of the Palmetto State."

"Lindsey Graham might have darkened my face — but it's Lindsey who the people of South Carolina can't recognize," he added.

The Graham campaign did not immediately respond to Salon's request for comment. A spokesperson called the incident a "non-story" in a statement to CNN.

"It's sad that detractors are making up fake accusations about this graphic — intended to highlight Jaime Harrison's support from Kathy Griffin, a liberal actress who once posed with a fake severed head of Donald Trump," T.W. Arrighi, the Graham campaign's communications director, told the outlet.

"The artistic effect used, the same one that was used on Senator Graham just two days before in a video, is a non-story," Arrighi continued. "The only people who want to shift focus from policies important to South Carolinians — like creating jobs and bringing our medical supply chain back from China — are liberal detractors who are trying to hide their radical positions."

But the only current video from the campaign's Facebook page from that time frame featuring Graham is a clip from a meeting with South Carolina healthcare administrators.

The attack ad comes as political leaders wrangle with the partisan fallout from the national reckoning on race which has gripped the country in the wake of George Floyd's death in police custody.

Harrison's communications director Guy King called on Graham to remove the video and donate the money generated from the ad to a civil rights organization. King called the move "the oldest trick in the book" and a "desperate measure" that shows "how scared he is from our grassroots movement" in a statement to Salon.

The South Carolina Democratic Party, which Harrison chaired, tweeted that the state "will elect (Harrison) regardless of what kind of stunts Lindsey tries to pull."

"We don't care how dark a person's skin might be," the party added. "We vote for the person, not their skin pigment. We all know Jaime and know a fake photo."

Though South Carolina is typically viewed as an intransigent conservative stronghold — Graham beat his 2014 Democratic opponent by nearly 16 points — Harrison has challenged that truism, topping Graham's fundraising in both quarters this year, including more than double in the second quarter.

This week the Harrison campaign released results from an internal mobile and landline phone poll showing the candidates in a statistical tie. An online poll conducted in May found that 56% of South Carolina voters held an unfavorable view of Graham, while only 35% took a positive view. Though registered Republicans still dominate the state, Harrison claimed an 18% lead among independents — 46% to 28%.