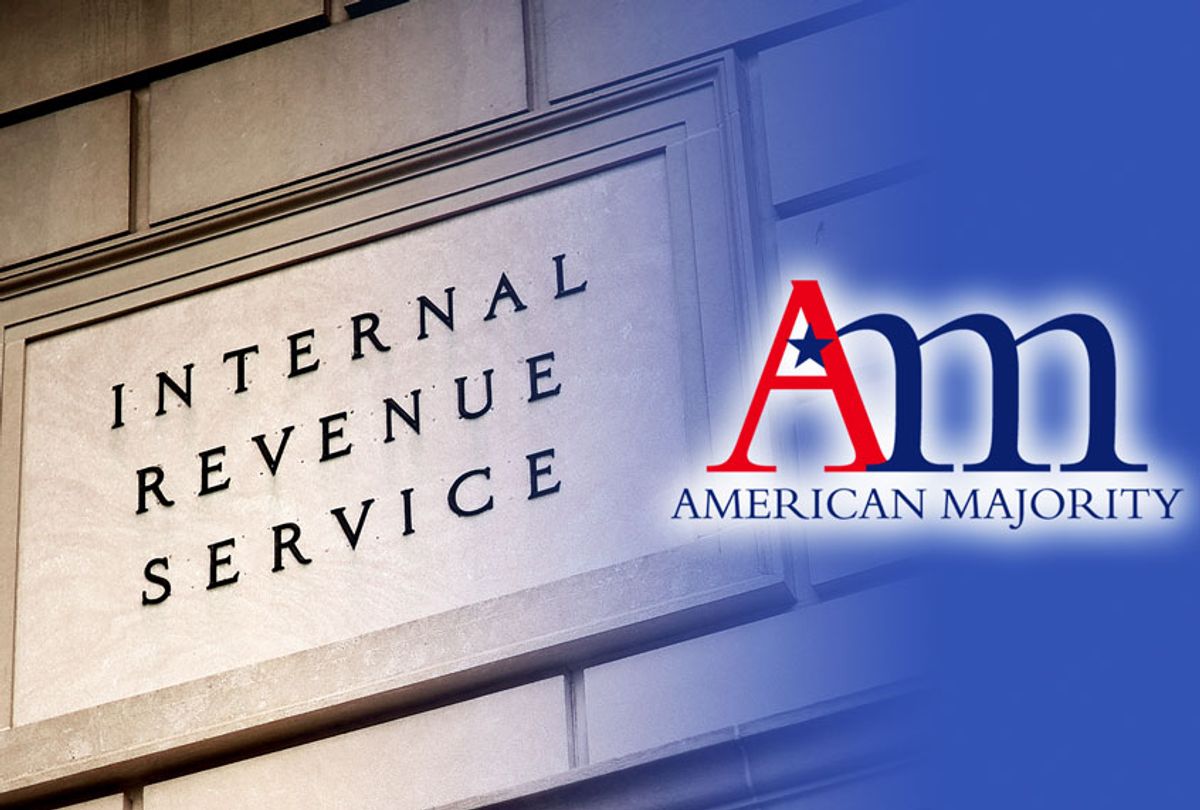 A nonprofit public watchdog filed a complaint Thursday with the Internal Revenue Service, the state of Wisconsin and the California attorney general's office accusing the conservative activist group American Majority (AM) of violating the federal tax code and various state laws.

The complaint, filed by the nonpartisan Campaign for Accountability (CfA) and exclusively obtained by Salon, accuses the nonprofit and its related dark-money advocacy arm, American Majority Action Inc. (AMA), of unlawfully putting more than half its expenses toward political activity and concealing donor information from regulators.

Additionally, the watchdog alleges that the groups' founder and CEO, Ned Ryun, has engaged for years in inappropriate self-dealing through a complex web of transactions.

"Ned Ryun claims that American Majority and American Majority Action are nonprofits working for the public interest. A close reading of their tax returns suggests, however, that these groups may be violating tax law and improperly funneling money to Mr. Ryun," Daniel E. Stevens, CfA executive director, told Salon in a statement.

"State and federal regulators should investigate whether Mr. Ryun's management of these nonprofits is violating the law," Stevens added.

American Majority describes itself as "the nation's premier conservative training organization." Its purported mission is to establish and maintain a solid grassroots political infrastructure to organize and support new conservative leaders.

The group's shadow entity, AMA, however, has a tax status that legally bars it from engaging primarily in political activity. AMA describes itself as "a national conservative organization dedicated to engaging citizens in the political process."

Tax filings over the years show that the organizations raised about $27.8 million between 2008 and 2018, but the complaint points out numerous inconsistencies.

First, the complaint alleges that AMA engaged primarily in political activity. AMA claimed about $414,000 in total expenses on its 2016 tax filings, but disclosed spending $350,000 of that — or approximately 85 percent — on "direct and indirect political campaign activities."

If true, that suggests a violation of the federal law that prohibits 501(c)(4) nonprofits from engaging primarily in political activity.

American Majority also appears to have reported incorrect information to the state of California regarding a major donor, a move that CfA says was intended to deceive regulators. That donor, according to the complaint, is Leonard Leo, former executive vice president of the Federalist Society, a conservative advocacy group that has had enormous influence in Donald Trump's judicial appointments.

Leo has reportedly been linked to Donors Capital, but CfA's research does not show him to be an employee or officer. Instead, audits suggest that those two $500,000 donations came from the same donor, attributed to Leo one year and to Donors Capital the next.

The complaint alleges this is an attempt to hide the true source of the funds, because Donors Capital has been reported to fund anti-climate science activities and Islamophobic organizations, and has been characterized as something of an "ATM" for conservative dark-money donors.

Finally, the complaint details a complex scheme to secretly move money between nonprofits and for-profit entities in the interest of AM and AMA board members. The organizations kicked substantial amounts of money to Ryun himself, while simultaneously reporting massive losses.

"Mr. Ryun appears to have built a network of organizations designed to funnel money to his for-profit companies and pay himself a salary. State and federal regulators should not allow Mr. Ryun to take advantage of nonprofit tax laws designed to support organizations that benefit the public, not private individuals," Stevens said in his statement to Salon.

The filing points out that in 2011, American Majority and AMA created a holding company called AM Action LLC. That holding company then set up a for-profit data firm, Voter Gravity Inc, and briefly invested in another data firm called Political Gravity.

Although AM and AMA delivered hundreds of thousands of dollars to AM Action LLC, the complaint says, that company still lost "a staggering amount of money."

The two nonprofits haven't disclosed additional contributions or loans since 2015, but the holding company, AM Action LLC, has reported a negative income totaling more than $1.7 million, according to the document.

AMA itself later reported a negative $953,544 adjustment in 2016, the complaint says, "perhaps as a recognition of this poor investment."

Ryun's nonprofits don't appear to have received a return on their investment in Voter Gravity. According to the complaint, those numbers "represent a staggering loss" for the nonprofits.

"AMA appears to have reported to the IRS that the value of Voter Gravity declined dramatically and that AMA's ownership interest share in Voter Gravity is now negative," the complaint says. Beyond the losses, AMA allegedly took out nearly a million dollars worth of loans on behalf of Voter Gravity.

"Despite this bleak financial picture, Voter Gravity continued to pay a salary to Mr. Ryun," says the complaint, detailing payments over several years that he received from all three entities, even as he declared massive losses.

CfA filed the complaint on Thursday morning, and you can read it here. American Majority did not reply to Salon's request for comment.