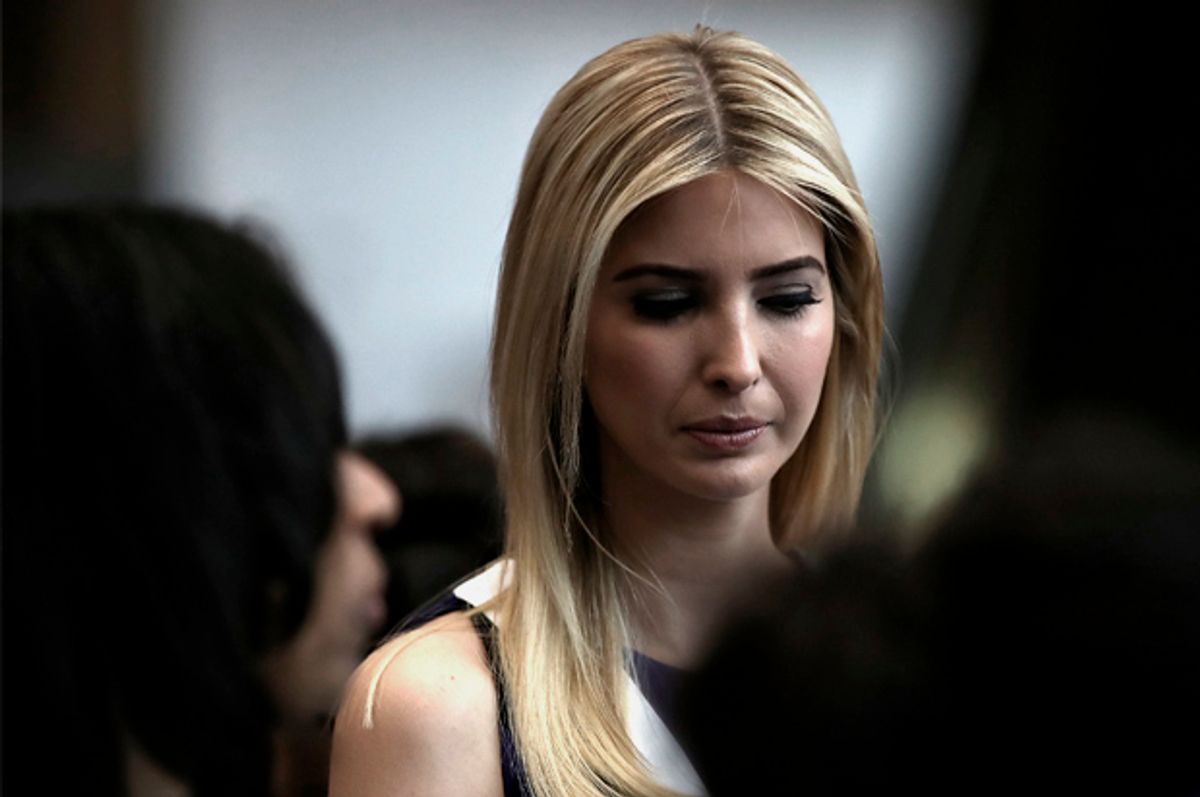 President Donald Trump's older daughter and her husband made tens of millions of dollars while serving in the White House.

"Ivanka Trump and Jared Kushner earned at least $36.2 million as they served in the White House last year, reporting a boost in income from some companies they own that hold residential and commercial properties, new disclosures released Friday show. President Trump's daughter and her husband, who both serve as top advisers to him, reported a minimum combined income that was at least $7 million higher than in 2018, when they reported making at least $29 million, according to their personal financial disclosures, which they are required to file annually," The Washington Post reported Friday.

Federal ethics rules only require disclosures in broad ranges, so an exact amount cannot be determined by examining the filings.

"Their minimum income was lower last year than it was in 2017, the year they entered government service, when they reported earning at least $82 million, the disclosures show," the newspaper noted. "Still, the filings, which were submitted last month and released Friday, show that the couple continue to collect huge sums from their outside businesses even as they work inside the administration. Their combined income last year ranged from $36.2 million to $157 million, according to a Washington Post analysis of the disclosures."

The two also have significant liabilities.