Trump has been vehemently railing against voting by mail, making the baseless claim that it is a recipe for fraud 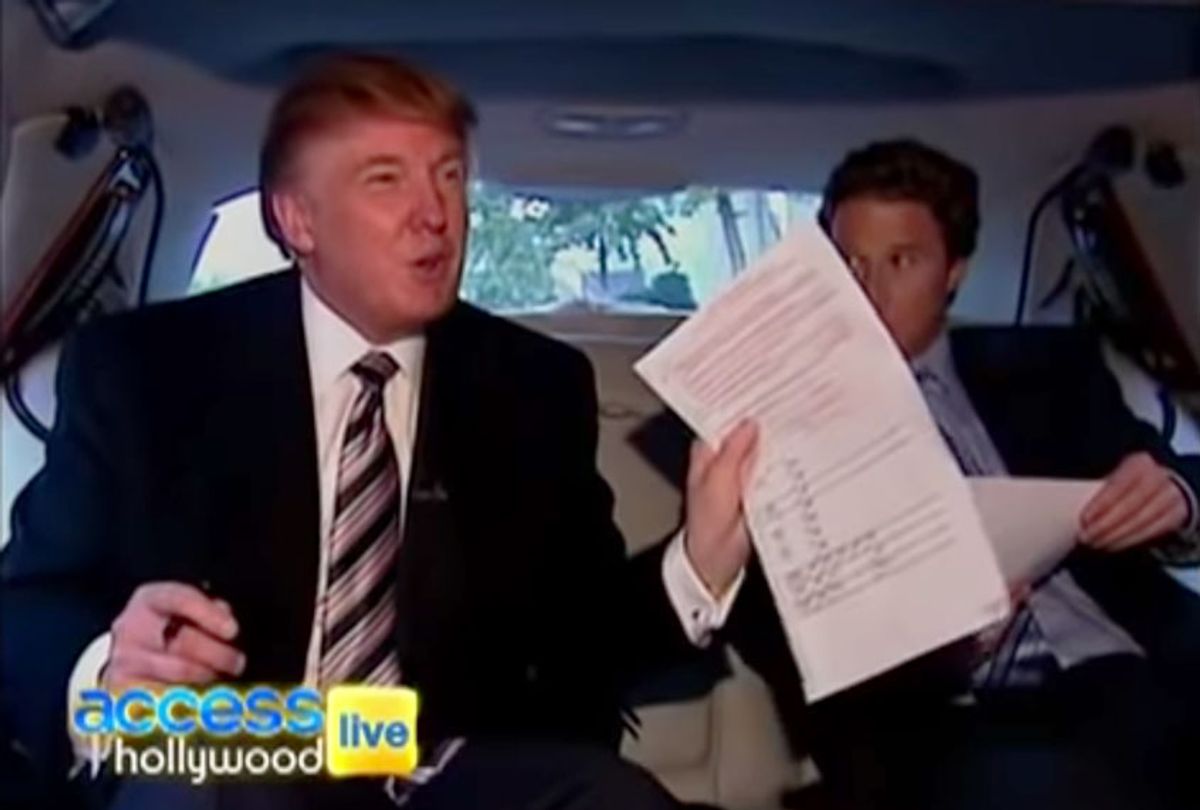 Back in 2004, Billy Bush followed Donald Trump as he was going to vote in New York City, but things turned sour very quickly when a mix-up occurred with The Donald's polling location. (Access Hollywood/Youtube)
--

President Donald Trump has been vehemently railing against voting by mail, making the baseless claim that it is a recipe for voter fraud — and even making the outrageous suggestion, on July 30, that perhaps the United States should delay its 2020 presidential election because of it. Trump, however, has a history of voting by mail. And an "Access Hollywood" video from 2004 shows Trump threatening to vote by mail after struggling with voting machines.

CNN's Paul LeBlanc explains that the "Access Hollywood" segment "shows Trump alongside TV host Billy Bush visiting multiple New York City polling locations. Trump, however, is blocked from voting at each location, because he is not on any of the voter rolls at each stop."

Trump, according to LeBlanc, becomes "increasingly frustrated" and says, "I'm going to fill out the absentee ballot."

When the segment ends, Trump is seen filling out a provisional ballot in his car and says, "I just voted. At least you can say the Trumpster doesn't give up."