Made with rice, brown sugar, and cinnamon, horchata is the ideal way to mellow out homemade cold brew concentrate 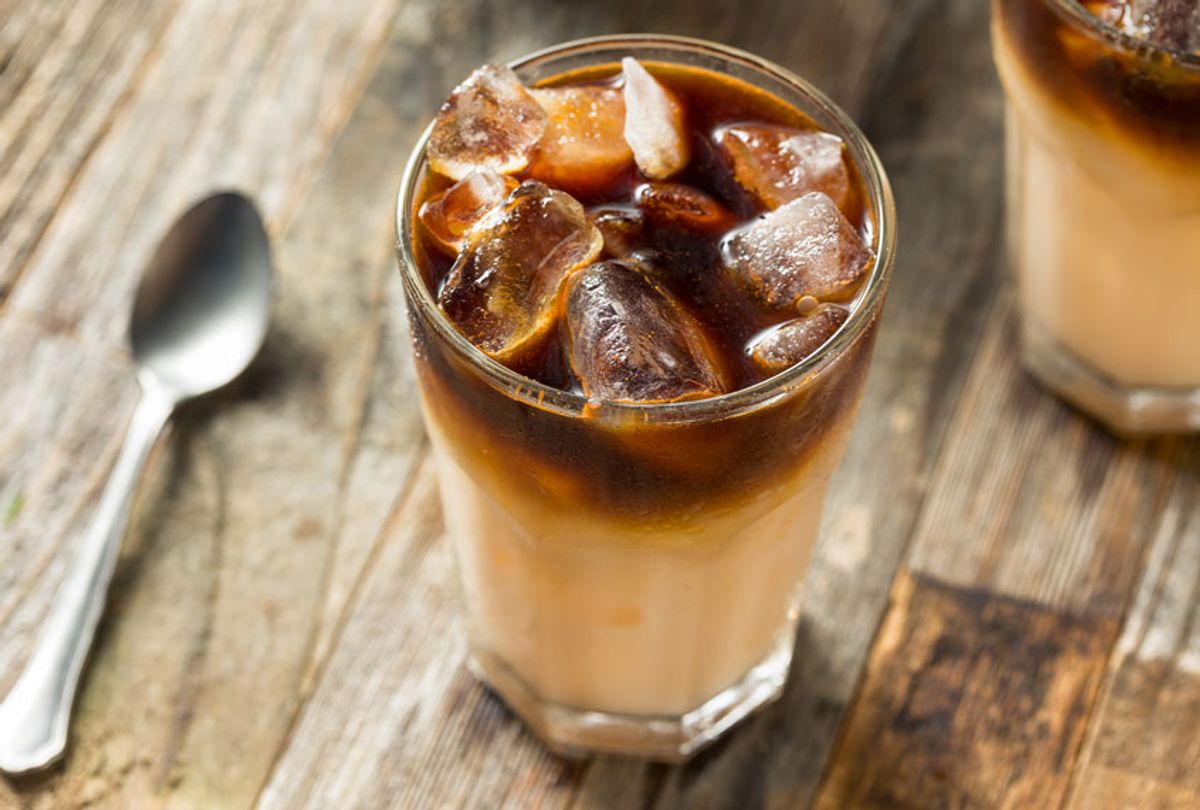 During the height of summer, I tend to drink iced coffee from sunrise to just before dinner. While I tend to like my cold brew like jet fuel on ice, occasionally I want something to cut both the bitterness and the caffeine. Enter the horchata cold brew.

Horchata de arroz — which is a traditional drink in Mexico and Guatemala — is made by soaking, straining, and sweetening rice and water. Mixed with cold brew concentrate, it adds a little sugar, spice, and creaminess to the blend (don't forget to add your cold brew ice cubes, too!).

Plan ahead. Both the horchata and the cold brew concentrate need time to sit overnight, but trust me, it's worth the wait.

For the horchata, place the rice, 1 cup of water sliced almonds, and cinnamon sticks in a high-powered blender or spice mill and pulse until the mixture is coarsely ground. You can also use a mortar and pestle if you prefer, but it'll just take a little extra time and elbow grease. Transfer to a large bowl, add the remaining water, and cover — allowing the mixture to chill in the refrigerator overnight.

The next morning, add the milk and brown sugar to the mixture, then strain it through a cheesecloth or fine-mesh sieve into a pitcher for storage.

For the cold brew concentrate, combine the ground coffee beans and water in a large mixing bowl and allow it to sit, covered, for at least 12 hours. Use a cheesecloth or similar fabric to line a fine-mesh sieve, then strain the mixture into a large pitcher.

Add ice to a glass, followed by ½ cup of horchata and ½ cup of cold brew concentrate. Give it a quick stir then garnish with powdered cinnamon.