Police violence and pollution are more connected than we might realize 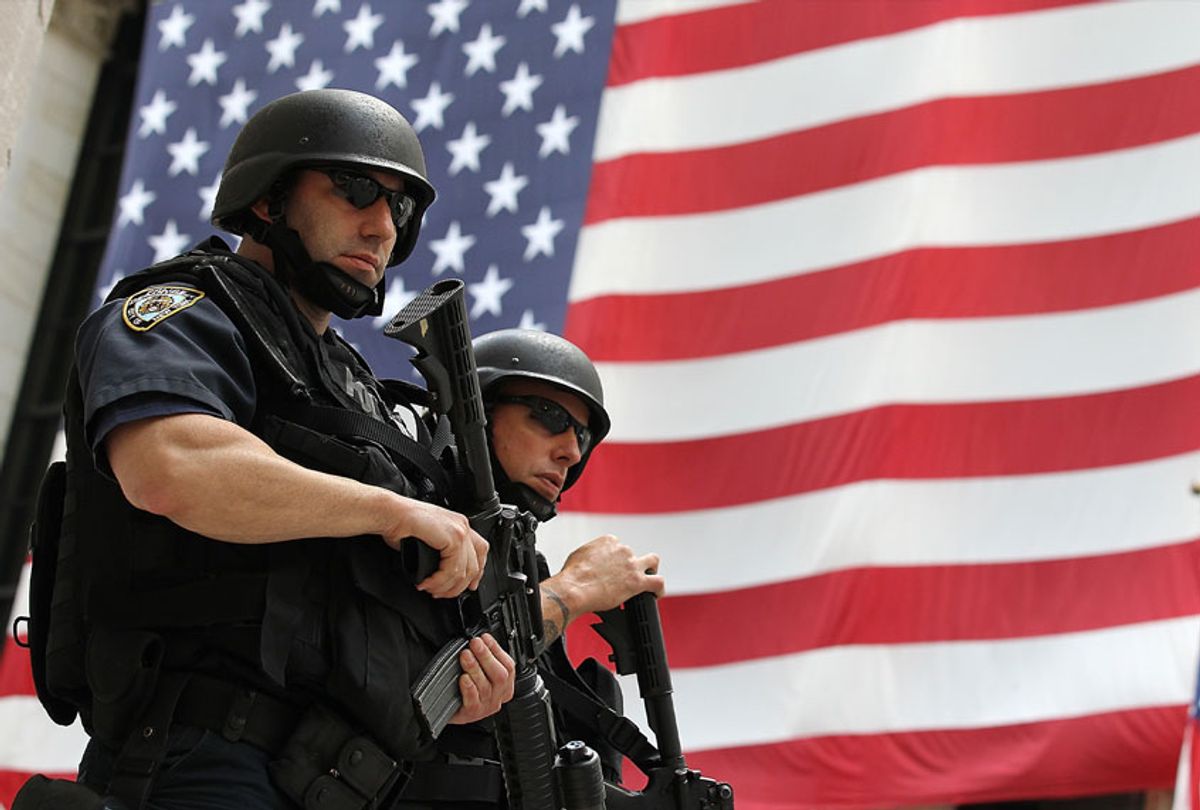 Police violence and pollution are more connected than you might realize — and they have financial ties too. A new investigation documents how the fossil fuel industry finances police groups in major U.S. cities while polluting majority Black and brown communities.

The report from the Public Accountability Initiative and LittleSis, a nonprofit corporate and government accountability research institute, details how oil and gas companies are funding police foundations around the country, from New Orleans to Detroit. In some states, the fossil fuel industry has also supported laws to criminalize pipeline protests.

According to the report, the oil giant Chevron is a "Corporate Partner of the Police" for the New Orleans Police & Justice Foundation and a board member of police foundations in Houston and Salt Lake City. Meanwhile, community members in Richmond, California, a city that is disproportionately Black, have been fighting against pollution produced by one of Chevron's biggest refineries.

It's not just oil and gas companies; the report also looks into private utilities and financial institutions with fossil fuel investments. Exelon, the country's largest utility company, which in 2019 settled a pollution lawsuit in the Chesapeake Bay for $200 million, has donated to police foundations in Baltimore, Philadelphia, Chicago, and Washington, D.C. JPMorgan Chase, the top global bank financing fossil fuels, is also a corporate partner for the New Orleans Police & Justice Foundation, and in 2011 donated $4.6 million to the NYC Police Foundation. Wells Fargo, the second biggest financier of fossil fuels, has ties to police foundations in Charlotte, Seattle, Atlanta, and Salt Lake City.

Chevron told the Guardian that the firm is a "good neighbor" and invests money into various community programs and partnerships. Meanwhile, Exelon told HuffPost that just "a fraction" of its overall donations to nonprofits went to police foundations.

The report comes as the ongoing COVID-19 pandemic exacts a disproportionate tollon Black, Latino, and Native communities, fueled in part by environmental racismand disparities in pollution exposure. The authors state that "divesting from fossil fuels and fighting to end environmental racism goes hand in hand with defunding the police in the fight for racial justice and reinvestment in Black and Brown communities."

As the protest movement against anti-Black racism and police brutality continues, activists are pointing out more of the connections between policing, pollution, and climate change. "From policing to financial violence, the road to solving the climate crisis includes addressing connected predatory systems," Tamara Toles O'Laughlin, the North America director of the climate group 350.org, told the Guardian. "We support the demand to defund and divest from the police and fossil fuels, and to reinvest in the resilience of people and planet for a just recovery."