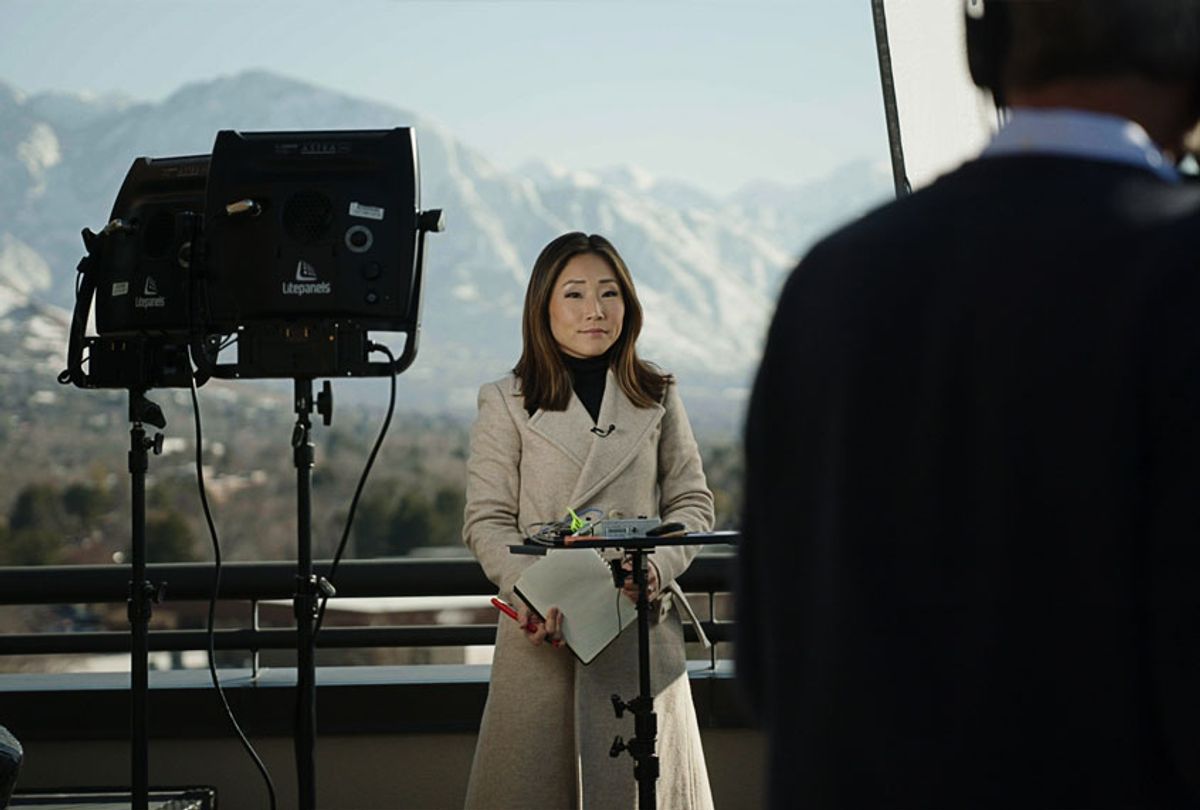 CNN national correspondent MJ Lee in "On the Trail: Inside the 2020 Primaries" (CNN/HBO Max)
--

Nothing good has come from Donald Trump's relentless demonizing of the mainstream media, save for the swelling market for series and documentaries dedicated to reminding the public that mainstream journalists are human beings.

The humans of CNN, you see, are not evildoers on a mission to mislead the public, but people whose job it is to get close to the heart of the story and report what they see and hear, lending context when called upon to do so, and who have conversations with their children over breakfast – just like you!

The latest of these humanizing missions is HBO Max's "On the Trail: Inside the 2020 Primaries,"  a whirlwind ride-along with CNN's campaign reporters tasked with covering the primary elections from January 2020 until the novel coronavirus ground the world to a halt.

Worth noting here is that all of the featured players in this 93-minute piece are women and half are non-white staffers. This stands as contrast to Liz Garbus' 2018 docuseries "The Fourth Estate" which among other things exposed how white the New York Times newsroom is.

CNN has plenty of its own work to do in the realm of promoting more Black, Brown, Asian, and Indigenous talent to anchor roles. However, director and executive producer Toby Oppenheimer's choice to elevate the voices of CNN senior national correspondent Kyung Lah; her road partner and video producer Jasmine Wright, and producer Daniella Diaz opens the door to conversations about perspective and bias that aren't adequately aired elsewhere, and certainly not in other projects about the news and newsrooms.

And this is intentional framing on Oppenheimer's part: anchor Dana Bash also appears in "On the Trail" but leaves less of a footprint in the final edit than Lah, Wright, and Diaz.

Simply reading the logline of the film and knowing that it's about CNN reporters and made by CNN films may be all it takes for a person, and not necessarily a Trump supporter, to call into question the film's value as an informational source. To be clear, I'd be wondering that about any nonfiction project about any single specific newsroom produced by or in partnership with that newsroom's management.

The difference here that in following this team as they hang out with Sen. Amy Klobuchar's, Sen. Bernie Sanders' or Massachusetts Sen. Elizabeth Warren's campaigns, or tag along to cover Trump's rallies, a task that fell to CNN White House correspondent Kaitlan Collins, "On the Trail" opens the door to important conversations regarding objectivity and bias, and the deeply flawed tendency to perpetuate false equivalency in the effort to appear objective and unbiased. 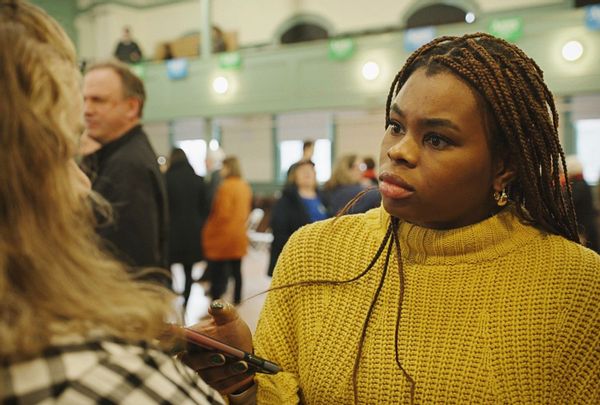 Wright and Diaz also shed light on the field's tendency to sideline the perspectives of marginalized communities in the name of objectivity or bias as they share their own experiences in the newsroom. Diaz, who is embedded with Warren's campaign, says that if she offers her viewpoint to a piece as a Latina, she may be accused of bias. So, she asks, does this mean whiteness itself equals objectivity?

In a lengthier sequence, Wright watches "The View" co-host Sunny Hostin grilling Amy Klobuchar about her handling of a Black teenager's conviction when she was a county prosecutor and in frustration points out that her colleagues should have been asking such questions a long time ago as opposed to allowing a daytime talk show host to scoop them.

What the media does wrong, she says in the film, is not creating space for these conversations earlier and understanding the issues that are really affecting Black people. But when she or her colleagues pitch those stories, she says she's told that such perspectives aren't relevant to Iowa primary voters or people in New Hampshire.

Keep in mind, this was filmed in February.

"On the Trail" debuts in the same week that Gallup and Knight Foundation released the results of its survey titled "American Views 2020: Trust, Media and Democracy," which, among its findings, says that 84% of Americans believe the news media is either critical (49%) or very important (35%) to democracy.

At the same time, nearly three-quarters of the people surveyed – around 73% – say they see the amount of bias in supposedly objective news reporting as "a major problem."

None of this is particularly shocking – distrust of the media has been escalating for years and keeps on hitting new "all-time" highs with each passing year, reliably spiking during election seasons. The current administration's relentless disinformation campaigns against science and the journalistic profession isn't helping.

However, the survey also implies that the public can't quite agree on how to define the basic ailments from which the news industry suffers. Take the bias complaint: the report says that 69% of Americans are more concerned about bias in the news other people are getting than say they are about their outlets of choice being biased.

This is not to say a decline in objectivity isn't a problem. But as we absorb Wright's prescient observation, which was made months before the nation found itself in the midst of some version of a reckoning with its historical tolerance of systemic racism, it also leads a person to question how the industry and the public defines bias.

By pondering aloud how campaign trail coverage decisions are made, Wright, Diaz and Lah remind us that the concept of objectivity was forged in a media landscape still dominated and weighted toward favoring the white hegemony that has molded American culture since . . . always.

Granted, this is my take, not anything said by the "On the Trail" subjects. Their own accounts and personal histories make the documentary uniquely important to watch in this moment. Kyung Lah's family immigrated to the United States from Korea when she was very young. Diaz comes from a working-class Mexican American family and grew up in a Texas border down.

Wright was raised in Chicago by politically active professionals.  And as each points out at various points in the piece, they bring points of view to their work that differ from those of their white peers that enliven the piece in a ways that the expected pieces, like Collins' stone-faced reaction to being booed during a Trump rally, do not.

All the while, the haunting presence of the pandemic hovers in the background, inserting a tension unique to this piece that slowly and steadily emerges . . . until it inevitably joins the narrative as a featured guest.

The notion of humanizing the people who make the news shouldn't be, for lack of a more elegant phrase, a thing. We're talking about a profession requiring the people who do it to make their names and faces public along with their reputations, and that has always come with personal risk. Generations of men and women are called to enter the profession anyway.

Sadly, I doubt the average person would be compelled to sit down to "On the Trail" to gain that understanding, which Lah likely accepts.

"I always now deal in a world where I'm not sure if people believe me," she says. "We're supposed to be the first draft of history. If we can't even agree that what we're writing is the truth, how do you make a decision in an election?"

"On the Trail: Inside the 2020 Primaries" is currently streaming on HBO Max.