Black elected leaders are being challenged by a new wave of progressives of color. They're not happy about it 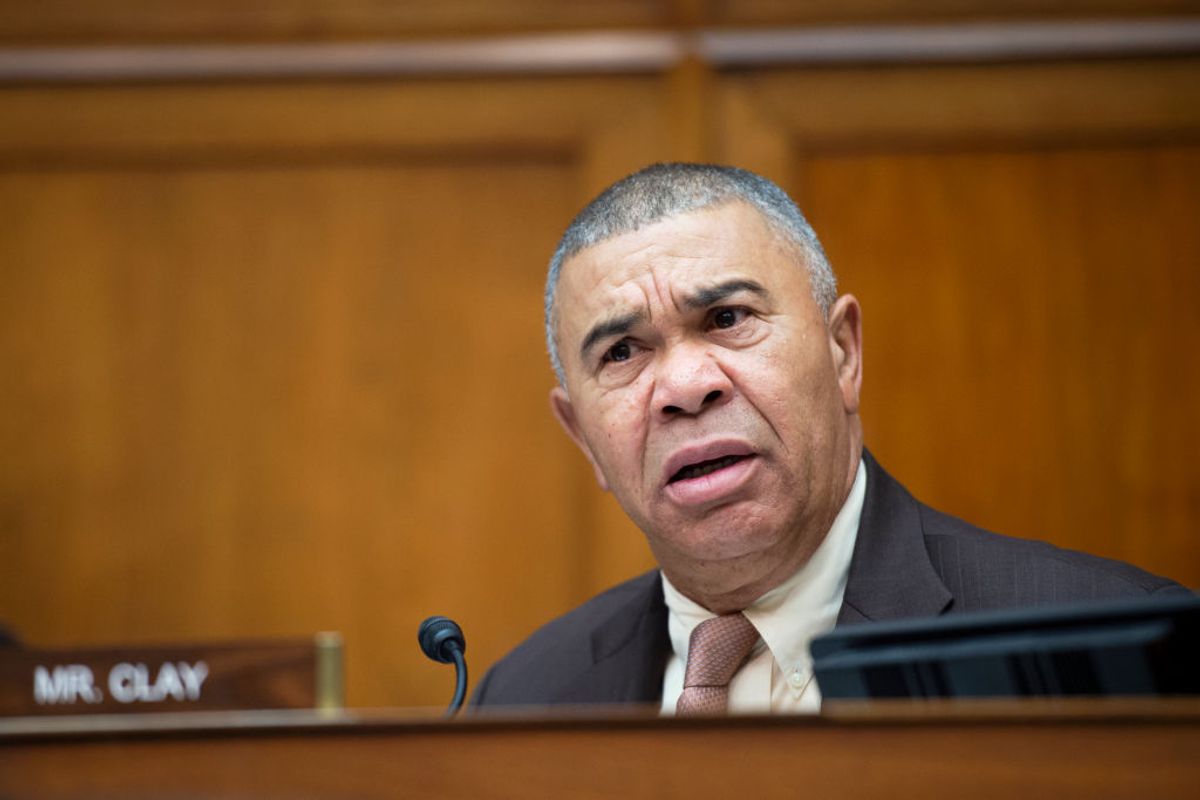 Some prominent Black Democrats have blamed "outside money" linked to Sen. Bernie Sanders and white "gentrification" after a growing number of young Black progressives scored upset victories over longtime Black leaders in federal and local primaries.

Progressive candidates backed by groups like the Democratic Socialists of America (DSA) and Justice Democrats have challenged longtime lawmakers in droves after Rep. Alexandria Ocasio-Cortez, D-N.Y. won a stunning upset over former Rep. Joe Crowley, D-N.Y., the longtime No. 3 Democrat in the House of Representatives, in 2018.

Jamaal Bowman, a DSA-backed middle school principal, last month defeated longtime Rep. Eliot Engel, D-N.Y., the powerful 16-term chairman of the House Foreign Affairs Committee who drew support from powerful members of the Congressional Black Caucus (CBC). Engel complained that intra-party primary challenges were a "very dangerous thing for party unity" even though he won the seat in a primary in 1988.

Some of the challenges have targeted longtime Black leaders, who have complained that the progressive insurgency risks undermining the work of longtime Black lawmakers amid Black Lives Matter protests around the country.

Last week, Black Lives Matter organizer Cori Bush, who was backed by the Justice Democrats, defeated longtime Rep. Lacy Clay, D-Mo., for a seat Clay's family has held for more than 50 years. Bill Clay, the incumbent congressman's father, served in the House for 16 terms and was one of the founding members of the CBC, which adamantly supported Clay's re-election.

Bush, who unsuccessfully challenged Clay in 2018, was outraised by the 10-term incumbent, but outside spending from Justice Democrats and other progressive groups helped level the playing field in the race.

Clay complained about "outside money from sources associated with Bernie Sanders," who had endorsed Bush, after the defeat, even though Bush raised nearly $200,000 less than her opponent.

Rep. Emanuel Cleaver, D-Mo., a former chairman of the CBC, told Politico that the caucus was "quite unhappy" over Sanders' "political trespassing by endorsing [Clay's] opponent."

Cleaver argued that Clay had signed on to co-sponsor Medicare for All and the Green New Deal, showing that he is "no moderate."

Clay himself argued before the primary that Justice Democrats were targeting CBC members "because they think we are easy targets." In fact, the group has only targeted two Black incumbents, and in both cases their challengers were also Black.

Clay dismissed Bush's "empty rhetoric" and argued that a young progressive could not fill his role in the House.

"There is no substitute in life for substance," he said. "Substance is so relevant to people. That's why there's been a Clay there for the last 52 years."

Critics pointed out that both Clay and Cleaver helped Republicans approve a gerrymander in 2011 that secured a legislative majority for the GOP while drawing safe districts for the two Black lawmakers. Bush, who gained prominence for her role in the 2014 Ferguson protests after the police killing of Michael Brown, also criticized Clay over his absence during the demonstrations.

"He's had 20 years to make a change, not only in St. Louis but across this country," she said, according to the New York Times. "He waits until something is popular to stand up for it, or he waits until there is pressure. I do it just because that is the need."

Ahead of the primary, Clay launched a deeply negative campaign against Bush and described her as a "prop" for Justice Democrats and Sanders supporters.

"I had no title, no name, came out of the Ferguson uprising and people know who I am across the world," Bush responded in an interview with the Times. "Not because I took money from some group — none of that. It is because I stayed true to a message of change for real people. He doesn't understand that, because he doesn't understand fighting for people."

Bowman also pushed back against criticism from the CBC by quoting rapper Chuck D.

"Every brother ain't a brother," he told the Times. "So it's not just about being a member of the Congressional Black Caucus, but standing up and fighting for your people."

While progressives have seen limited but growing success in House primaries, their wins have been more notable in down-ballot races. Progressive candidates have scored significant wins in prosecutor elections in Arizona, Michigan and Colorado and state legislative races in New Mexico, Pennsylvania and Tennessee.

Assemblymember Walter Mosley, a Black incumbent in a Brooklyn district that has experienced rapid development and considerable gentrification, was defeated by DSA-backed activist Phara Souffrant Forrest, a Black woman, after being criticized for accepting money from real estate developers. Mosley blamed his loss on "outside forces, coupled with the exorbitant number of people who are first time and ideologically-driven voters."

Laurie Cumbo, the majority leader of the New York City Council, who had endorsed both Mosley and Wright, blamed the "gentrification movement" for the upset defeats.

Cumbo, who herself staved off a primary challenge from Brisport in 2017, falsely claimed that the DSA-backed candidates received "over 75 percent" of campaign contributions from out of state and "mostly Seattle." Less than 1% of solicited contributions to Forrest and Wright were from Seattle, although Crain's New York recently reported that DSA-backed candidates in New York have received significant help from out-of-state finance, tech and nonprofit leaders.

"It is demonstrably false. The majority of donations came from New York," Brisport told BK Reader, adding that "over 900 people from the district donated to my campaign."

Cumbo claimed that these alleged outside interests were targeting Black leaders.

"The ability to elect unknown candidates of color with the backing of a super majority of white organizational support, with no proven leadership in the community … with very sophisticated social media strategies signifies the end of an era in Brooklyn," she said in a Facebook post. "While we all have seen unprecedented support of people of all backgrounds in support of Black Lives Matter, the recent election results demonstrate that while we were chanting Black Lives Matter together, a movement of gentrification was strategizing on how to best unseat Black leadership."

Cumbo claimed that "this new movement" was using "Black candidates as a trojan horse" to advance the "white agenda."

Cumbo, who opposes defunding the New York Police Department, feuded with Brisport after he marched with 200 protesters to her home to demand the City Council slash police funding. She told Kings County Politics that the DSA was using "individuals like Jabari to run for office to carry their agenda until our neighborhoods become majority white." Though "defunding the police" does not poll particularly well overall, surveys suggest it is far more popular among Black voters than white voters.

"The gentrifiers are the real estate lobbyists, the developers, the Real Estate Board of New York (REBNY) that helped Cumbo get elected in 2013," he told BK Reader.

Cumbo has faced similar criticism for years, though she has repeatedly denied that she was in the pocket of REBNY, which has been accused of predatory development policies and reportedly spent more than $200,000 to help Cumbo win her 2013 race.

"Our communities are suffering from multiple angles. There's a lack of access to affordable housing, quality health care, jobs and education," Brisport told BK Reader. "People are looking for candidates who don't just promise those things but actually stand up to the forces that are harming our communities."

"The NYC-DSA state slate swept the primaries because voters understand that we're fighting, alongside other community groups, to keep working class people of color in their homes and neighborhoods," the group said in a statement. "To dismiss our candidates as symbols of white gentrification and out-of-state influence is to deny their agency as working class people of color. Such dismissals also ignore that these campaigns were primarily funded by in-state small dollar donations."

Bush implored Black voters and Black leaders, particularly the CBC, to more closely look at candidates' records "to see what this person has actually done for their district" rather than blindly backing familiar names.

"I don't care that somebody's name was on a membership of something," she told Politico. "That does not entitle them to hold the seat."