Noam Chomsky about 2020: "Election tampering is a huge industry"

"Massive campaign funding in the last days can have a major effect, as seems to have happened in 2016" 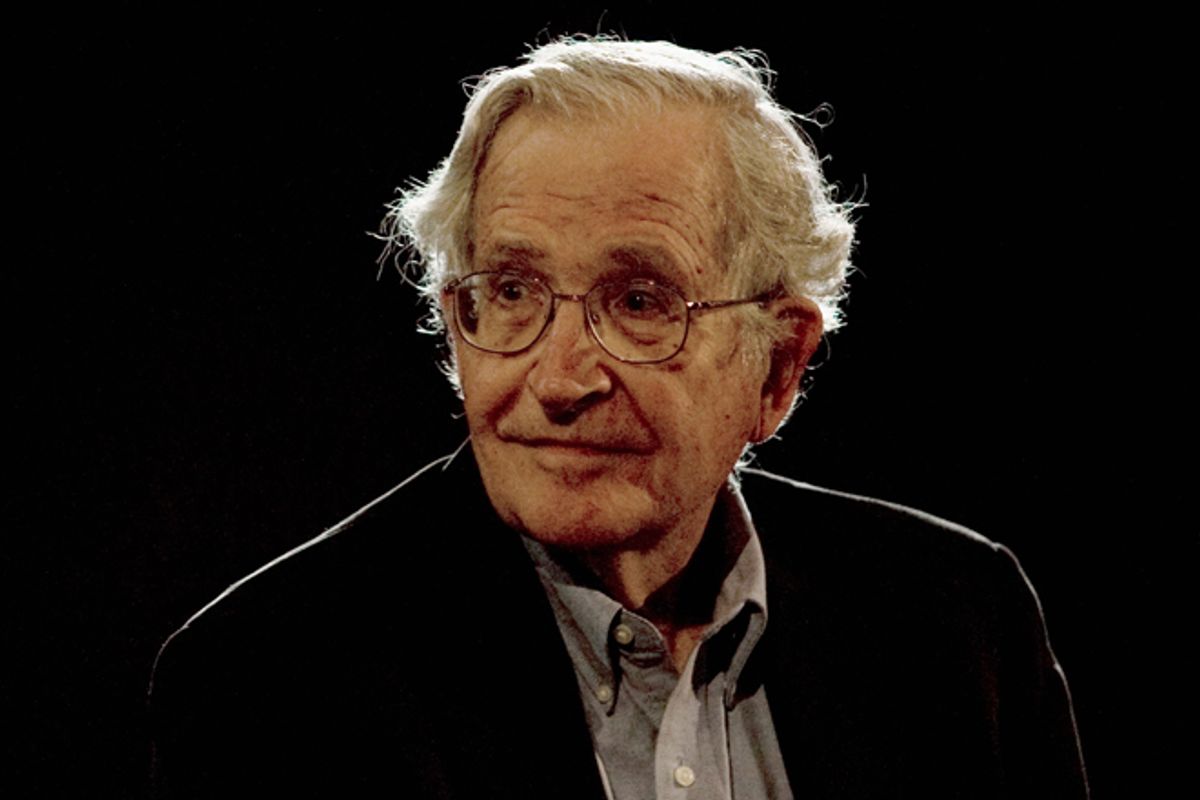 Although Noam Chomsky has often been highly critical of former Vice President Joe Biden and other centrist Democrats, the 91-year-old author is encouraging progressives to vote for him in this year's presidential election — and to keep a close eye on Biden if he wins. But he's also warning that President Donald Trump is still "quite capable" of an "October surprise."

In an interview with writer C.J. Polychroniou for Truthout, Chomsky stressed that despite all the polls showing Biden ahead, a Biden victory is "anything but a sure thing."

Chomsky told Polychroniou, "Election tampering is a huge industry. Massive campaign funding in the last days can have a major effect, as seems to have happened in 2016. The leading specialist on campaign funding, Tom Ferguson, found that a 'dual wave of money' for both president and Senate had a substantial and probably decisive impact in the final days of the '16 campaign."

Chomsky added, "We've already discussed the possibility that Republican interference with mail balloting might muddy the waters. Apart from all of these devices to undermine the limited integrity of elections, Trump is quite capable of an 'October surprise.' It's not hard to conjure up a variety of options. This is no time for letting one's guard down, beguiled by dubious hopes."

Chomsky warned that "popular support for autocracy runs disturbingly high" in the U.S., and he made his point by citing an Ipsos poll that was released last week and addressed "Americans' views on the media."

Noting the poll's results, Chomsky told Polychroniou: "Few signs are clearer than attitudes toward the media. Almost one-fourth of Republicans agree that 'President Trump should close down mainstream news outlets like CNN, the Washington Post and the New York Times.' Twice that number of Republicans, almost half, agree that 'the president should have the authority to close news outlets engaged in bad behavior' and that 'the news media is the enemy of the American people,' engaged in bad behavior. Democrats are not that extreme, but the numbers are not overly reassuring."

If Biden does win in November, Chomsky told The.Ink's Anand Giridharadas, the last progressives should do is give him unconditional support.

Giridharadas, during the interview, told Chomsky,: "Your support for Biden is more than merely grudging. You actually seem to think that the platform is surprisingly good given who he is and given where we are."

"This is not support for Biden," Chomsky said. "It is support for the activists who have been at work constantly, creating the background within the party in which the shifts took place, and who have followed [Sen. Bernie] Sanders in actually entering the campaign and influencing it. Support for them, support for real politics. The left position is you rarely support anyone; you vote against the worst. You keep the pressure and activism going."

Giridharadas asked Chomsky if someone as progressive as Democratic Rep. Alexandria Ocasio-Cortez, one of Sanders' most prominent allies, "could ever become president in this country," he didn't rule out the possibility.

"Well, if you'd asked me 10 years ago whether someone like Bernie Sanders could be the most popular political figure in the country, I would've said you're out of your mind," Chomsky told  Giridharadas. "But it, in fact, happened in 2016, and it's continued to create a significant movement. There are real possibilities. I think if you take a look at the United States in the 1920s, and you asked, 'Could there ever be a labor movement?' you would've sounded crazy. How could there be? It had been crushed. But it changed. Human life is not predictable."