House Democrat rejects DNC platform without Medicare for All 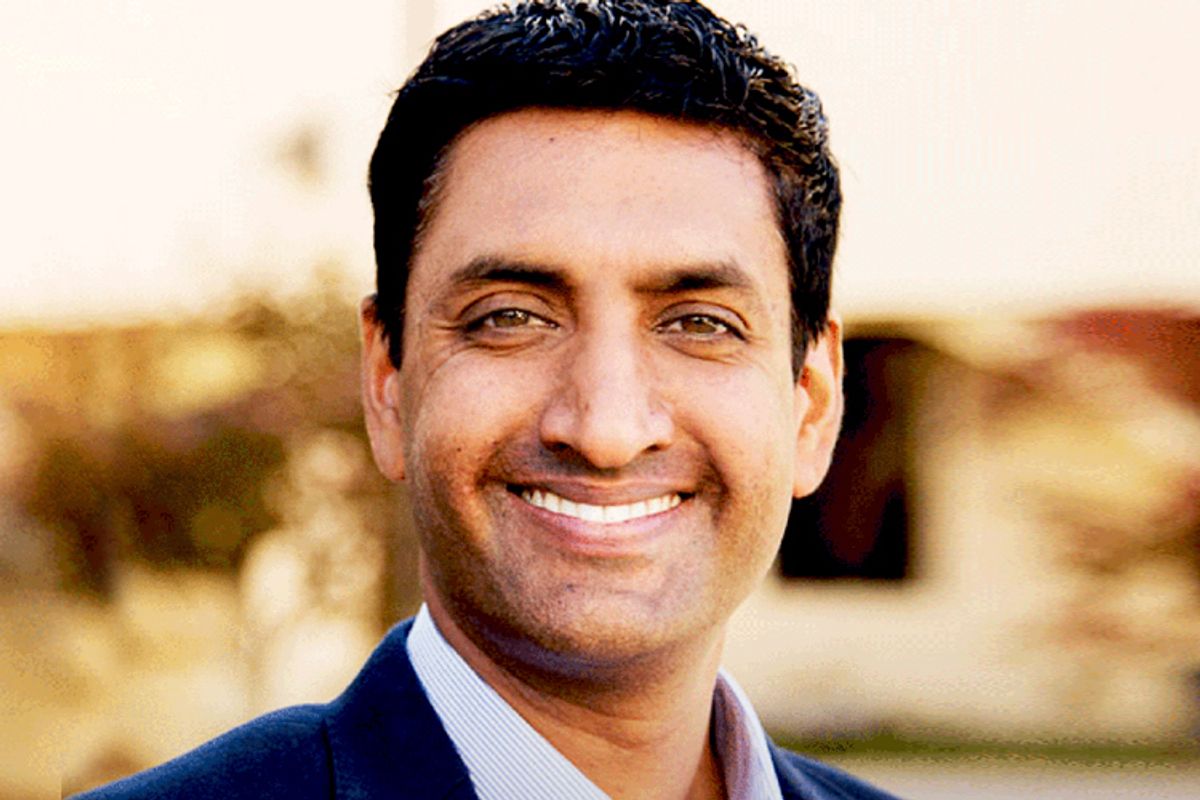 Congressman Ro Khanna, co-chair of the California delegation to the Democratic National Convention, announced in an op-ed for Common Dreams Thursday that he is voting against the 2020 Democratic platform over its failure to endorse Medicare for All, joining what has become a significant delegate revolt against the party's refusal to commit to guaranteeing healthcare as a human right even amid a global pandemic.

"History teaches us that the Democratic Party has sometimes faced an issue so great that it alone should be the yardstick for measuring the wisdom of voting for or against the platform," writes Khanna, pointing to fights over civil rights and the Vietnam war in the party's 1948 and 1968 platforms, respectively.

"In my view, 2020 presents us with another such issue," adds Khanna, who served as national co-chair of Sen. Bernie Sanders' (I-Vt.) 2020 presidential campaign. "I believe that moving away from a profit-based healthcare system is the moral issue of our time. And in the final analysis, because of that belief, I could not vote for a platform that lacks a clear statement supporting Medicare for All."

"I will be voting 'No' on the platform because when we say that healthcare is a human right, we must truly mean it — and fight for it," the California Democrat continues. "I believe if we remain stuck on such concepts as 'affordable' when talking about solutions to healthcare accessibility, we are badly constrained inside a limited debate."

Coming from the head of the nation's largest state delegation to the Democratic convention, Khanna's announcement has the potential to substantially boost the ranks of the more than 750 delegates who are publicly opposing the Democratic platform over its exclusion of Medicare for All.

"While we think it's vital that we elect Joe Biden to stave the destruction that has occurred these past three disastrous years under President Trump and his administration, we will work to ensure that we hold our party accountable to create a country which works for all of us, not just the few," more than two dozen North Carolina delegates said in a statement Tuesday announcing their no votes on the Democratic platform.

Khanna told Common Dreams that he is "inspired by the delegates who are voting no," calling them "the force and energy behind our party."

"They are the future," said Khanna. "I stand in solidarity with them. We will prevail."

As Common Dreams reported, the DNC Platform Committee late last month overwhelmingly rejected an amendment by longtime single-payer advocate Michael Lighty — a Sanders delegate from California — that would have added a Medicare for All plank to the Democratic platform.

In its current form (pdf), the platform includes a nod to "those who support a Medicare for All approach" but does not endorse a single-payer system. The vote against the Medicare for All amendment came just two weeks after a study by advocacy group Families USA found that the Covid-19 pandemic has kicked at least 5.4 million Americans off their insurance.

"Covid-19 makes Medicare for All an urgent moral imperative," Khanna told Common Dreams. "Millions have lost their jobs. They shouldn't lose their healthcare. After this crisis, it should be self evident that a person's health care should not depend on their job."

In his op-ed Thursday morning, Khanna stresses that he plans to "do everything possible to help end the disastrous presidency of Donald Trump, and that means emphatically supporting Joe Biden and Kamala Harris."

Khanna also notes that there is much "progress embodied in the platform," including its support for a $15 federal minimum wage.

But, Khanna writes, "I will cast my one vote of 'No' for every person who has had to ration medication to afford food, or who has lost a loved one because a procedure that a doctor said was needed was not covered in an insurance plan."

"I want my party, the Democratic Party, to address this moral problem with clarity of moral purpose," Khanna concludes. "We are now long past the time when our country should face the cruel injustice of a system that denies healthcare as a human right. And when we face it, we can change it — with Medicare for All."

Asked what it will take to get Medicare for All onto the legislative agenda under a Biden presidency, Khanna told Common Dreams that "ultimately, politicians do not make history but committed movements do."

"This is the time the American people are open to the need for guaranteeing healthcare for everyone," said Khanna. "If we continue to mobilize, we can secure a vote in the House and the Senate and send a bill to Joe Biden's desk."