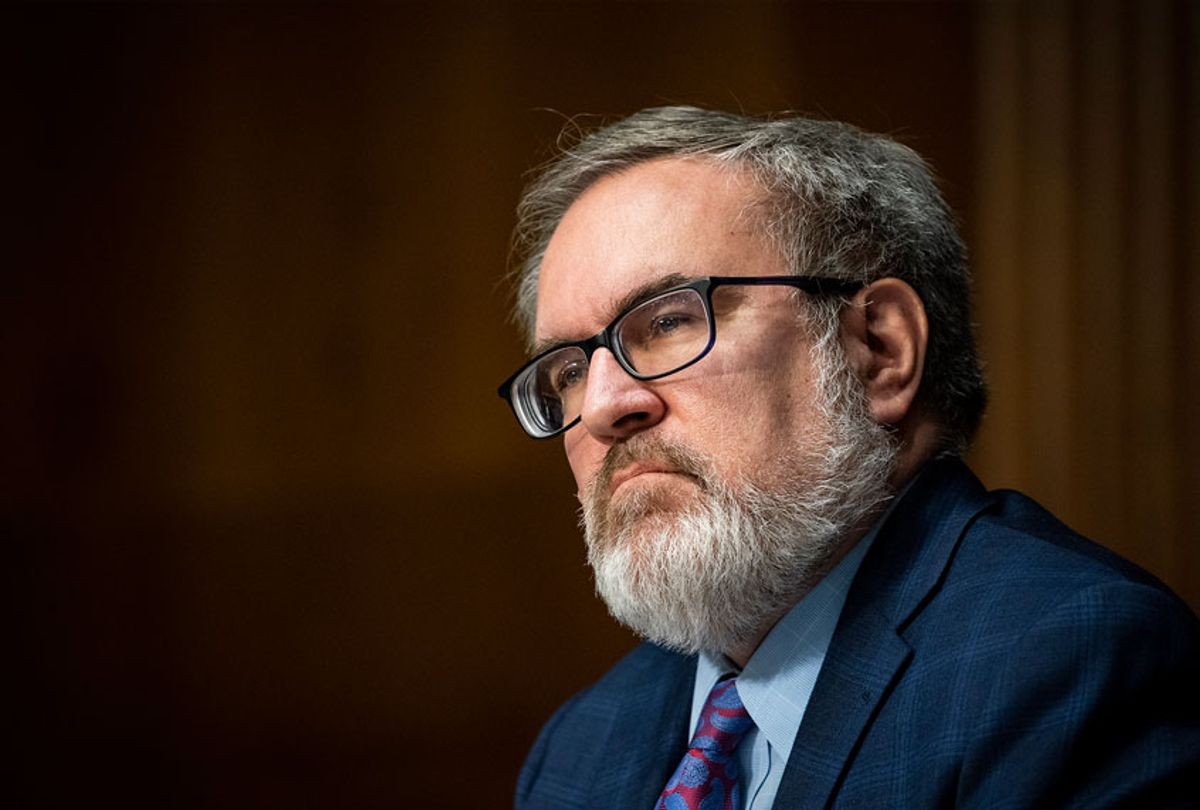 At least three former lobbying clients of Environmental Protection Agency chief Andrew Wheeler have received favorable decisions from the EPA under his leadership.

Wheeler spent years as an energy lobbyist at the law firm Faegre Baker Daniels, where he represented companies like the coal giant Murray Energy, whose owner Robert Murray is a major Trump donor. Wheeler signed a pledge in May 2018 to recuse himself from matters related to former clients after he replaced embattled former EPA administrator Scott Pruitt. But the two-year pledge expired earlier this year and he has been repeatedly accused of violating the agreement by approving rules that he lobbied for as a lobbyist for Murray Energy and others.

At least three of Wheeler's former clients have pushed for rules that the EPA has proposed or implemented under his leadership.

"Andrew Wheeler is overseeing policies that damage the air we breathe and water we drink while his associates benefit," Chris Saeger, a spokesperson for the progressive watchdog group Accountable.US, told Salon. "This is a clear abuse of his taxpayer-funded position and ethics agreement."

In April, the EPA weakened regulations on the release of mercury and toxic metals from oil and coal-fired power plants, which experts said was aimed at "potentially constraining or handcuffing future efforts by the EPA to regulate air pollution."

The New York Times described the change as a "particular victory" for Murray, who pressed for the change in a "wish list" of environmental regulation rollbacks he handed to President Trump just weeks after his inauguration. Murray donated $300,000 to Trump's inaugural committee.

The Trump administration and federal agencies "have completed or are on track to fulfill most of the 16 detailed requests" in Murray's wish list, the Times reported in 2018. But Murray had "unsuccessfully pressed the administration in 2017" to roll back the mercury emissions rule, E&E News reported, before it was rescinded under Wheeler.

The government watchdog group Citizens for Ethics and Responsibility in Washington filed an ethics complaint against Wheeler last year over his involvement in the rule change, noting that he "participated in the matter less than a year" after signing the pledge.

"It is becoming more and more clear why coal and energy companies are happy to have their former lobbyist Andrew Wheeler in charge of the EPA," CREW Executive Director Noah Bookbinder said at the time. "Administrator Wheeler's apparent failure to abide by ethics obligations and to avoid the reality or appearance of conflicts continues to undermine the EPA's integrity and weakens public confidence in our government."

Earlier this year, the EPA also finalized a rule that would extend deadlines to start closing unlined coal ash ponds. Coal ash from coal plants is dumped into excavated holes in the ground, where it mixes with water to create "coal ash ponds," which can leak if they are not properly lined. The proposed rule would allow some coal plants five more years before requiring them to close the unlined ash ponds.

One of the major backers of the rule is the Utility Solid Waste Activities Group (USWAG), a secretive trade group whose members include Xcel Energy, a longtime former Wheeler client. Xcel Energy called for the rule change and the USWAG petitioned Pruitt for the rule in 2017. The USWAG praised the EPA for proposing the change under Wheeler last year.

Accountable.US criticized the EPA for rolling back regulations on coal ash at the behest of Wheeler's former client.

"Administrator Wheeler is part of a corrupt pattern in the Trump administration, putting the interests of his allies above the public he is supposed to serve," Saeger said last month. "This administration is abusing its power to hand out favors to corporate lobbyists, selling out Americans' health and the environment in the process."

In May, the EPA proposed no additional measures to mitigate negative air quality impacts associated with renewable fuel standards as required under the Clean Air Act. The proposed rule has been open for public comment ever since but has only received 16 thus far, including one supporting the rule from Growth Energy. The company has been one of the biggest supporters of the rule.

Growth Energy was one of Wheeler's clients before he joined the EPA, according to his financial disclosure, which said he provided the company "strategic advice and counseling." Wheeler had pledged to recuse himself from matters related to Growth Energy until shortly before the proposed rule was published.

The trend has played out in other agencies whose heads were appointed by the president. The Interior Department has made at least 15 policy changes or proposals that benefited Secretary David Bernhardt's former energy industry clients. Several of acting Homeland Security Secretary Chad Wolf's former lobbying clients have also received millions in government contracts while he held senior positions in the department. More than 280 of Trump's political appointments have been former lobbyists, according to an analysis by ProPublica.

CREW has repeatedly called for the EPA's inspector general to investigate whether Wheeler violated his ethics pledge in connection to rules that benefited his former clients.

"Administrator Wheeler has repeatedly used his government position at EPA to benefit the former clients that made him rich, and to the detriment of the agency's critical mission," CREW Deputy Director Donald Sherman said in a statement to Salon. "Administrator Wheeler's continued lobbying on behalf of industry from within EPA, is clear evidence that patronage is a feature, not a bug, of the Trump administration."