Bondi, the former attorney general of Florida, has her own ties to the Ukraine impeachment saga 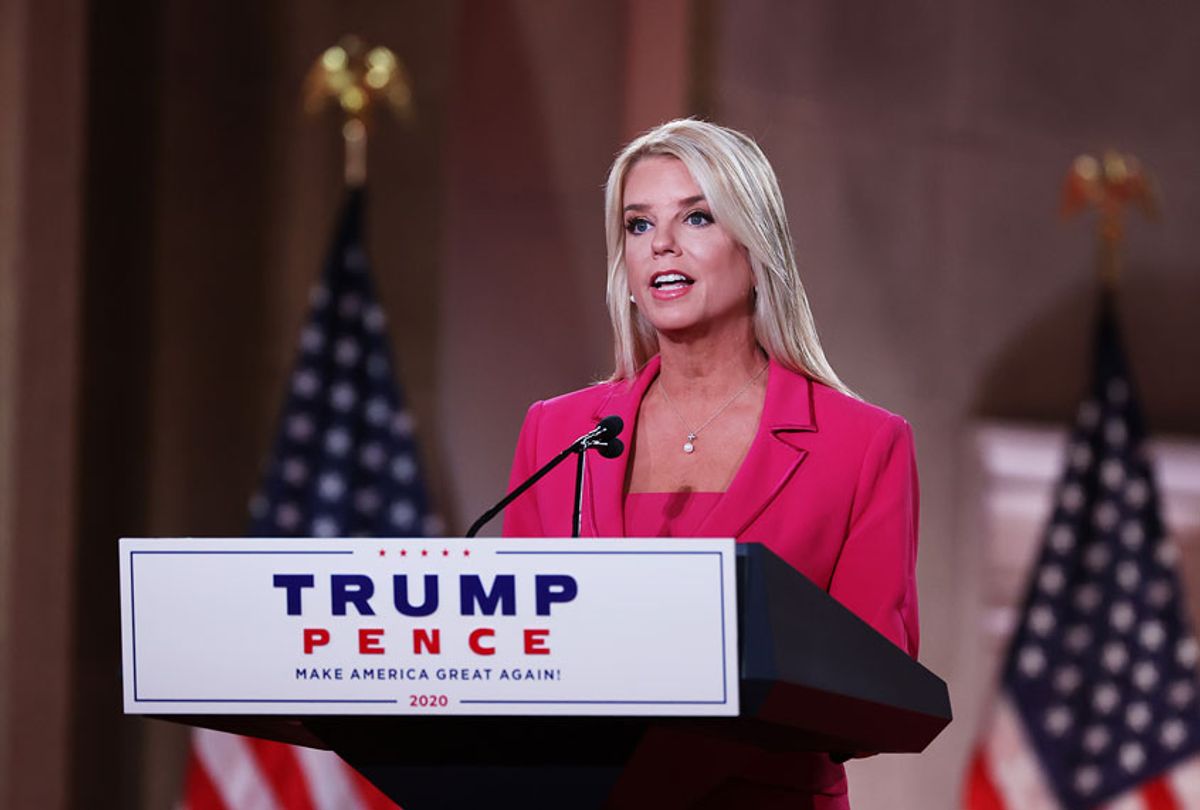 Former Florida Attorney General Pam Bondi, a registered lobbyist for the government of Qatar, alleged that Democratic presidential nominee Joe Biden had engaged in self-dealing and nepotism during her Tuesday night speech at the Republican National Convention.

"I fought corruption, and I know what it looks like — whether it's done by people wearing pinstripe suits or orange jumpsuits," Bondi said. "But when you look at [Biden's] 47-year career in politics, the people who benefited are his family members — not the American people."

Bondi recounted familiar allegations from the impeachment saga against President Donald Trump, questioning Biden's motives for convincing the Ukrainian government to fire a prosecutor whom the U.S. and its Western allies believed to be corrupt.

"We all know about Joe's son, Hunter Biden. A corrupt Ukrainian oligarch put Hunter on the board of his gas company, even though he had no experience in Ukraine or in the energy sector. None," Bondi said. "Yet he was paid millions to do nothing."

Though these accusations have long been debunked, Bondi nonetheless resurfaced them.

Bondi was hired by the White House as a consultant during impeachment proceedings. She was also photographed multiple times with Lev Parnas, one Rudy Giuliani's associates, who along with business partner Igor Fruman acted as go-betweens and translators during the former LifeLock spokesperson's campaign to dig up dirt on Biden in Ukraine.

Parnas and Fruman are currently under indictment in the Southern District of New York (SDNY) as part of a broader investigation, which is now said to extend to Giuliani.

"Clearly, Lev Parnas liked to take pictures with a lot of people," Bondi said in an interview with NBC's Today Show. "He showed up at events pretty much everywhere where Republicans were."

When Bondi was elected as the attorney general of the Sunshine State, her transition team included a South Florida-based white collar attorney named Jon Sale. Giuliani has told Salon that Sale, a friend from law school who worked with him at the SDNY, was the person who connected him to Parnas. Sale was also among a number of Giuliani associates who reviewed Parnas' sham business Fraud Guarantee ahead of securing a $500,000 loan paid by an investor to Giuliani on Fraud Guarantee's behalf.

When the White House hired Bondi last fall, she cut off her lobbying work on behalf of the Qatari government, which she had represented in her capacity as a senior partner at the Washington lobbying shop Ballard Partners. The firm is run by Brian Ballard, a prominent Republican fundraiser with close ties to President Donald Trump.

In April 2020, Bondi re-registered as a foreign agent of Qatar, again in her capacity with Ballard Partners.

Federal authorities subpoenaed Ballard Partners in November 2019 as part of the investigation into Giuliani's associates. Brian Ballard had paid Parnas at least $22,500 for referring business from the Turkish government, which in May 2017 agreed to pay Ballard Partners $1.5 million over the next year. It then renewed the contract for $750,000 one year later, according to federal lobbying records.

The month before Bondi joined the White House impeachment team, the Department of Justice indicted Turkey's state-run bank Halkbank — at the time a Ballard client — for evading Iran sanctions.

Bondi's relationship with Trump, which dates back several years, has come under scrutiny before. In 2013, when Bondi was Florida attorney general, the Trump Foundation — the president's sham, now-defunct charitable organization — made an unlawful $25,000 donation to a group affiliated with Bondi while her office was mulling opening an investigation into Trump University. Bondi's office chose not to investigate.

The Trump Foundation shut down in late 2018 amid allegations from New York's attorney general of engaging in "a shocking pattern of illegality," including unlawfully coordinating with Trump's 2016 presidential campaign.

As part of a settlement in that investigation, Trump's three adult children — who were officers with the foundation — were compelled to take mandatory training to ensure they did not repeat the misconduct in the future.

The day before Bondi's address to the Republican National Committee, the attorney general's office asked a judge to compel one of those children, Eric Trump, to testify in an ongoing civil investigation into whether President Donald Trump's private business unlawfully manipulated the value of its assets in order to secure loans or other tax and financial benefits.