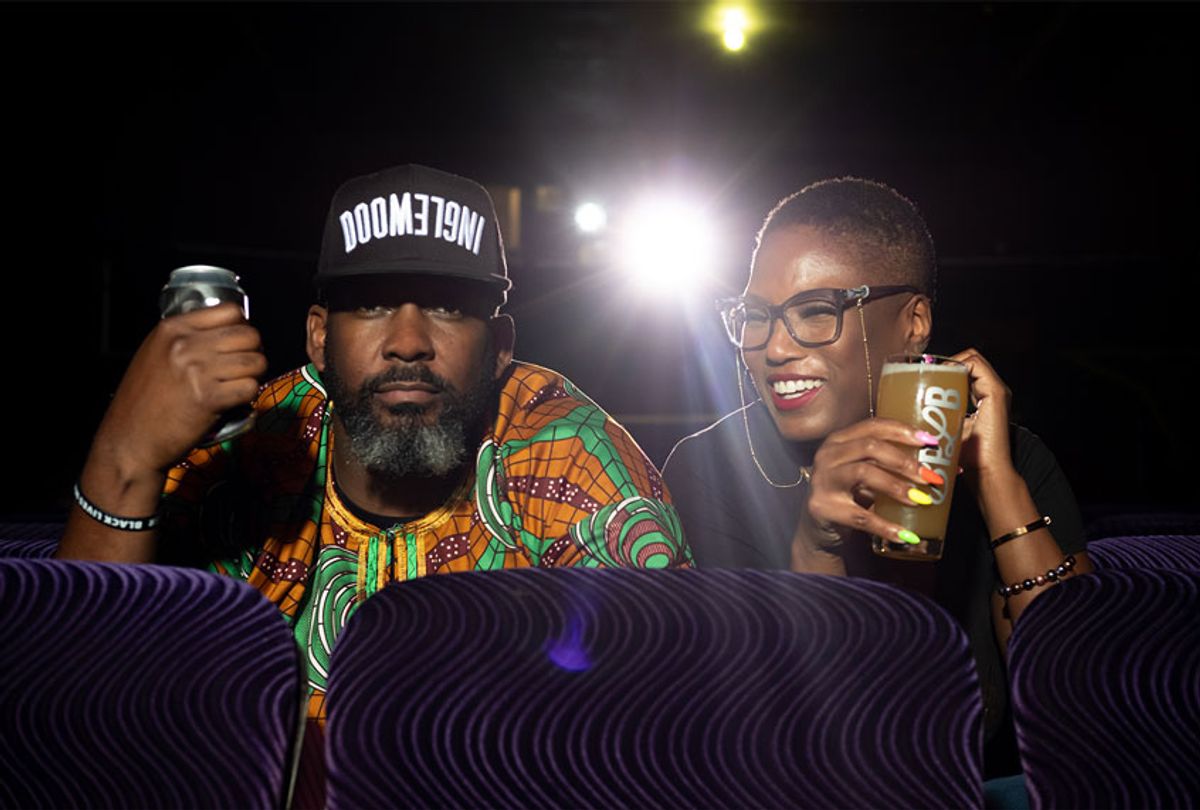 Bohemia immigrants, now part of the Czech Republic, brought beer and beer gardens to the U.S. in the 19th century. This set the tone for a very eurocentric industry, from the games played to the music listened to in these watering holes. However, the cold beverage has a very diverse clientele, yet to be fully acknowledged by the beer industry.

There are over 8,000 breweries in the United States, but only 60 of them are Black-owned. Teo Hunter and Beny Ashburn, the co-founders of Crowns & Hops Brewing Co. and the #BlackPeopleLoveBeer movement, are working to fix this while making the craft beer industry and taprooms much more culturally accessible to Black and Brown communities. The duo met on Tinder seven years ago and went on dates to several taprooms. However, they realized they were more often than not the only Black people in the room. Ashburn and Hunter made it their mission to bring more Black people into the world of craft beer.

"We've been consistently working to achieve racial equity in the craft beer industry for Black and Brown communities for quite some time. It has always been really important to us to create spaces for Black people to create change and have ownership," Ashburn said. In the wake of the resurgence of the Black Lives Matter Movement, they've taken this mission a step further.

This fall they're launching the 8 Trill Pils Initiative, dedicated to achieving racial equity within the craft beer industry. The initiative will kick off with the launch of Crowns & Hops "8 Trill Pils Fund," a $100,000 development fund that will be distributed to help Black-owned breweries at various stages from planning to resource management to mentorship. Ashburn and Hunter will decide on the recipients of the funds along with a board based on their applications. They plan to announce the winners this winter.

The initiative is named after a statistic from the Business Case for Racial Equity by the W.K. Kellogg Foundation case study that found the U.S. stands to realize a staggering $8 trillion gain in GDP by closing the racial equity gap by 2050. The report goes on to detail that, by closing the gap in the major "pillars" of productivity – Healthcare, Education, Criminal Justice, Housing, and Employment/Entrepreneurship – society can start to realize a substantial impact.

"When George Floyd died there just became this emphasis on amplifying Black voices. The dots just started to connect and we realized that we had an opportunity to lean into the rhetoric of racial equity and around that same time within the next two weeks BrewDog, which is one of our earlier partners, reached out just wanting to do something and wanting it to be impactful. They did not want to own it. They just wanted to be a part of it," Hunter said.

The multi-phase initiative is utilizing a $100,000 grant provided by BrewDog, a Scottish craft brewer, and will support Black owners with the opening of their breweries. "What we realized as we spent the last five years building our brand is there are a lot of resources out there, but it's not always accessible to Black-owned businesses to help them create the kind of foundational support that they need to run successful businesses," Ashburn said, reflecting on the importance of leveling the playing field in the craft beer industry. The 8 Trill Pils Fund plans to provide much-needed funding to Black-owned breweries, as well as help brands develop a sustainable business strategy from marketing to acquiring legal support.

"When we first started this brand an important aspect for us was bridging dope culture with the world of craft beer culture. That same thinking has been with us since we started. We must include things that are culturally relevant and important to us. We wanted to create a space that people could relate to," Ashburn said, reflecting on their overall brand ethos and the naming of their beers with titles such as Black Is Beautiful and BPLB (Black People Love Beer). Next month they'll be unveiling four new flagship beers. Beyond a brand of beers, Crowns & Hops plans to open a production brewery within the next two years, in order to have ownership of as much of the supply chain as possible.

"We do plan on ensuring that when people step into this space that immediately they recognize Black excellence. Immediately they seem themselves woven into the DNA of our brand," Ashburn said. The intentionality of their new space is much deeper than the mechanics of the supply chain though; they also want to ensure their location is also accessible by public transportation.

Conscious of this obstacle, they're working to identify a location that provides a safe way of transportation for patrons. For Hunter and Ashburn it's more than just a cool and refreshing drink. Beer is a vehicle for bringing communities together, taking up a space that has traditionally been marketed to a much whiter demographic, and providing access to economic mobility.

Crowns & Hops will launch the application process for the 8 Trill Pils initiative fund in the coming weeks, which will require applicants to include a business plan. A full list of application requirements will be available on their website.