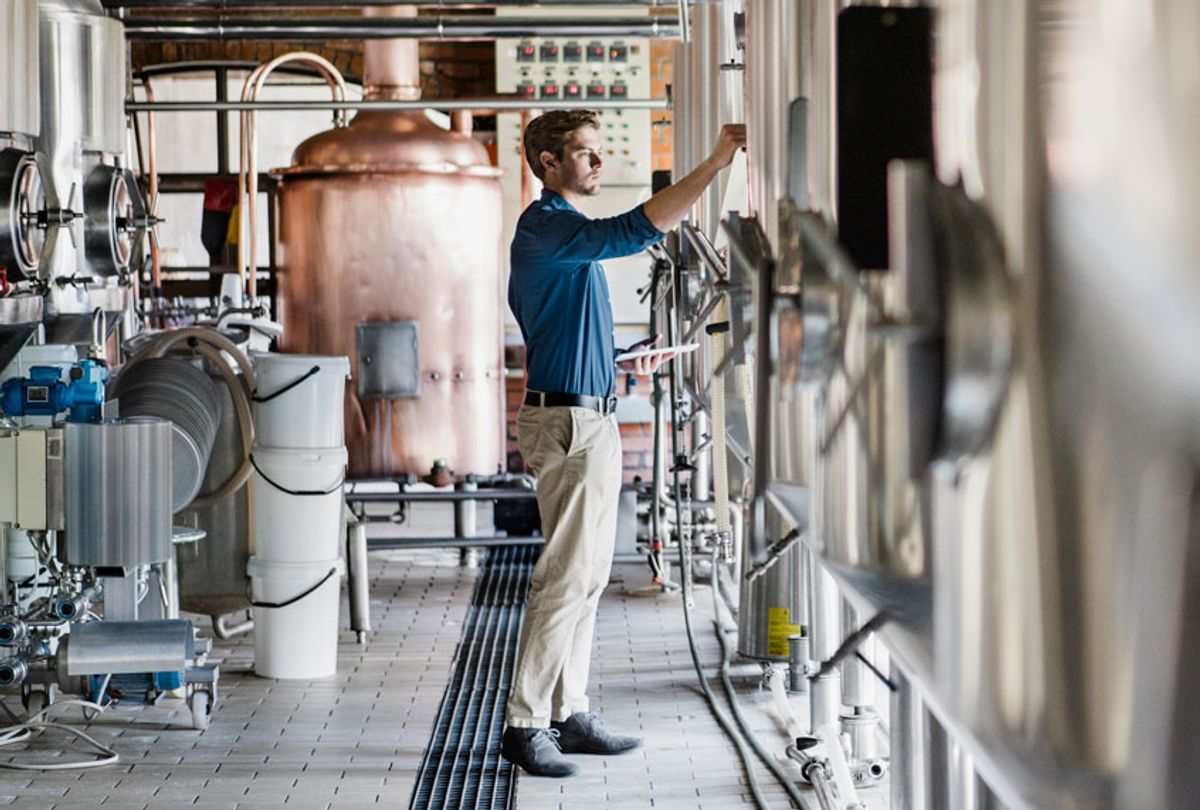 A movement for workers to form a union at legendary Bay Area craft brewery Anchor Brewing Company is officially underway. By last Thursday, an undisclosed number of workers signed union cards and announced plans to work with the International Longshore and Warehouse Union, with help from the San Francisco chapter of the Democratic Socialists of America. Management at the iconic brewery were given 48 hours to respond, according to Eater.

The effort is unprecedented in that if the workers' union drive succeeds, it will be one of the first unionized national craft beer companies, as well as the first time that a chapter of the Democratic Socialists of America (DSA) has directly helped organize a union. The DSA is currently the largest socialist group in the United States in over a century, with over 50,000 members, including elected politicians such as Rep. Alexandria Ocasio-Cortez (D.-NY), Rep. Rashida Tlaib (D.-Mich.). The ILWU is one of the strongest and most militant unions in the United States.

“We’re proud to be Anchor, and we want Anchor to provide good jobs again. Anchor is a San Francisco tradition,” employees seeking to unionize wrote in the letter. “It used to be one of its best places to work—and it can be again.”

Workers stated they “should be paid enough to live in San Francisco.”

“We’re struggling to survive and raise our families,” the workers state. “The work we do is exhausting—and we have to keep moving farther away and driving longer to survive. We deserve a chance to be #anchoredinsf too.”

According to Eater, workers at the craft brewery most famous for their Anchor Steam beer have seen their working conditions steadily dwindle over the years. Workers went from having a 45-minute paid lunch to a 30-minute unpaid lunch. Sick days that can be accrued have reduced, and workers have to pay more for health benefits. The union effort emphasizes the high cost of living in San Francisco, and the specific pain of surviving in a rapidly gentrifying city as a blue collar worker. According to fiscal year 2018 figures, a single person making less than $82,200 per year would qualify as "low-income." That means San Francisco has the highest low-income salary in the country.

A worker in the fermentation department, Garrett Kelly, told Eater that the last three-and-a-half years have been especially challenging.

“I’ve noticed a trend of quality of life and benefits steadily declining since I started at Anchor,” Kelly said. “I thought that was part of making it more appealing to a potential buyer, and now, it’s an effort to reduce overhead.”

In August 2017, news broke that Japan’s Sapporo Holdings Ltd. would buy Anchor Brewing in an $85 million deal. Anchor Steam was founded in 1896. On the brink of bankruptcy, Fritz Maytag (of the Maytag family, founders of the appliance corporation) purchased the company in 1965, which he owned until the Sapporo acquisition.

Part-time worker Brace Belden, who is on the organizing committee, told Splinter News he earns $16.50/hour to work in the racking room, and isn’t permitted to work more than 29 hours a week which keeps him at bay from receiving employee benefits. He said he also works two other jobs.  Belden, a well-regarded local activist, previously volunteered to fight with the People's Protection Units (YPG), a Kurdish militia, in the Syrian Civil War.

“I’m doing worse at 29 than I was doing at 19, but I work more hours per week because I work at two other jobs,” he said.