Surviving vs. thriving: How "I May Destroy You" is helping to shatter my shame

While sick with COVID-19, one woman began watching the HBO series, which is helping her heal 20 years late 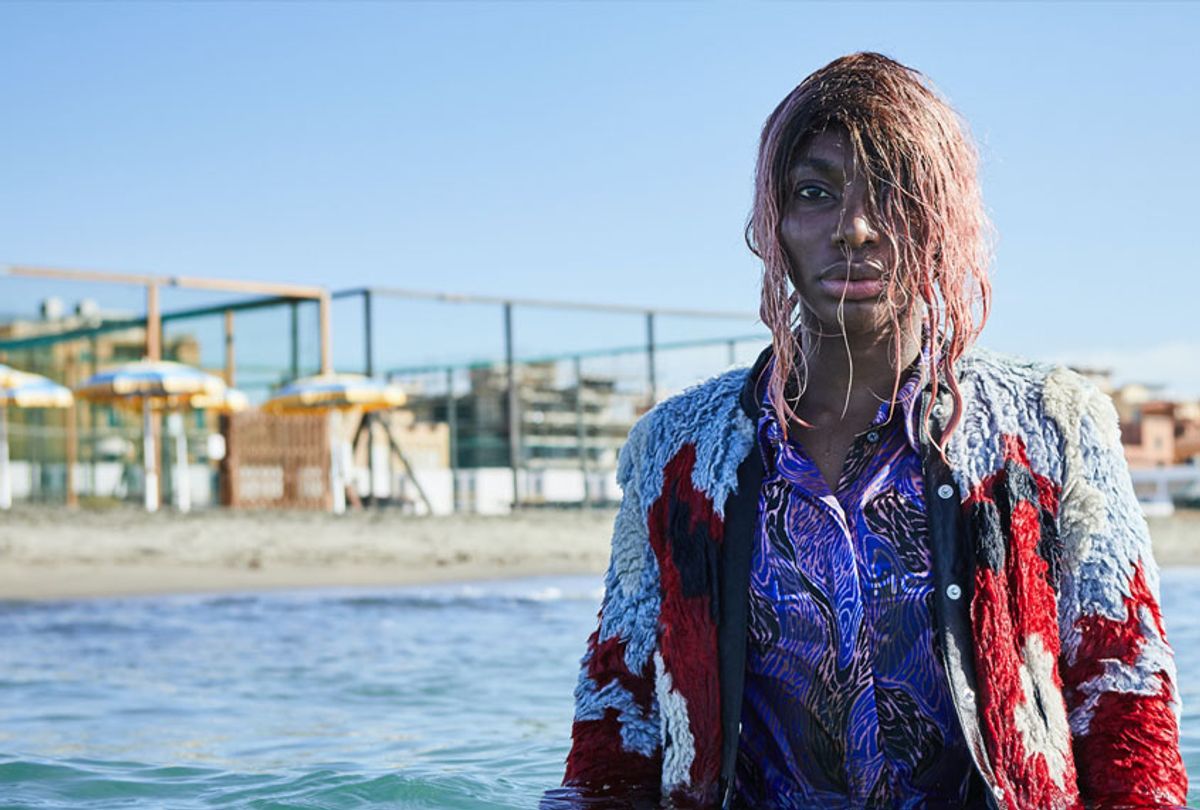 Coming to identify myself as a survivor of sexual assault has taken me decades. To be honest, I still have trouble reconciling this identity with some pre-existing idea of myself — resisting the concept of victimhood, perhaps; still wanting to think of myself as successful and promising rather than damaged. In recent years, as #MeToo unleashed an onslaught of coverage about the epidemic of rape on college campuses, I've been forced to re-examine that period of my life. Then my own body, via increasingly debilitating bouts of illness —vomiting and vertigo that left me bedridden for days — culminating in a mental collapse last summer, forced me to confront it, too. Most recently, while sick with COVID-19, trying to isolate from my husband and kids, watching HBO's "I May Destroy You" alongside the docuseries "I'll Be Gone in the Dark," I realized just how far women have come in a few decades — and how much of my own faltering progress I owe to trailblazers from a younger generation.

In an early episode of "I May Destroy You," Arabella (the brilliant Michaela Coel) reveals to a support group that she was raped, in two separate incidents, and is having trouble accepting this as reality. If such a terrible thing could happen to her — twice — it seems to follow that nowhere is safe, that she could be "dragged into the bushes" by someone at any moment and assaulted again. Though her fear might seem exaggerated, the statement is not untrue; Arabella is coming to grips with the fact that sexual assault is as devastating as it is common ("one in every two women," says Theo, the support group facilitator). She has joined the ranks of the many who must grapple with the aftermath of such a violation: the shattered confidence, long-term health effects, and absence of justice that accompany most so-called "recoveries."

Arabella's experience mirrors that of Coel, the show's creator, director and star, who in real life was drugged and assaulted while at a bar with a friend. Like Coel and the character she plays, I have no memory of being raped — also twice, in my case as a student 20 years ago; like them, I had to piece together the story of what happened to me, and to my body, via bits of evidence and the accounts of friends. The particulars of our stories differ, of course — but where they truly diverge is that Coel has produced a profound, provocative work of art based on her relatively recent trauma, whereas I have struggled for 15 years to finish my first novel and even now, in this era of reckoning, have trouble just writing the word rape in reference to what I experienced. Doing so terrifies me — not because I fear retaliation, but rather humiliation. This is because I still blame myself.

Most everyone Arabella comes into contact with on the show—friends, literary agents, police investigators, even her social media followers — never question that what she experienced was a violation. Comparing her trajectory with the stigma and secrecy shrouding victims of a serial rapist in "I'll Be Gone in the Dark" crystallized for me how utterly refreshing — how radical — it feels to watch a show about assault in which shame doesn't enter the narrative. The very fact that Arabella is in a support group, talking about her assault not long after it occurred, is a massive step toward healing. Her best friend, Terry (Weruche Opia), even if partly motivated by guilt, is unwavering in her support; "self-care" is referenced so often as essential to Arabella's recovery that it starts to feel ironic. Overall, she is shown living a full life, filled with warmth, struggle, and humor, her occasional foibles only enhancing the show's nuanced explorations of race, gender and sexuality — but her inability to have given consent is never in question. Watching the season unfold, I often felt breathless, yet buoyed by strange amazement; it was as though I could see Arabella healing in real time.

Contrast the lingering shame of the Golden State Rapist's victims in "I'll Be Gone in the Dark," who unlike Arabella fit the description of the mythical "perfect victim"— innocently sleeping when a psychopath breaks into their homes and rapes them at knife- or gunpoint. This is the nightmare women are taught to fear; it's also the one sort of rape we're told is definitive. Surely there can be no "debating" consent under such circumstances! But the victims all describe feeling deep stigma, even suspicion, from family members, as well as the police trying to apprehend the rapist. Decades later, they recall being scolded or silenced — one by a father who overheard her telling a friend what happened; another by a husband who said he didn't want to speak of it ever again.

"Most people say development is linear," Chanel Miller writes in her staggering memoir, "Know My Name," "but for survivors it is cyclic. People grow up, victims grow around; we strengthen around that place of hurt, become older and fuller, but the vulnerable core is never gone." Reading her book when it came out in 2019 was a complicated experience for me, provoking an odd mixture of grief, awe, and recognition — even, for a brief time, envy. I don't mean envy of her book, or the widespread public support from the likes of Joe Biden to Oprah, or even her ability to confront her rapist in court, thus assuming some control over the narrative — though all of those things seem amazing, unimaginable.

My envy was simpler, and cut deeper: I had no Norwegian heroes to tackle my rapists and hold them down until police arrived, as Miller did; I had no sympathetic nurses, whose tenderness she credits with helping to soften the shock as she came out of her blackout to a waking nightmare.

What I did have: roommates who offered condolences when I realized what had happened, then left for a football tailgate (perhaps mistaking my anguish for the typical hangovers and regrettable drunken hookups all around us); a surly nurse, whose obvious disapproval during an already humiliating exam helped me feel lower than I thought possible; a campus detective (a woman) who yelled at me for unwittingly putting her investigation in jeopardy. (The investigation went nowhere, of course, and I called it off). I had also the few details I could gather from friends: that on the night of my assault I was slurring my words, falling down, too drunk to accompany them to a bar as planned. That I was put in a taxi with two men we'd met the day before, Brits who were in Boston visiting someone who lived in our dorm. They said they were headed back to campus, that they would get me to my room. "Take care of her," was the last thing my friend told them as the cab drove away.

What happened to me wouldn't have if I'd been more careful. Because I have no memories of the assaults, I don't know how I acted, or if I resisted. These are truths, but not the only truths. "That sounds like a very lonely time for you," my therapist said when I finally told him the story, not long ago. I'd never heard this reaction before, from the few others who knew; I'd never thought of it that way, as lonely — if anything, I had wanted to move on, to put the assaults behind me. He was right, though: while I hadn't been completely alone, I'd never seen a professional to help me work through what happened. No one was held accountable, and I sensed that no one close to me wanted to dwell on it. The focus was always on me taking better care of myself, on not letting myself be so vulnerable again. There was little, if any, talk of consent.

I have solidly Gen X sensibilities and will admit to occasional cynicism about things like safe spaces and trigger warnings — but the truth is: what wouldn't I have given for a safe space during my own college years? For actual conversations about consent, rather than vague warnings about bad situations? For strong, outspoken women, reassuring me that what happened wasn't my fault? Everyone around me did her best; it was the culture we lived in. What a difference those things could have made, though, during a time of much confusion and hopelessness.

I consider myself lucky — primarily in that I married the most fundamentally good, kind-hearted human I've ever known. We have a comfortable home, two great kids. But I can't help but wonder how long-buried shame might have been affecting me all these years, keeping me from achieving my dreams. Because I swallowed my guilt and confusion, I went on to have extreme difficulty trusting myself — though I'm slowly learning new ways of looking at the world.

Amidst the chaos of this pandemic, I'll turn to brave artists like Michaela Coel, who is not only helping light the way for future women, but also to heal people like me, whose adult lives have been haunted by trauma. In this time of unprecedented isolation, I have a new sense of belonging. As Theo rightly tells Arabella, "That's the important thing to remember in all this: you're not alone."

Meaghan Mulholland is a writer based in North Carolina. More work can be found at her website.