"It's not edgy, contrarian," one public health expert said of the approach. "It's dangerous and terrifying." 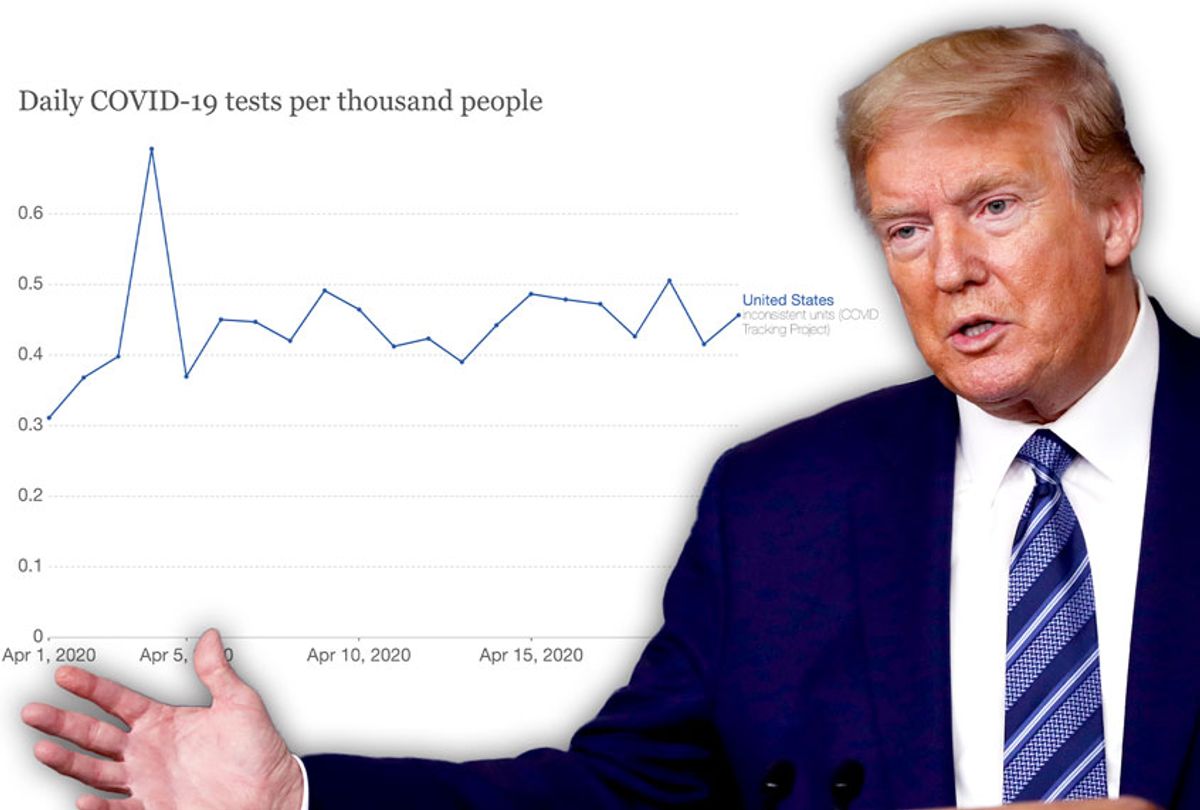 A top White House coronavirus adviser brought on earlier this month despite his lack of expertise in infectious diseases or epidemiology is reportedly pushing the Trump administration to adopt a so-called "herd immunity" strategy to the pandemic that public health experts warn could kill millions of Americans and infect hundreds of millions more.

The Washington Post reported Monday that Scott Atlas, a neuroradiologist from the right-wing Hoover Institution, caught President Donald Trump's attention "with a spate of Fox News appearances in recent months" in which he downplayed the severity of Covid-19 and questioned the need for lockdowns and social distancing measures.

Atlas—who one commentator described as the "anti-Fauci," referring to National Institute of Allergy and Infectious Diseases director Dr. Anthony Fauci—has "advocated that the United States adopt the model Sweden has used to respond to the virus outbreak... which relies on lifting restrictions so the healthy can build up immunity to the disease rather than limiting social and business interactions to prevent the virus from spreading," according to the Post.

Sweden's decision to forego strict lockdowns in favor of more relaxed social distancing guidelines has been criticized by public health experts as a reckless approach to the pandemic that contributed to the country's high death rate compared to other European nations. Pursuing a similar strategy in the U.S., a country with a population of 328 million, would be catastrophic, experts warned.

Jonathan Reiner, a cardiologist and professor at George Washington University School of Medicine and Health Sciences, tweeted Monday that to achieve "herd immunity" without a vaccine, "about 250 million Americans would contract the virus and 1.5-2 million would die."

A Post analysis found that 2.13 million deaths may be required to "reach a 65 percent threshold of herd immunity, assuming the virus has a one percent fatality rate."

Yale University epidemiologist Gregg Gonsalves said "no one in public health" thinks highly of Atlas' approach to the Covid-19 pandemic, which has infected more than six million people in the U.S. and killed at least 182,000—the highest death toll in the world.

"It's not edgy, contrarian," Gonsalves said of Atlas' thinking. "It's dangerous and terrifying."

Senior Trump administration officials told the Post that despite warnings from medical experts, the White House has already moved to implement "some policies" in line with Atlas' proposed strategy, "particularly with regard to testing."

"The Department of Health and Human Services, for instance, invoked the Defense Production Act earlier this month to expedite the shipment of tests to nursing homes—but the administration has not significantly ramped up spending on testing elsewhere, despite persistent shortages," the Post reported. "Trump and top White House aides, including Atlas, have also repeatedly pushed to reopen schools and lift lockdown orders, despite outbreaks in several schools that attempted to resume in-person classes."

Last week, as Common Dreams reported, the Centers for Disease Control and Prevention abruptly issued new guidance that no longer recommends Covid-19 tests for everyone who has been potentially been exposed to the virus—a change that was reportedly directed by the highest levels of the Trump administration.

Fauci, who said he was in surgery and under general anesthesia when the new CDC guidance was discussed, warned the latest recommendations "will give people the incorrect assumption that asymptomatic spread is not of great concern."

Eric Topol, a cardiologist and head of the Scripps Research Translational Institute in San Diego, told the Post that he believes Atlas "was basically recruited to crowd out Tony Fauci and the voice of reason."

"Not only do we not embrace the science, but we repudiate the science by our president, and that has extended by bringing in another unreliable misinformation vector," said Topol.