Trump may have "committed a felony" by telling supporters to commit voter fraud: "Do NOT vote twice" 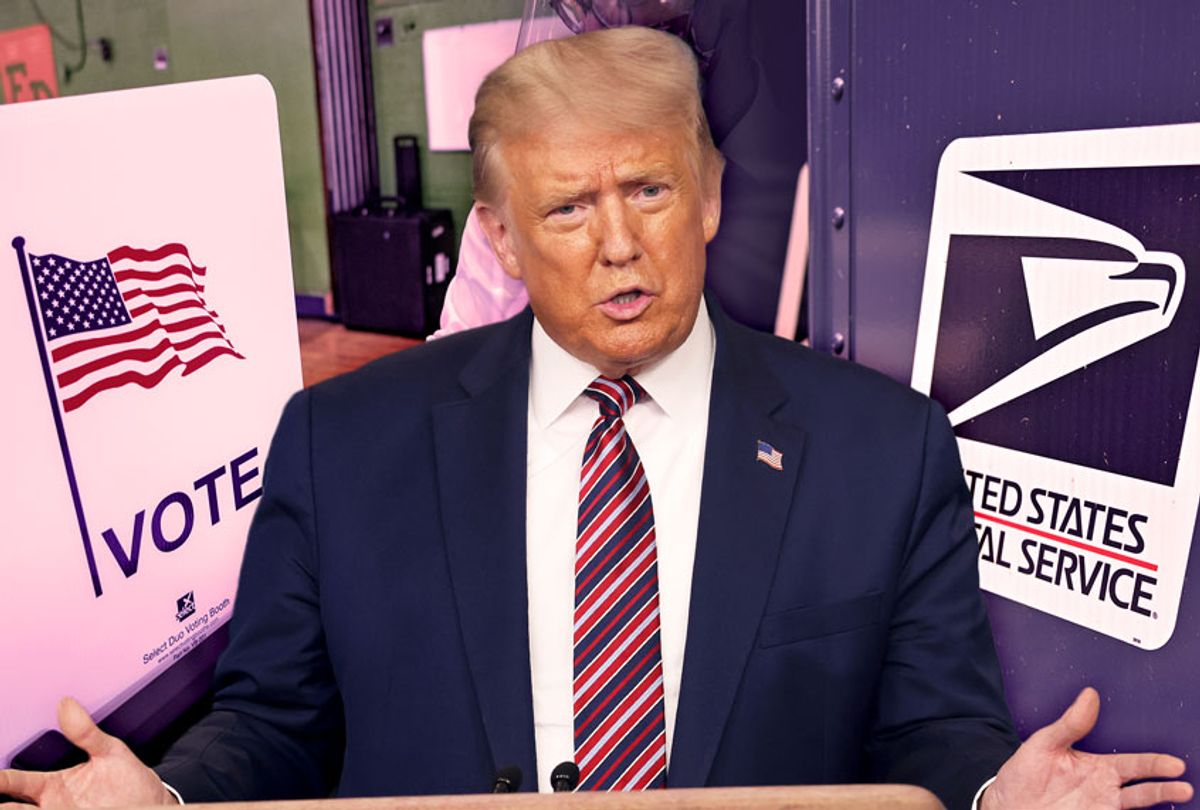 Trump traveled to North Carolina on Wednesday, where he told supporters to test the voting system by casting a mail ballot and then voting in person on Election Day, which The New York Times noted is an "act that constitutes the kind of voter fraud the president has railed against."

Trump said he was "not happy" about the expansion of mail-in voting amid the coronavirus pandemic despite copious evidence that it is secure.

"At the same time, we're in court with a lot of it. We're going to see if it can be stopped," he said. "But send your ballots, send them in strong, whether it's solicited or unsolicited. The absentees are fine. But go to vote and if they haven't counted it, you can vote. That's the way I view it."

Trump has repeatedly claimed without evidence that increased mail voting would lead to rampant fraud even though mail ballot fraud is virtually nonexistent and some states have had all-mail elections for years.

"The president is urging you to commit a felony—one for which you, though not he, could actually get prosecuted," warned attorney Benjamin Wittes, a senior fellow at the Brookings Institution. "Be careful whom you listen to for advice about how to conduct yourself during this election."

Barr tried to defend Trump's comments in an interview with CNN minutes later.

"Well, I don't know exactly what he was saying," Barr said. "But it seems to me what he's saying is he's trying to make the point that the ability to monitor this system is not good and if it was so good, if you tried to vote a second time, you would be caught if you voted in-person."

"I don't know what the law in the particular state says," Barr claimed.

"Is there any state that says you can vote twice?" Blitzer pressed.

"There are some that maybe you can change your vote up to a particular term," Barr replied. "Why are you asking me what he's saying?"

"Wait, the AG isn't sure that voting twice is illegal?" Elias questioned. "That he needs to check state law?"

"Today, President Trump outrageously encouraged NCians to break the law in order to help him sow chaos in our election," Stein tweeted. "Make sure you vote, but do NOT vote twice!"

Patrick Gannon, a spokesman for the North Carolina Board of Elections, told the Times that the system would prevent a person from voting twice because only their first vote would be recorded while the second vote would be thrown out.

"Intentional willful double voting is a felony," he added.

Barr claimed that mail voting "is very open to fraud and coercion, is reckless and dangerous, and people are playing with fire."

Pressed on his claims by Blitzer, Barr acknowledged he was basing his claim on "logic" but not "evidence."

"I don't have any information because this is the first time we've tried such a thing," Barr said.

"I will point out there are five states that only have mail-in voting including Utah and Colorado, Washington state," Blitzer replied.

"I don't know of any evidence that voting by mail would increase voter fraud," he said, adding that nearly every voter in his state casts ballots by mail.