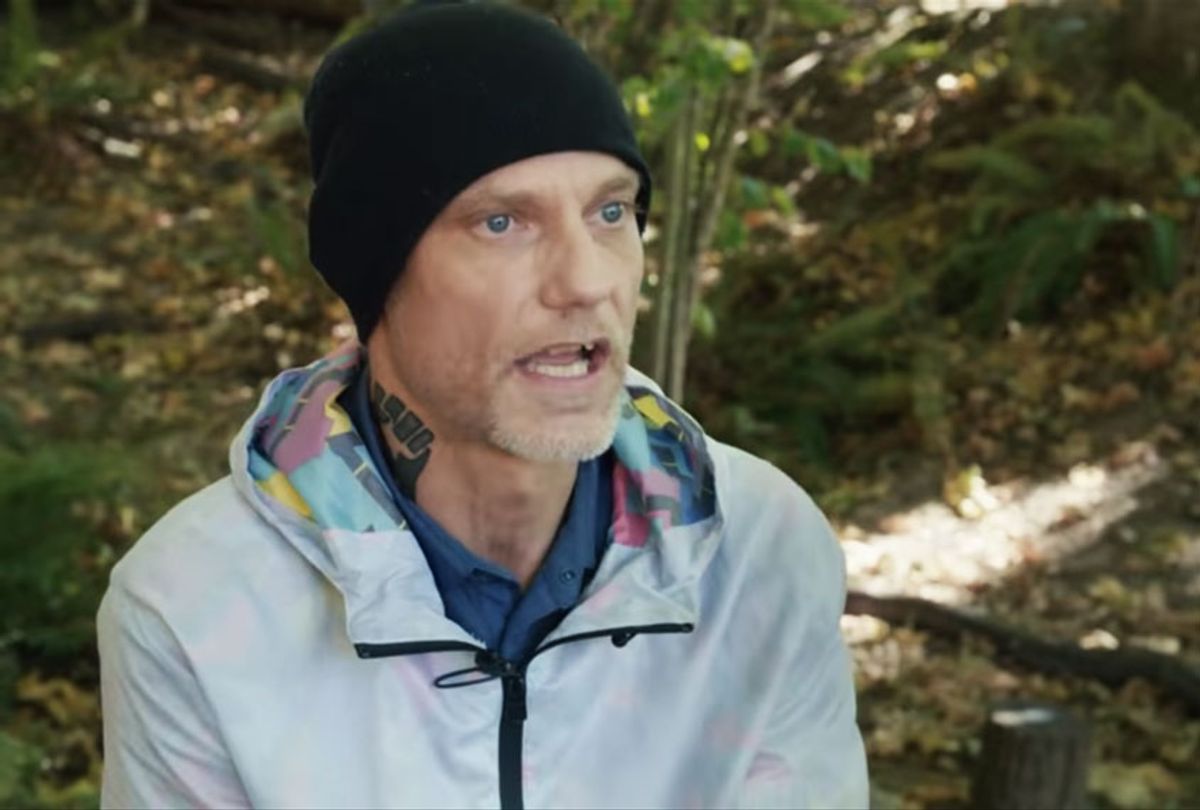 An Oregon anti-fascist sought in the shooting of a protester killed at a pro-Trump rally in Portland was fatally shot by law enforcement officers who tried to arrest him on Thursday, authorities said.

Officers were attempting to serve an arrest warrant for Reinoehl, a self-described anti-fascist, on a murder charge in the killing of Aaron "Jay" Danielson, who was killed at a pro-Trump protest last week.

Reinoehl was identified as a potential suspect on social media hours after the shooting. Members of a U.S. Mashals task force tracked him down to an apartment complex in Lacey before Reinoehl tried to flee in a station wagon, Thurston County Sheriff's Lt. Ray Brady told The Oregonian. Officers opened fire in an attempt to stop him.

Reinoehl then tried to flee on foot and produced a gun, Brady said, prompting officers to shoot him. He died at the scene.

Witnesses told The Olympian that Reinoehl began to fire his gun when he got out of the car. The witnesses reported hearing 40 to 50 gun shots.

The U.S. Marshals Service said Reinoehl was "threatening the lives of law enforcement" but it's unclear if he fired his weapon.

Four officers from the Pierce County Sheriff's Office, Lakewood Police Department and the Washington Department of Corrections, who were all part of the task force, fired their weapons, according to Brady.

The Thurston County Sheriff's office, which was not involved in the incident, will investigate the shooting.

Reinoehl, who was charged with bringing a loaded gun to a previous protest, admitted to shooting Danielson in an interview with Vice News posted hours before his death. He claimed he shot the man in self-defense because he believed he or his friend would be stabbed.

"Had I stepped forward, he would have maced or stabbed me," he told the outlet. "I am confident that my friend and I'm sure I would have been killed because I wasn't going to stand there and let something happen."

"I realized what had happened. I was confident that I did not hit anyone innocent. And I made my exit," he said.

Reinoehl ran into Danielson and a friend after a pro-Trump car caravan rolled through Portland. Danielson was wearing a Patriot Prayer hat, a far-right group that has been involved in numerous violent clashes with Black Lives Matter protesters in the city. Videos of the pro-Trump caravan showed members firing paintballs and tear gas and clashing with counterprotesters.

Justin Dunlap, who recorded a video of the shooting, told The Oregonian that he saw Danielson produce an object that may have been mace.

"I saw the victim pull something up from his hip with his right hand and a big cloud of mace goes in the air," he said. "And then half a second later, there were two pops."

Dunlap's video shows a second man running away after the gunshots.

Many protesters told the New York Times that Reinoehl, a frequent presence at the protests, often deescalated conflicts during the demonstrations. Reinoehl, who said he provided security for Black Lives Matter events in the city, told Vice that he wanted to tell his story against the advice of his attorneys.

"You know, lots of lawyers suggest that I shouldn't even be saying anything, but I feel it's important that the world at least gets a little bit of what's really going on," he said. "I had no choice. I mean, I, I had a choice. I could have sat there and watched them kill a friend of mine of color. But I wasn't going to do that."

Chandler Pappas, another Patriot Prayer supporter who was with Danielson at the time, told the Oregonian that he and Danielson did not encounter the shooter until moments before the shots.

Pappas said he and Danielson split from the other caravan participants. He said Danielson raised a can of mace when several men yelled at them but did not know whether Danielson sprayed the mace before he was shot.

Reinoehl described himself on social media as "100% ANTIFA." He told Vice that he was anti-fascist but not a member of any antifa group.

Reinoehl previously tried to wrestle a gun away from a man involved in a scuffle during a protest in July, according to the Oregonian. He was shot in the arm in the incident.

Last week's shooting came days after 17-year-old Kyle Rittenhouse, a Trump supporter who frequently posted pro-police social media messages, was charged with killing two people and wounding one other at a protest in Kenosha, Wisconsin. His attorney also claims he acted in self-defense.

"Why aren't the Portland Police ARRESTING the cold blooded killer of Aaron 'Jay' Danielson," he wrote. "Do your job, and do it fast. Everybody knows who this thug is. No wonder Portland is going to hell! @TheJusticeDept @FBI"

"There's blood on your hands. You murdered Michael Reinoehl," one protester wrote outside the station. Another protester said, "Michael was murdered."