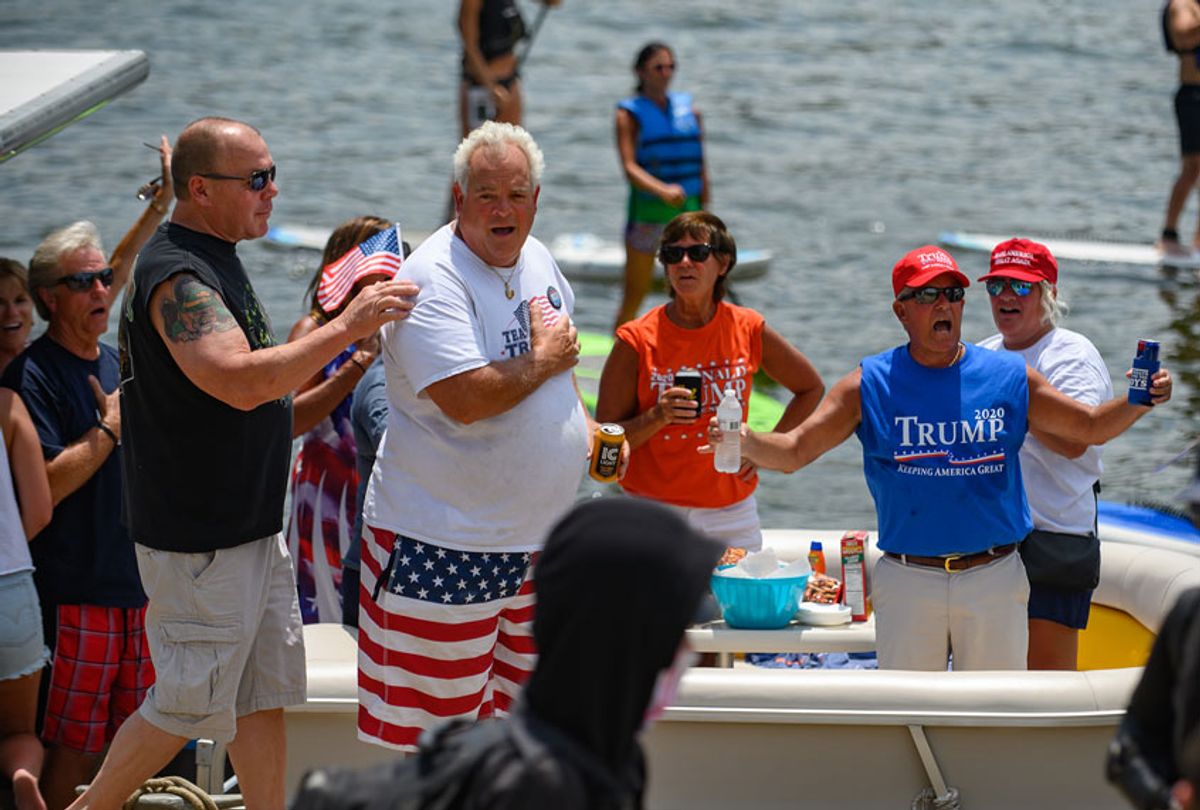 Texas Republicans endangered themselves on Saturday by failing to safely hold a boat parade.

"Multiple 911 calls have been made regarding boats being in distress, some sinking at the 'Trump Boat Parade' scheduled for Saturday afternoon on Lake Travis, according to the Travis County Sheriff's Office. TCSO confirmed with CBS Austin that multiple boats have been sinking and are in distress," CBS Austin reported Saturday. "The sheriff's office says calls have been made about boats along the entire route of the parade, some of the locations include: Paradise Cove, Emerald Point and West Beach."

Here's some of what people were saying about the boat parade: