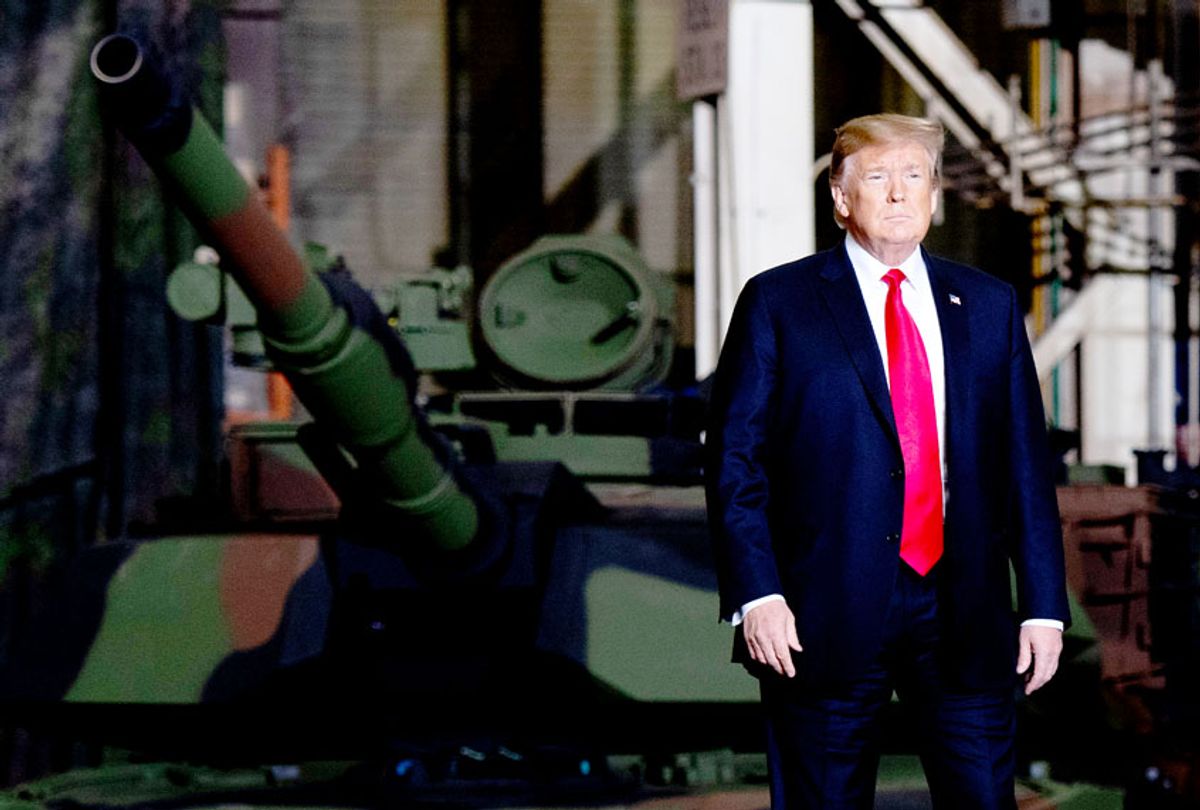 One of the most talked about articles of the week is Jeffrey Goldberg's bombshell report in The Atlantic detailing President Donald Trump's appalling insults against military heroes, who he reportedly dismissed as "losers" and "suckers." Two Never Trump conservatives, Jennifer Rubin and Charlie Sykes, have responded to Goldberg's article with articles of their own — and both of them contemplate how many Republicans will or won't have the courage to call Trump out for insulting Americans who served in the military.

The Trump White House has flatly denied the allegations of Goldberg's sources. Yet the type of anti-veteran insults those sources attribute to Trump are consistent with his comments about the late Sen. John McCain in 2015; Trump said of McCain, who was captured and imprisoned by the Viet Cong for five years during the Vietnam War, "I like people who weren't captured." And according to three of Goldberg's sources, Trump had no interest in honoring McCain after he died in 2018 and said, "We're not going to support that loser's funeral."

Goldberg also reports that when Trump visited France in 2018, he insulted the American World War I veterans buried at Aisne-Marne Cemetery and said, "Why should I go to that cemetery? It's filled with losers." The reporting in Goldberg's article, according to Rubin, "seems entirely in character for Trump." But she doesn't expect a lot of Republicans to condemn Trump because of it. (Some Trump current and former officials denied aspects of the report on the record after it was published.)

Rubin argues that the senior officials quoted anonymously in Goldberg's article should have had the courage to take a stand when Trump was insulting military veterans in their presence.

"The silence of these senior aides is really no different from the silence of virtually all elected Republicans," Rubin writes. "They, along with intellectually corrupt right-wing pundits and media outlets, have denied, deflected, ignored or excused almost everything that has come out of Trump's mouth. The so-called Republican hawks — Sen. Ted Cruz (R-Tex.), Sen. Tom Cotton (R-Ark.) and Senate Majority Leader Mitch McConnell (R-Ky.) — have stuck with him through thick and thin. They did not condemn him when he first slandered POWs …. It seems there is no insult, lie or exaggeration about our troops too great to prompt these Republicans to declare Trump unfit to serve as commander in chief."

Meantime, in The Bulwark, Sykes notes that although Republicans he describes as "anti-anti-Trumpers" have been expressing "skepticism" about Goldberg's reporting, they "know that the accounts are most likely true because they've seen it so many times before."

Sykes explains: "No one has forgotten how he mocked John McCain as a POW, or attacked Gold Star families. He has suggested that soldiers in Iraq were stealing money they were supposed to distribute…. But Republicans eventually accepted it all. The anti-anti-Trumpers found a way to look the other way."

According to Sykes, "This is what distinguishes anti-anti-Trumpers from the hardcore bootlickers: the anti-antis generally have no illusions about the man's character, and even remember the many times that he has lashed out viciously at women, minorities, the disabled and veterans. But they salve their consciences in various ways. Today, they would prefer to talk about Nancy Pelosi's visit to a hair salon."

This week, the right-wing media have been obsessing over Speaker Pelosi getting her hair done, which they insist, she wouldn't have done if she took social distancing as seriously as she claims.

Goldberg's article is "awkward" for Republicans, Sykes writes, "because it dramatically raises the ante. It causes a stirring in the place where their consciences have been hibernating. What if it is true that the commander-in-chief, who is seeking another four years in office, is a small, vicious and despicable man who dishonors everything he touches?"