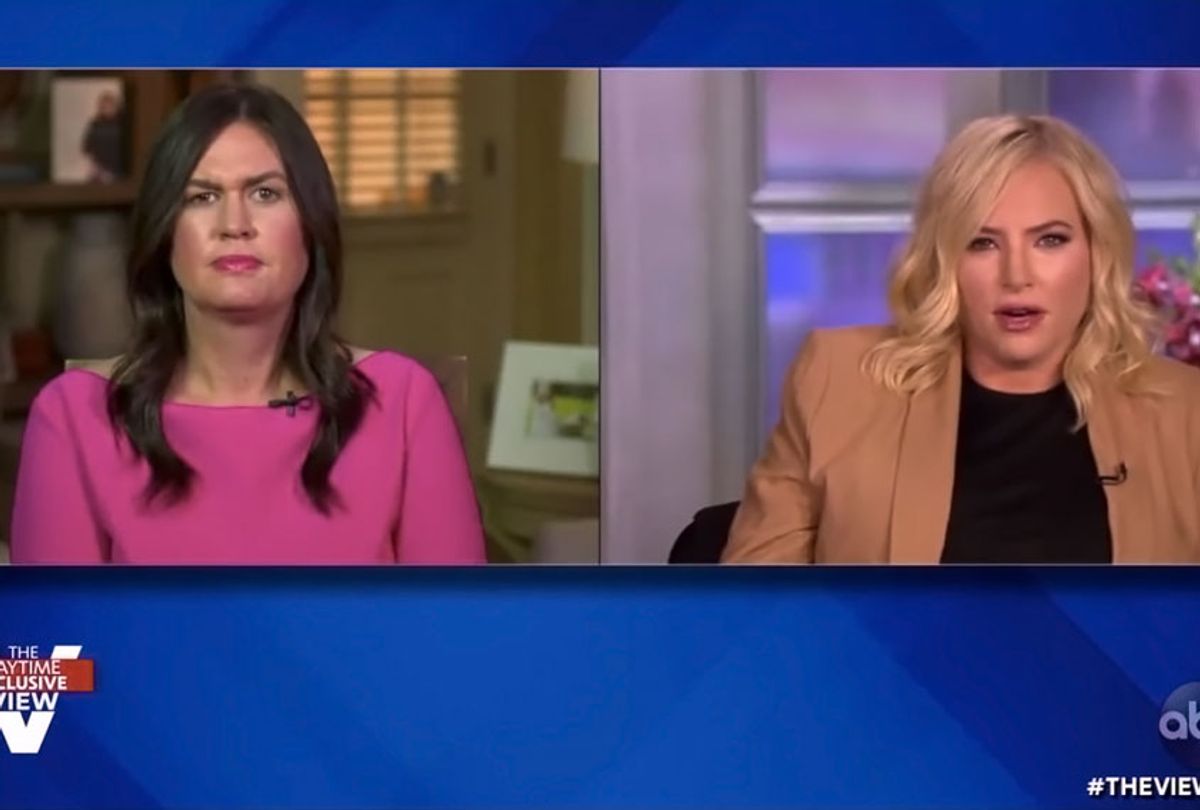 Sarah Sanders and Meghan McCain on The View (ABC)
--

"The View" returned Tuesday with a new season and welcomed former White House press secretary Sarah Huckabee Sanders, who is promoting her new book about her time in the White House.

Co-host Meghan McCain was quick to begin the conversation about her belief that the Atlantic expose on President Donald Trump's insults of fallen soldiers is real. McCain walked through all of the reasons that the stories are likely true.

"My first instinct was to question the reporting," McCain confessed. "You went on record saying he has the greatest amount of respect for the men and women of our armed forces. The problem, as I said, the president has a pattern of saying incendiary things about my father, the Vindmans or the Khans. I want your perspective on it and I want to know if you understand mine and other people's perspectives. It might not matter. He got a big chunk of the veteran vote, but I think character and principle still matter."

Mccain had spoken previously on the long history of Trump's attacks on veterans, soldiers, Gold Star families and more.

Sanders dodged the question, instead promising that in her experience the president was a prince when it came to showering the troops with his love.