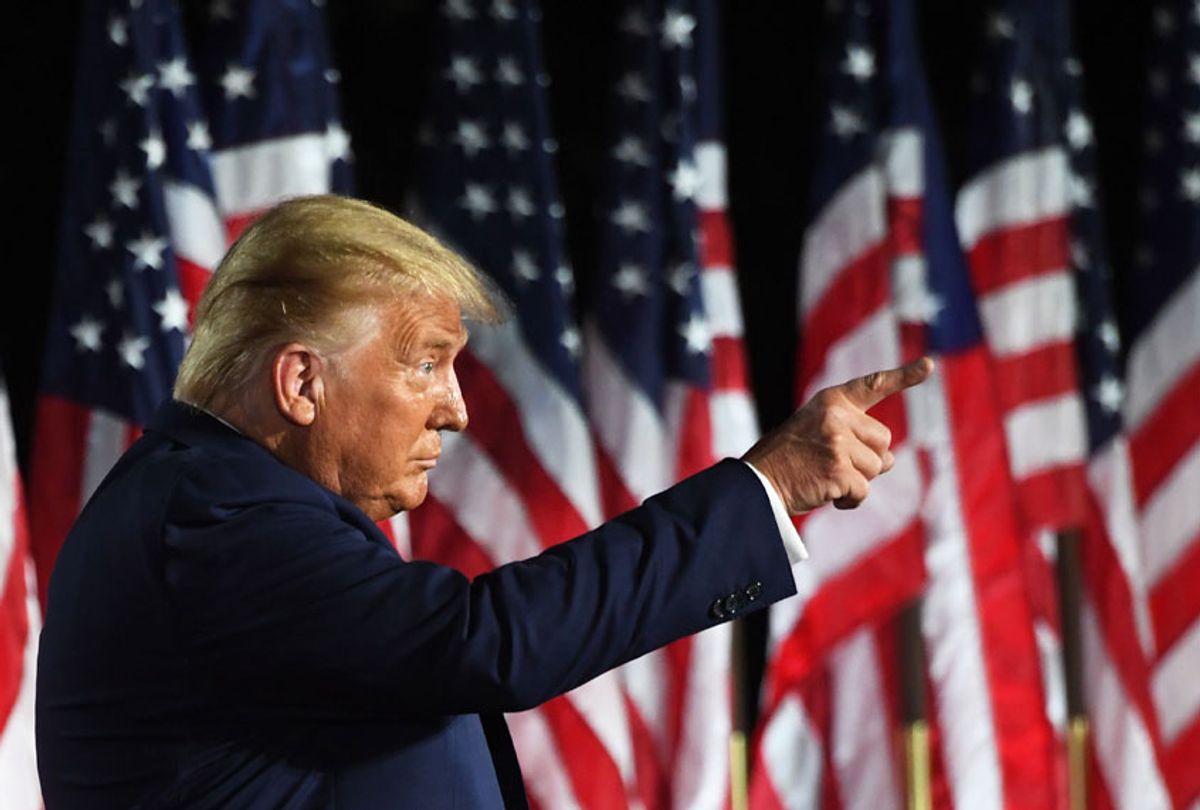 US President Donald Trump gestures at the conclusion of the the final day of the Republican National Convention from the South Lawn of the White House on August 27, 2020 in Washington, DC. (SAUL LOEB/AFP via Getty Images)
--

BusinessInsider posted the excerpt Thursday from the book in which Trump bragged he "saved his ass," from Congress. "I was able to get Congress to leave him alone. I was able to get them to stop."

In the wake of Khashoggi's murder, Trump went around Congress to sell $8 billion in weapons to the Saudis and the United Arab Emirates because there were protests by officials against rewarding the Crown Prince

"The people at The Post are upset about the Khashoggi killing," Woodward told Trump in a Jan. 22 interview. "That is one of the most gruesome things. You yourself have said."

"Yeah, but Iran is killing 36 people a day, so —" Trump interrupted before Woodward pivoted back to talking about Khashoggi's murder.

"Well, I understand what you're saying, and I've gotten involved very much. I know everything about the whole situation," boasted Trump.

"Do you believe that he did it?" Woodward asked.

"I know, but do you really believe —" Woodward began, but Trump cut him off.

The comment was reminiscent of the comments Trump made in Helsinki when Russian President Vladimir Putin told Trump he didn't hack the 2020 election.

"I see no reason why it would be," Trump said when asked by reporters about it. Trump later said he misspoke.

Read the full report by BusinessInsider.