"We did the best we could, and I think it’s really quite effective," Larry Kudlow says 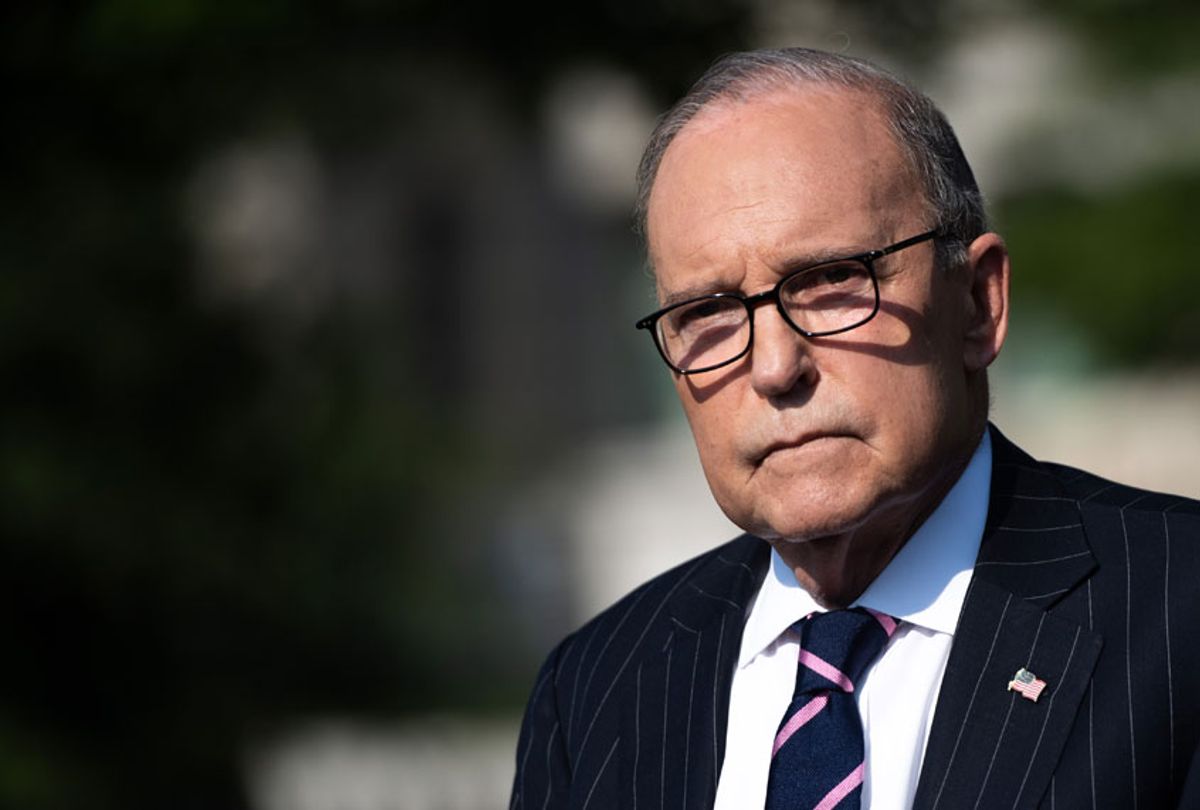 President Donald Trump has been widely criticized this week because of the bombshell revelations in veteran journalist Bob Woodward's new book, "Rage," which shows that back in February, Trump was privately acknowledging that COVID-19 had "deadly" potential and could become the worst health crisis in over 100 years —even though publicly, Trump was claiming that it didn't pose a major threat to the United States. Trump has defended his coronavirus lies by claiming that he didn't want to create a "panic," and his economic adviser, Larry Kudlow, is defending the president's COVID-19 response.

Trump's critics have been stressing that tens of thousands of lives in the U.S. could have been saved if the president had publicly acknowledge the danger that COVID-19 posed earlier and had promoted social distancing measures back in January and February. But Kudlow is echoing Trump's talking point that he didn't want to cause a "panic."

Kudlow told CBS told, "As a member of the coronavirus task force — Vice President Pence's task force — I can tell you that the president's public posture, where he wanted calm not panic, in no way reflected or slowed the internal process of building an across-the-board infrastructure to combat the virus."

The U.S. has, for months, been the COVID-19 epicenter of the world. According to Johns Hopkins University in Baltimore, the worldwide COVID-19 death count has passed 910,000 — and more than 191,000 of those deaths are in the United States.