The eatery announced the discontinuation of the fan-favorite menu item earlier this month, but you can clone it 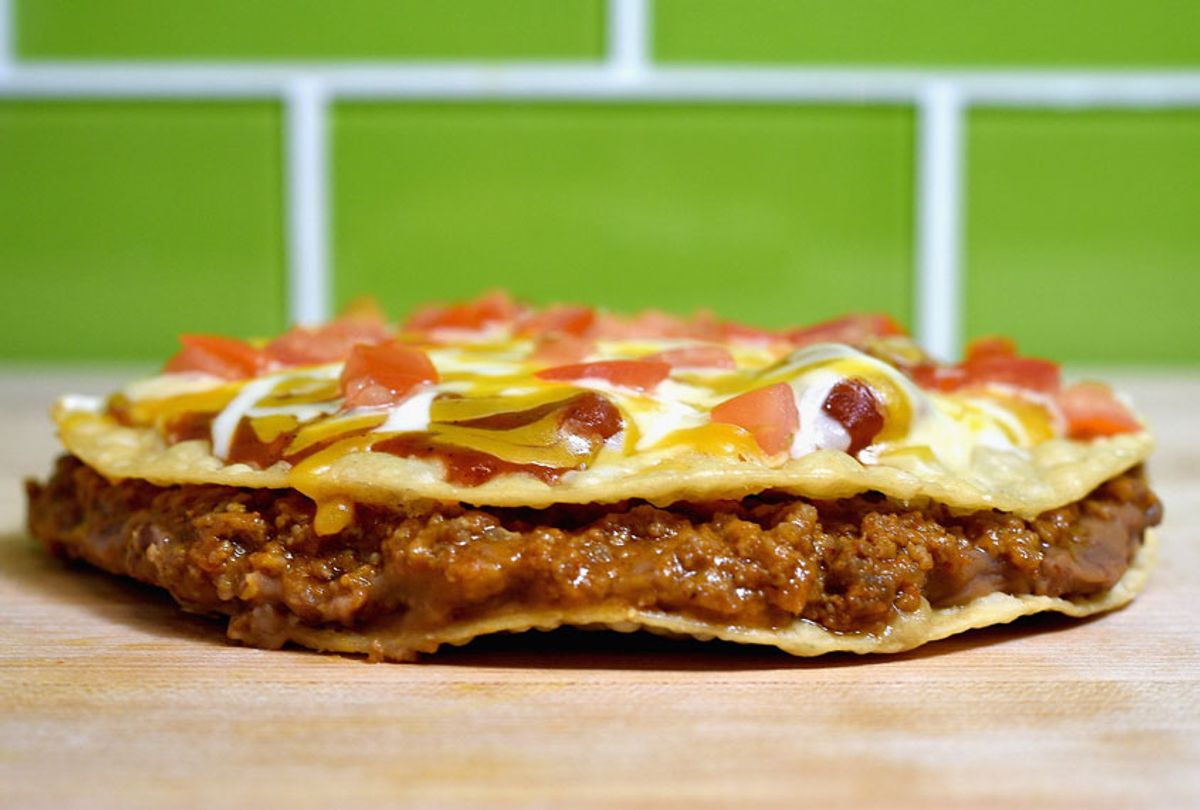 On the Taco Bell website, there are paragraphs dedicated to describing — or perhaps "romanticizing" is a more appropriate word — the dishes featured on their menu. Of the soft taco, the website says "it's got a journal full of poetry about its feelings, and a 100% track record of crying during movies based on paperback novels with shirtless dudes on the cover," while the grilled cheese burrito apparently "radiates con-queso confidence."

Comparatively, the thesis of the multi-paragraph Mexican Pizza is pretty straightforward: "Who wants to live in a world with no Mexican Pizza? Spoiler alert, but the answer is no one." But, alas, the world will soon have to adapt.

In a Sept. 3 press release, the 7,000-location chain announced that they would be discontinuing some of their most beloved items, including the 7-Layer Burrito, all the shredded chicken and potato options, Nachos Supreme, the Spicy Tostada. And yes, the Mexican Pizza.

That menu item, which is essentially a double-decker tostada topped with bubbling cheese, had a cult following — especially among vegetarians because it was one of the dishes that could be reliably adapted to be meat-free. It was this bizarre cultural mashup that seemed to revel in its inauthenticity, dripping in both drunken nostalgia and mild red enchilada sauce.

Taco Bell Quarterly, a literary magazine dedicated to writing about or featuring the fast-food chain, summarized the overwhelming response to the announcement of the product's discontinuation with a play on the Arthur's Fist meme, in which the children's book character's hand is clenched around a spork. "Me when I found out Taco Bell is cancelling the Mexican Pizza," the caption reads.

While 2020 has been a rough year, this loss, however inconsequential in the grand scheme of things, feels like another blow. In a statement from the company, Taco Bell President and Global CEO Mike Grams said the company is constantly evaluating ways to provide more efficient restaurant experiences, and have already begun to see progress from streamlining the menu.

"While we know fans may be understandably sad to see some of their favorites go, this evolution of our menu truly paves the way for fresh new ideas," Grams said. "The creativity and innovation in our kitchen hasn't slowed down at all, and we look forward to rolling out new fan favorites."

While they do that, we can still make a version of the Mexican Pizza at home. It's simple and probably healthier than what you'd get in the drive-through (but don't let that stop you from slathering it with any lingering packets of Taco Bell Fire Sauce you have stashed in your kitchen).