Giuliani promoted false charges about Biden made by Ukrainian legislator who's now under U.S. Treasury sanctions 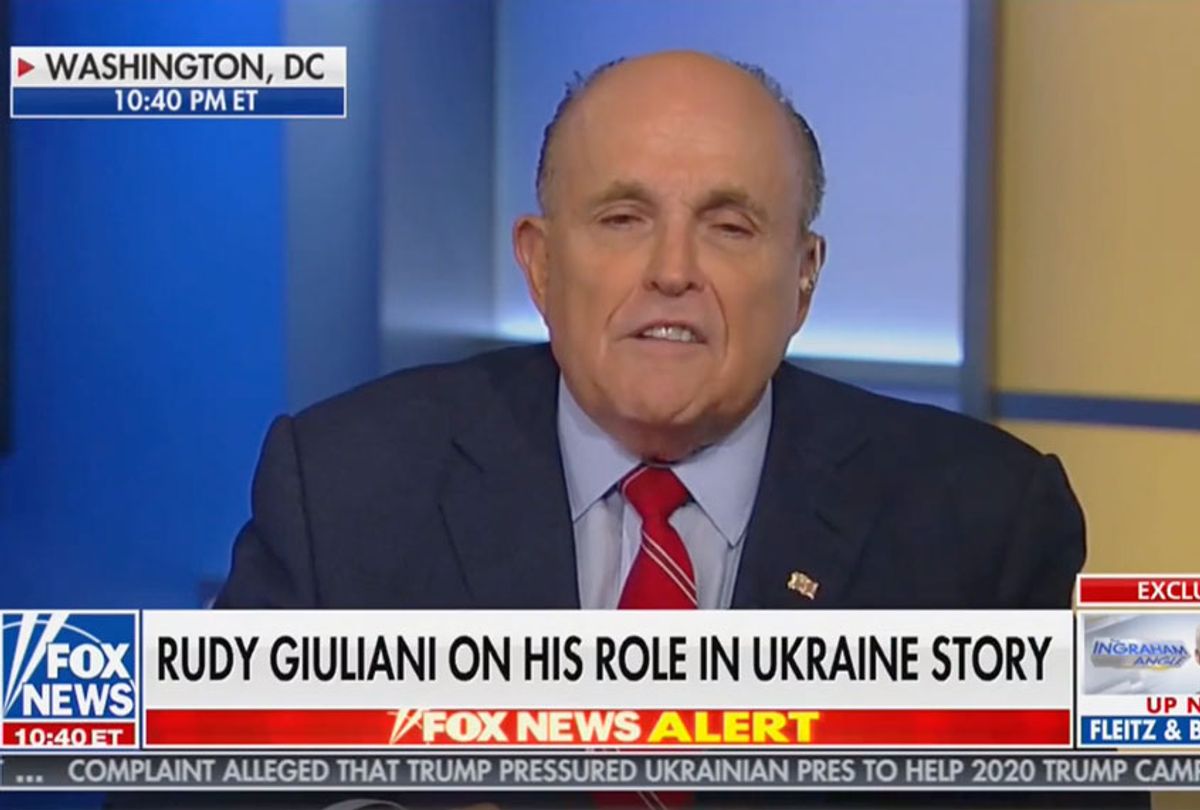 Former LifeLock spokesperson (and New York mayor) Rudy Giuliani is now seeking to distance himself from a member of the Ukrainian parliament who was sanctioned last week by the U.S. Treasury Department as an "active Russian agent."

The sanctions target Andrii Derkach, a Ukrainian lawmaker who has ties to Russian intelligence that date back more than a decade. Treasury now accuses Derkach of running a "covert influence campaign" aimed at the 2020 U.S. presidential election since late 2019.

Giuliani met with Derkach last year in Ukraine in the former mayor's role as Donald Trump's attorney, during a trip aimed at digging up dirt on Joe Biden, then viewed as the Democratic frontrunner and now the party's presidential nominee. Derkach and Giuliani discussed the much-debunked allegations about Biden in a segment on One America News Network (OAN), which Giuliani replayed on his personal podcast this March.

According to the Treasury Department, Derkach was pushing "false and unsubstantiated narratives concerning U.S. officials in the upcoming 2020 presidential election" into U.S. media via press conferences, interviews and other statements.

His efforts include releasing edited audiotapes that purport to document improprieties by Joe Biden in his dealings as vice president with the Ukrainian government.

When asked how he felt about his work with someone whom the Trump administration has now sanctioned as an active Russian agent, Giuliani offered no remorse, replying to Salon by text message:

"Yes I am very comfortable with what I did now leave me alone I'm with my friends discussing our experience on September 11 and keep covering up for the Biden Family making millions selling his public office."

Giuliani, who forwarded a supposed dossier of information on Biden to the State Department in the spring of 2019, told NPR that he had "never tried to influence the election."

Derkach, Giuliani said in comments to NPR, "had no unique information that wasn't already known except the $5.3 billion and that is being investigated in UKRAINE." That again promotes Derkach's debunked claims that Biden and his family somehow enriched themselves on a grand scale from business deals in Ukraine.

Giuliani's activity in Ukraine last year led directly to the impeachment of his client, President Trump. Even as congressional impeachment hearings were proceeding, Giuliani traveled to Ukraine with an OAN news production team in an apparent attempt to justify his smears against Biden and create an alternative to the impeachment narrative. A few weeks after his trip, the House voted to impeach Trump.

Giuliani also popped up in an intriguing photograph with Chinese journalist Ding Gang, an associate of expat billionaire Guo Wengui, a Mar-a-Lago member who has been accused of being an agent of the Chinese government.

Adding to the mystery, former Trump aide and campaign CEO Steve Bannon, who was arrested aboard Guo's yacht last month on federal fraud and money laundering charges, can be seen in the background of that photograph, above Giuliani's shoulder.

As Salon first reported, Bannon's nonprofit group Citizens of the American Republic — subject of a documentary and now also a federal investigation — employed top Trump campaign strategist Jason Miller from October 2019 until at least February 2020, at a salary of $20,000 a month.