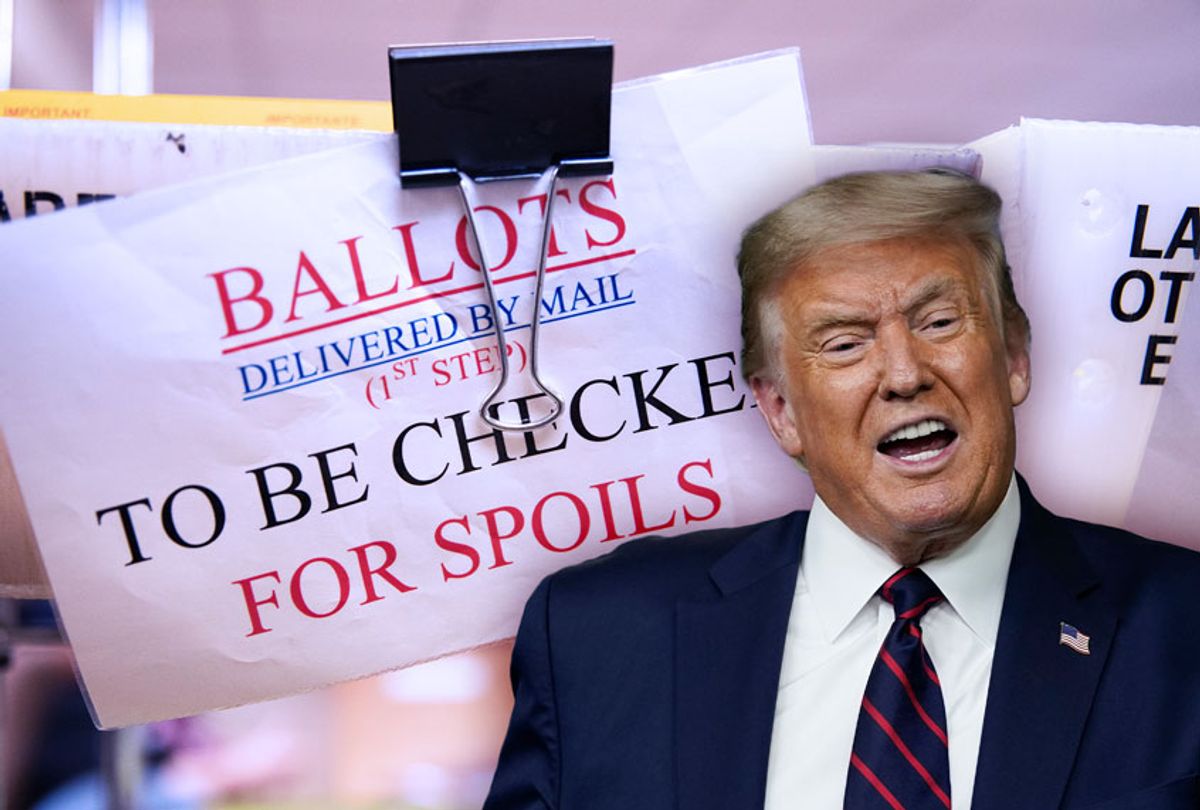 Republicans will ask the Supreme Court to limit mail-in voting in Pennsylvania after the top court in the key swing state extended ballot deadlines last week.

The move comes days after Justice Ruth Bader Ginsburg passed away from cancer complications, leaving the court with a 5-3 conservative majority.

"This could be a big first test for the post-RBG Supreme Court and where it will stand on election issues," Rick Hasen, an election law expert at the University of California Irvine, told The Hill, which first reported the filing. "There's little reason to believe that the conservative-liberal divide will disappear with Justice Ginsburg's death."

The Pennsylvania Supreme Court ruled last week to allow mail-in ballots to be counted even if they arrive three days after Election Day so long as they are postmarked by Nov. 3. The court also expanded drop boxes in the state and blocked a Republican attempt to allow "poll watchers" to monitor voters in counties where they do not reside.

The Republicans only plan to ask the Supreme Court for a stay on the mail-in ballot extension.

"The court's judgment . . . creates a serious likelihood that Pennsylvania's imminent general election will be tainted by votes that were illegally cast or mailed after Election Day," the GOP filing said. ". . . The Elections Clause of the United States Constitution vests the authority to regulate the times, places, and manner of federal elections to Pennsylvania's General Assembly, subject only to alteration by Congress — not this Court."

The appeal would go to conservative Justice Samuel Alito, who oversees the 3rd Circuit Court of Appeals in Philadelphia, according to The Washington Post. However, the entire court may choose to weigh in on the decision. The outlet noted that Republicans also separately asked a lower federal court to declare the drop box and poll watcher rulings unconstitutional.

"Such last-minute changes by court order can engender widespread 'voter confusion,' erode public 'confidence in the integrity of our electoral process' and create an 'incentive to remain away from the polls'," the Republican filing claimed.

But Republicans appear to have no interest in addressing another mail-in voting rule, which election officials warned has the potential to cause "electoral chaos" and set the state up to be the "subject of significant post-election legal controversy, the likes of which we have not seen since Florida in 2000."

The state court's decision, while largely siding with Democrats, upheld a rule requiring election officials to discard "naked ballots," or ballots that are returned without a second inner "secrecy envelope."

Philadelphia City Commissioner Lisa Deeley warned that the rule may disenfranchise more than 100,000 voters in the state. The state has historically seen a "naked ballot" rate of around 6%. The number of mail ballots is expected to increase tenfold this year, and the ballots are required to be rejected.

Fifteen other states use secrecy sleeves, which Deeley said are a "vestige of the past" made obsolete by rapid counting machines, which replaced the old system of manually counting ballots at individual polling places. The secrecy envelope "exists now only as a means to disenfranchise well-intentioned" voters, she said.

Pennsylvania is expected to be a critical state this November after President Donald Trump carried the state by just over 44,000 votes in 2016.

Election forecaster FiveThirtyEight predicts that there is about a 31% chance that the state could tip the election this year to Trump or Democratic nominee Joe Biden. Polls show a close race in the Keystone State, with Biden leading by an average of 4.5%.

There is a significant chance that the results in Pennsylvania and other states will be challenged after the election. Trump himself has said that he is "counting" on federal courts to determine the election winner.

"We're going to have a victory on Nov. 3 the likes of which you've never seen," he said at a rally last week. "Now we're counting on the federal court system to make it so that we can actually have an evening where we know who wins — not where the votes are going to be counted a week later or two weeks later."