Trump's support of the idea initially came at the urging of Florida Gov. Ron DeSantis, a close Republican ally 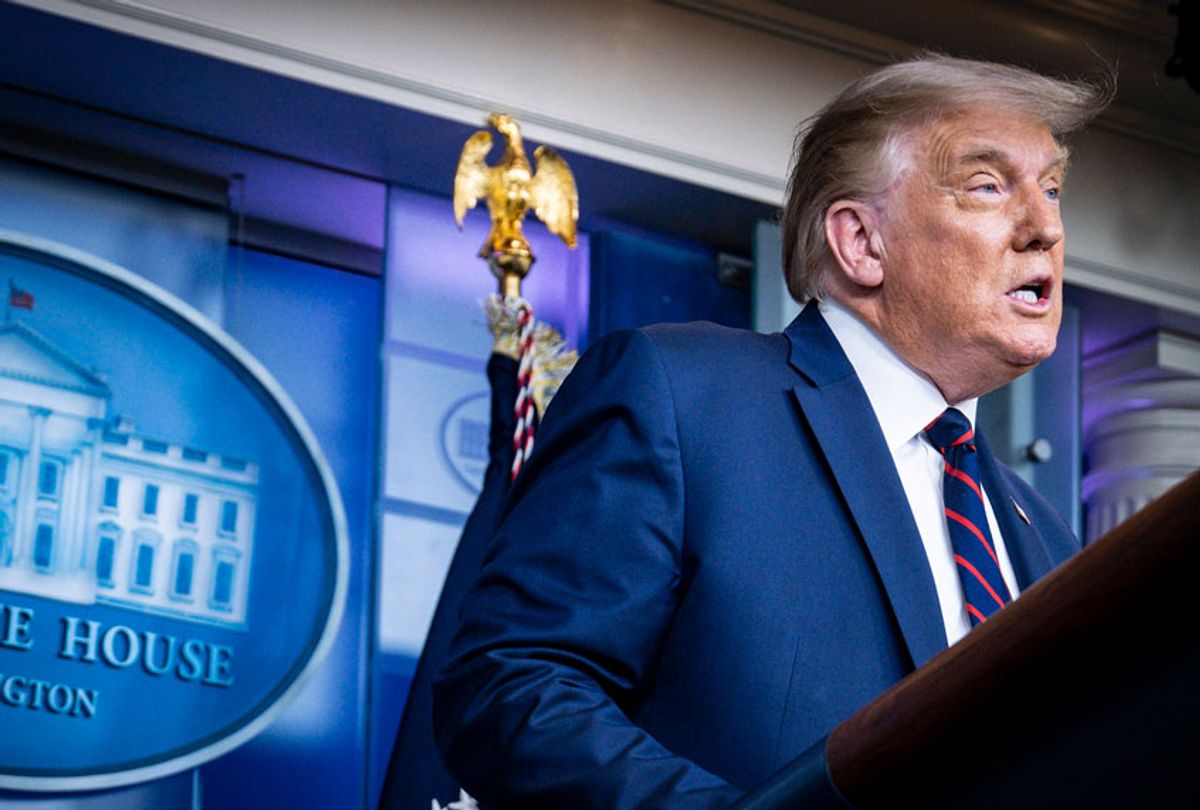 Over the objections of drugmakers, the Trump administration is expected within weeks to finalize its plan that would allow states to import some prescription medicines from Canada.

Six states — Colorado, Florida, Maine, New Hampshire, New Mexico and Vermont — have passed laws allowing them to seek federal approval to buy drugs from Canada to give their residents access to lower-cost medicines.

But industry observers say the drug importation proposal under review by the administration is squarely aimed at Florida — the most populous swing state in the November election. Trump's support of the idea initially came at the urging of Florida Gov. Ron DeSantis, a close Republican ally.

The DeSantis administration is so confident Trump will move ahead with allowing drug importation that it put out a request June 30 for private companies to bid on a three-year, $30 million contract to run the program. It hopes to award the contract in December.

Industry experts say Florida is likely to be the first state to win federal approval for a drug importation plan — something that could occur before the November election.

"Approving Florida would feel like the politically astute thing to do," said Mara Baer, a  health consultant who has worked with Colorado on its importation proposal.

Ben England, CEO of FDAImports, a consulting firm in Glen Burnie, Maryland, said the OMB typically has 60 days to review final rules, although he expects this one could be completed before Nov. 3 and predicted there's a small chance it could get finalized and Florida's request approved by then. "It's an election year, so I do see the current administration trying to use this as a talking point to say 'Look what we've accomplished,'" he said.

Florida also makes sense because of the large number of retirees, who face high costs for medicines despite Medicare drug coverage.

The DeSantis administration did not respond to requests for comment.

Trump boasted about his importation plan during an October speech in The Villages, a large retirement community about 60 miles northwest of Orlando. "We will soon allow the safe and legal importation of prescription drugs from other countries, including the country of Canada, where, believe it or not, they pay much less money for the exact same drug," Trump said, with DeSantis in attendance. "Stand up, Ron. Boy, he wants this so badly."

The Food and Drug Administration released a detailed proposal last December and sought comments. A final plan was delivered Sept. 10 to the Office of Management and Budget for review, signaling it could be unveiled within weeks.

The proposal would regulate how states set up their own programs for importing drugs from Canada.

Prices are cheaper because Canada limits how much drugmakers can charge for medicines. The United States lets free markets dictate drug prices.

The pharmaceutical industry signaled it will likely sue the Trump administration if it goes forward with its importation plans, saying the plan violates several federal laws and the U.S. Constitution.

But the most stinging rebuke of the Trump importation plan came from the Canadian government, which said the proposal would make it harder for Canadian citizens to get drugs, putting their health at risk.

"Canada will employ all necessary measures to safeguard access for Canadians to needed drugs," the Canadian government wrote in a letter to the FDA about the draft proposal. "The Canadian drug market and manufacturing capacity are too small to meet the demand of both Canadian and American consumers for prescription drugs."

Without buy-in from Canada, any plan to import medicines is unlikely to succeed, officials said.

For decades, Americans have been buying drugs from Canada for personal use — either by driving over the border, ordering medication on the internet or using storefronts that connect them to foreign pharmacies. Though illegal, the FDA has generally permitted purchases for individual use.

About 4 million Americans import lower-cost medicines for personal use each year, and about 20 million say they or someone in their household have done so because the prices are much lower in other countries, according to surveys.

The practice has been popular in Florida. More than a dozen storefronts across the state help consumers connect to pharmacies in Canada and other countries. Several cities, state and school districts in Florida help employees get drugs from Canada.

The administration's proposal builds on a 2000 law that opened the door to allowing drug importation from Canada. But that provision could take effect only if the Health and Human Services secretary certified importation as safe, something that Democratic and Republican administrations have refused to do.

The drug industry for years has said allowing drugs to be imported from Canada would disrupt the nation's supply chain and make it easier for unsafe or counterfeit medications to enter the market.

Trump, who made lowering prescription drug prices a signature promise in his 2016 campaign, has been eager to fulfill his pledge. In July 2019, at Trump's direction, HHS Secretary Alex Azar said the federal government was "open for business" on drug importation, a year after calling drug importation a "gimmick."

The administration envisions a system in which a Canadian-licensed wholesaler buys directly from a manufacturer for drugs approved for sale in Canada and exports the drugs to a U.S. wholesaler/importer under contract to a state.

Florida's legislation — approved in 2019 — would set up two importation programs. The first would focus on getting drugs for state programs such as Medicaid, the Department of Corrections and county health departments. State officials said they expect the programs would save the state about $150 million annually.

The second program would be geared to the broader state population.

In response to the draft rule, the states seeking to start a drug importation program suggested changes to the administration's proposal.

"Should the final rule not address these areas of concern, Colorado will struggle to find appropriate partners and realize significant savings for consumers," Kim Bimestefer, executive director of the Colorado Department of Health Care Policy & Financing, told the FDA in March.

Among the state's concerns is that it would be limited to using only one Canadian wholesaler, and without competition the state fears prices might not be as low as officials hoped. Bimestefer also noted that under the draft rule, the federal government would approve the importation program for only two years and states need a longer time frame to get buy-in from wholesalers and other partners.

Colorado officials estimate importing drugs from Canada could cut prices by 54% for cancer drugs and 75% for cardiac medicines. The state also noted the diabetes drug Jardiance costs $400 a month in the United States and sells for $85 in Canada.

Several states worry some of the most expensive drugs — including injectable and biologic medicines — were exempt from the federal rule. Those drug classes are not allowed to be imported under the 2000 law.

However, in an executive order in July, Trump said he would allow insulin to be imported if Azar determined it is required for emergency medical care. An HHS spokesman would not say whether Azar has done that.

Jane Horvath, a health policy consultant in College Park, Maryland, said the administration faces several challenges getting an importation program up and running, including possible opposition from the pharmaceutical industry and limits on classes of drugs that can be sold over the border.

"Despite the barriers, the programs are still quite worthwhile to pursue," she said.

Maine's top health official said the administration should work with the Canadian government to address Canada's concerns. HHS officials refused to say whether such discussions have started.

Officials in Vermont, where the program would also include consumers covered by private insurance, remain hopeful.

"Given that we want to reduce the burden of health care costs on residents in our state, then it is important to pursue this option if there is a clear pathway forward," Backus said.