"This is an open admission that Trump hopes to use the Supreme Court to steal the election." 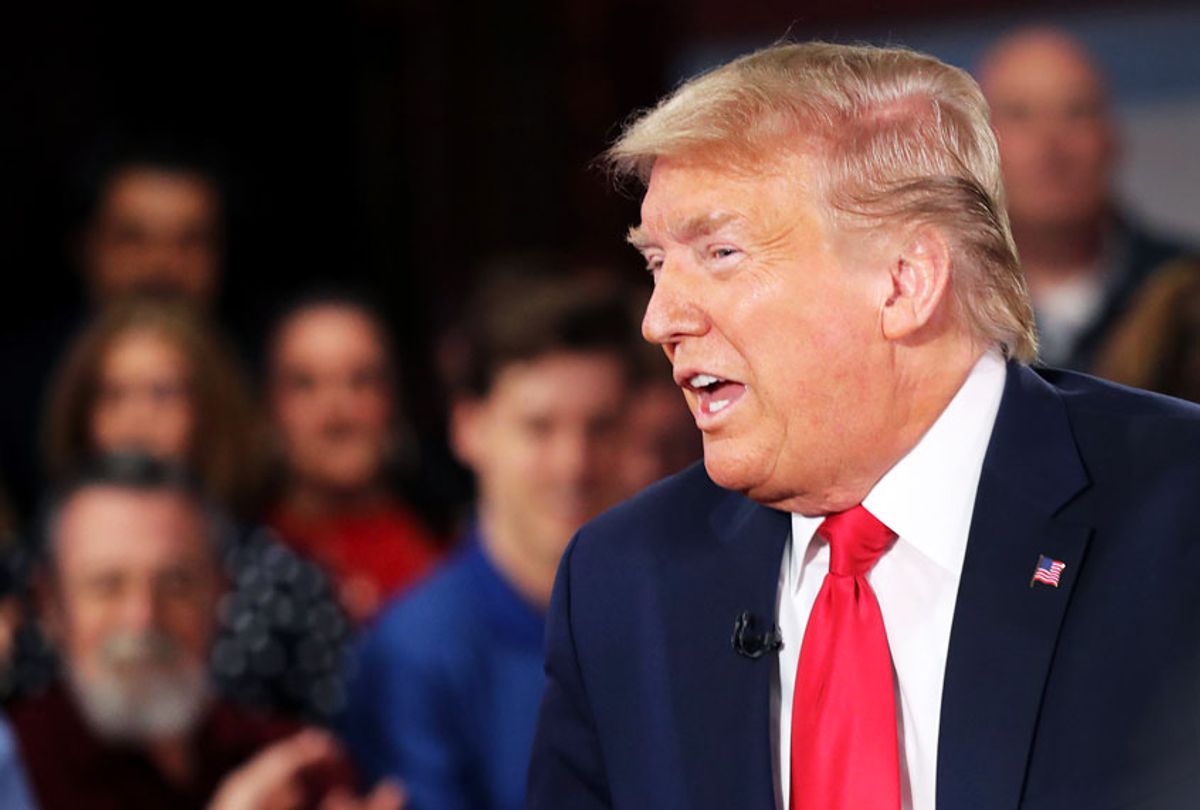 President Donald Trump said during a campaign rally over the weekend that he is "counting on the federal court system"—which he has packed with right-wing judges—to declare a winner of the presidential election on the night of November 3, a statement that one journalist described as an "outright pledge to use the courts to stop votes from being counted."

"We're counting on the federal court system to make it so that we can actually have an evening where we know who wins, OK," Trump said during an event in  Fayetteville, North Carolina on Saturday. "Not where the votes are going to be counted a week later, two weeks later."

Trump appeared to be referring to states that have extended absentee ballot deadlines to accommodate the unprecedented surge in mail-in voting driven by the coronavirus pandemic, which is expected to delay the announcement of an election winner. In the key battleground of Pennsylvania, for instance, the state Supreme Court ruled last week that mail-in ballots received by November 6 must be counted as long as they are postmarked by Election Day. More than 20 other states are similarly allowing mail-in ballots to arrive days after November 3 if postmarked on time.

"Trump said he wants to use the federal courts to cheat in November by denying Americans' lawfully-cast mail-in ballots," Rep. Don Beyer (D-Va.) tweeted Sunday in response to the president's comments, which came less than 45 days ahead of the November election.

"This is an open admission that Trump hopes to use the Supreme Court to steal the election," added Beyer.

MSNBC's Garrett Haake noted that while declaring an Election Night winner is "not a thing courts do," the "fact that the president is calling for it demands our attention."

Trump's comments further validated growing fears that the president could attempt to falsely declare himself the winner on Election Night, even with many mail-in ballots—which Trump has baselessly characterized as uniquely vulnerable to manipulation—left to be counted.

"It's easy to imagine the president, a geyser of self-serving lies and conspiracies, prematurely declaring himself the victor, crying foul as his lead evaporates as additional votes are counted, and challenging any loss based on the mail-in ballots he's already condemned as fraudulent," Vanity Fair's Eric Lutz wrote earlier this month. "Such a scenario would be every bit as dangerous as one in which he tried to postpone the election."

As Common Dreams reported last week, major corporate media outlets are facing pressure to craft and publicize a plan to combat any misinformation or premature victory declarations by the president or other candidates on Election Night.

The National Task Force on Election Crises, a coalition of election experts and academics, warned in a letter to news outlets last Wednesday that the "period of uncertainty" caused by the historic flood of mail-in ballots "will add further pressure to an already strained system and allow bad actors to attempt to undermine our democratic process."

New York magazine's Ed Kilgore has argued that any effort by the president to falsely declare victory on Election Night will depend on media outlets echoing and failing to adequately debunk his "bogus claims."

"Challenging the lies at the very point of utterance," Kilgore wrote earlier this month, "will be essential to stopping them from developing into a contested election and possibly a constitutional crisis."