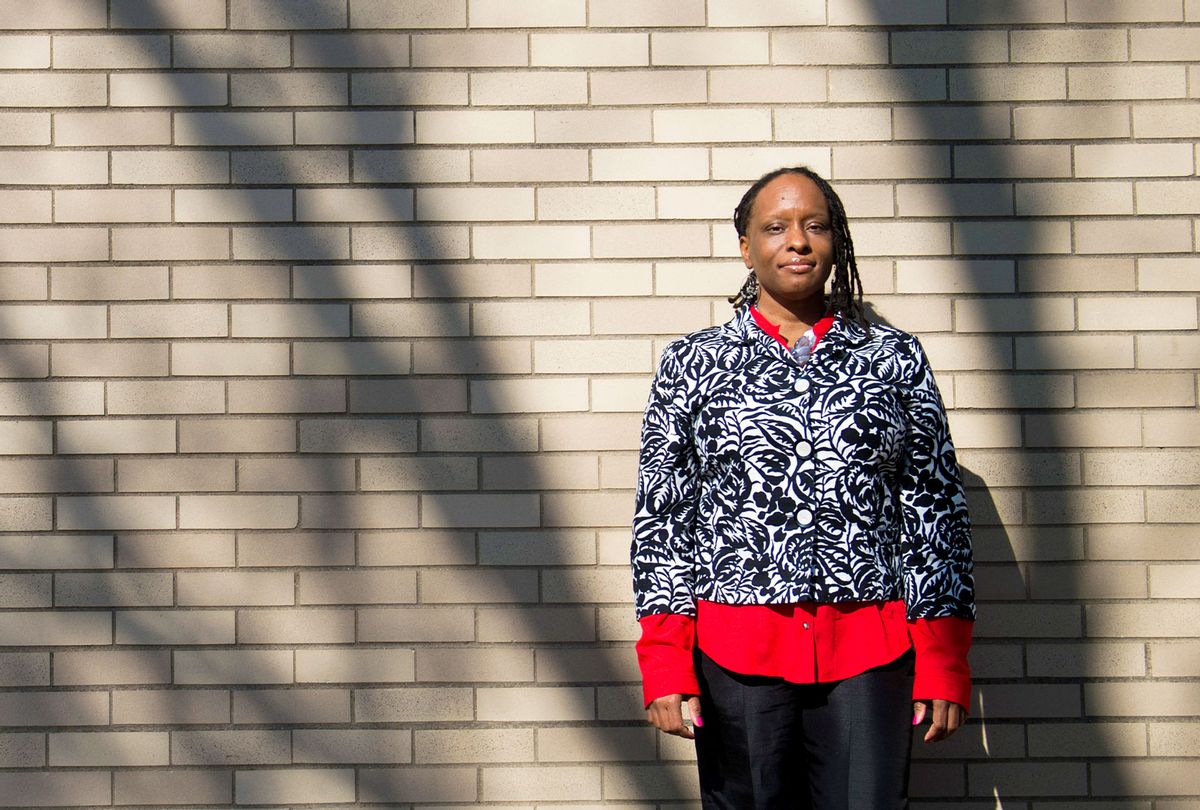 The lone Black woman in the Kentucky legislature was arrested among dozens of other demonstrators who marched on Thursday in protest of the grand jury decision not to charge any officers in the police killing of Breonna Taylor.

State Rep. Attica Scott, the author of Breonna's Law, which would ban "no-knock" warrants statewide in the wake of Taylor's death, was charged with first-degree rioting, failure to disperse and unlawful assembly, according to the Louisville Courier-Journal.

First-degree rioting is a Class D felony, according to WDRB-TV, the same level as the charges brought against former Louisville Police Officer Brett Hankison for "blindly" firing into Taylor's apartment.

Hankison was the lone officer charged in the shooting, though he was charged with wantonly endangering Taylor's neighbors after bullets struck the wall between Taylor's apartment and the neighbors. None of the three officers who fired their weapons were charged in Taylor's death.

Scott was arrested alongside her daughter, Ashanti, activist Shameka Parrish-Wright and about two dozen other protesters near the Louisville Free Public Library after someone broke a window and tossed a flare inside the building, according to the Courier-Journal.

Scott was accused of being part of the group who caused the damage, according to WDRB. The outlet noted that a lone individual was responsible for the damage, and nearby protesters "condemned the individual's actions."

Ted Shouse, an attorney for Parrish-Wright, told the outlet that "it appears LMPD is targeting protest organizers."

Both Scott and Parrish-Wright were released on Friday on personal recognizance bonds and are scheduled to be arraigned on Oct. 6.

Parrish-Wright, the co-chair of the Kentucky Alliance Against Racist and Political Repression and the operations manager of The Bail Project Louisville, was hit with the same charges as Scott.

"This arrest and these charges are outrageous," Shouse said in a statement. "Shameka Parrish-Wright is a pillar of this community. She was arrested alongside a sitting member of our legislature for exercising her First Amendment rights."

Officials with the library workers' union published a statement on Facebook defending Scott and "other peaceful protestors."

"Representative Scott has consistently been a vocal supporter of libraries and library workers and has been an ally specifically to our union through many battles," the statement said. "We have seen no proof that the flare thrown into the library has done any major damage — nor that Representative Scott had anything to do with it — and find these accusations inconsistent with her character and the constant support we have received from her."

Raymond noted that Hankison was released within 30 minutes after his arrest, while Taylor was detained overnight.

Scott joined the protests after a grand jury declined to bring charges against the three officers who fired their weapons while serving a warrant for Taylor's ex-boyfriend Jamarcus Glover at her home. Kentucky Attorney General Daniel Cameron argued that two of the officers were "justified" in their use of force, because Taylor's boyfriend, Kenneth Walker, fired his legally owned gun when they entered the apartment. Cameron said a single neighbor corroborated the officers' claims that they announced themselves, even though 11 other neighbors said they did not hear any announcement.

Cameron's press conference after the grand jury decision has sparked widespread allegations that he made false characterizations about the shooting.

Scott recently filed a complaint against an Louisville police officer who allegedly shoved her and sprayed her with tear gas without warning during another protest in May, according to WFPL.

She told NPR earlier this week that justice "is hardly ever served when it's police officers murdering Black people."

"Our call to action is to continue to make sure that the city of Louisville understands that we will not go away, that we will continue to demand the defunding of police and the dismantling of this police department because it's corrupt from the inside out, from the bottom to the top," she said. "And it cannot continue to function in the way that it does."

It is unclear whether the state legislature will take up the "Breonna's Law" bill, which would also require officers to turn on their body cameras when serving a warrant and be screened for drugs and alcohol if they are involved in a deadly incident or shooting.

"The bill that I have filed, Breonna's Law for Kentucky, has to pass," Scott told NPR. "It has to pass so that what happened in the case of Breonna Taylor does not happen again — that we have to get policy change because this system will not change unless the policies reflect what the people are demanding."