One of the officers involved in the shooting of Breonna Taylor is being fired, Louisville mayor says 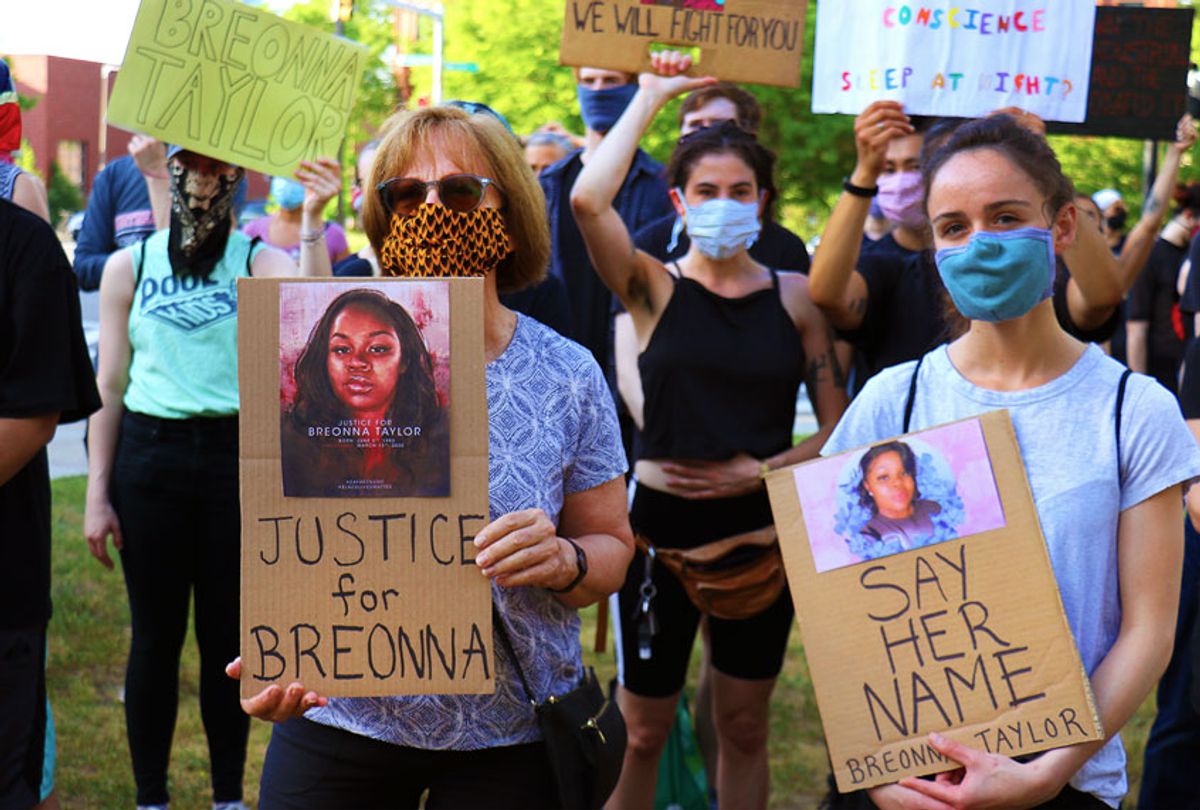 One of the three officers who fired a weapon when police used a "no-knock" warrant to enter the apartment Breonna Taylor is being fired, Mayor Greg Fischer announced on Friday.

Fischer announced the termination of Brett Hankison after interim Police Chief Robert Schroeder accused the officer of "blindly" firing 10 rounds into Taylor's apartment in a letter relaying the decision, according to the Louisville Courier-Journal.

"I find your conduct a shock to the conscience. I am alarmed and stunned you used deadly force in this fashion." Schroeder wrote Friday to Hankison. "The result of your action seriously impedes the department's goal of providing the citizens of our city with the most professional law enforcement agency possible. I cannot tolerate this type of conduct by any member of the Louisville Metro Police Department. Your conduct demands your termination."

The letter accused Hankison of violating procedures related to both the obedience of rules and regulations and the use of deadly force, according to local news outlet WFPL.

Fischer said at a Friday news conference that state law barred him from commenting on the case.

"Unfortunately, due to a provision in state law that I would very much like to see changed, both the chief and I are precluded from talking about what brought us to this moment or even the timing of this decision," he said.

Officials previously claimed that no action could be taken against the officers until the investigation was completed.

Taylor, a 26-year-old EMT, was fatally shot eight times in March when police forced their way into her apartment as part of a drug investigation. Taylor's boyfriend, Kenneth Walker, and her neighbors said police did not announce themselves when they served the no-knock warrant listing her address.

Walker, who later said he thought someone was breaking into the home, fired a shot in self-defense. Police returned fire, killing Taylor in her bed. No drugs were found in the apartment.

Taylor's fatal death has prompted mass protests in the Louisville area. The FBI and the state's attorney general continue to investigate her death.

Hankison, who has been at the police department since 2003, joined the Narcotics Unit in 2016.

The police department's Public Integrity Unit has also launched an investigation into multiple sexual assault allegations made by two women in social media posts, according to the Courier-Journal. Both women allege that Hankison drove them from bars after they had been drinking and sexually assaulted them.

"It's about damn time," Sam Aguiar, an attorney for Taylor's family, said of Hankison's firing.

"This is the poster child of the dirtiest of dirty cops and the most dangerous of dangerous cops," Aguiar told WDRB. "I hope to God he's never back to working our streets again."

Under state law, Hankison is allowed to appeal his firing in the next 10 days. The Metro Police Merit Board has the power to overturn the police chief's decision, but their ruling can likewise be appealed to the Circuit Court, according to WFPL.

Sgt. Jonathan Mattingly and Officer Myles Cosgrove, who also fired their weapons into Taylor's apartment, have been placed on administrative leave.

Mattingly was shot in the leg by Walker. Walker was initially charged with attempted murder and assault, but those charges were dropped in May.

The FBI said in a Friday statement that the agency is still "conducting an independent investigation into all aspects of the death of Breonna Taylor." The FBI's Louisville office said it was at Taylor's apartment "conducting judicially authorized activity."