"This kind of sleazy double-dealing is the last gasp of a desperate party," Warren said. 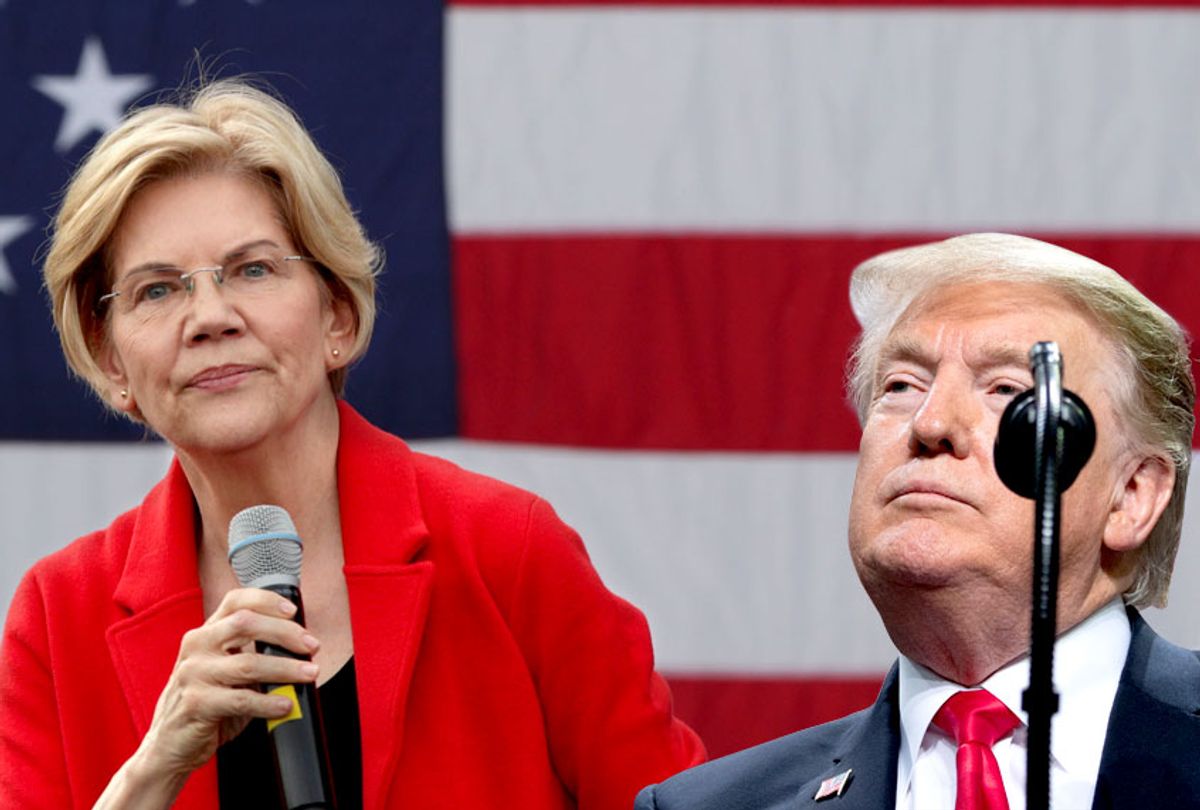 In a speech on the Senate floor honoring the legacy of the late Justice Ruth Bader Ginsburg, Sen. Elizabeth Warren on Tuesday condemned President Donald Trump and his Republican allies' pre-election rush to fill the new Supreme Court vacancy as "the last gasp of a right-wing, billionaire-fueled party that wants to hold onto power a little longer in order to impose its extremist agenda."

"Ruth Ginsburg was a woman who never let any man silence her," said the Massachusetts senator. "The most fitting tribute to her is to refuse to be silenced, and to name exactly what Donald Trump and Senate Republicans are trying to do—steal another Supreme Court seat. This kind of sleazy double-dealing is the last gasp of a desperate party that is undemocratically over-represented in Congress and in the halls of power across our country."

If Trump and the Republican-controlled Senate succeed in ramming through Trump's Supreme Court pick before the election despite widespread public opposition, Warren said Democrats have an obligation to "explore every option we have to restore the court's credibility and integrity."

While Warren did not mention specific reforms, prominent Democratic lawmakers — including Sen. Ed Markey, D-Mass., and Rep. Jerry Nadler, D-N.Y. — have voiced support for adding justices to the Supreme Court if the Senate confirms Trump's nominee. The Massachusetts senator previously said she is open to the idea, which is also backed by progressive advocacy groups like Demand Justice.

"The list of what is at stake if Republicans get their way and their extremist agenda finds a home in the nation's highest court is truly staggering," Warren said Tuesday, warning that a "McConnell-Trump" justice would imperil healthcare coverage for millions of people with preexisting conditions, threaten reproductive rights, disenfranchise voters, and gut climate regulations.

"Three years ago, I watched our nation rise up in the face of impossible odds and defend healthcare when Donald Trump and Mitch McConnell wanted to strip away care from millions of Americans," Warren said. "We face those same odds today, as we again fight to protect the healthcare of those same Americans, and to protect so much more. But I have hope. Because I know that this is a righteous fight, and I know that millions of other Americans are also in this fight."