"There’s so much more than a crime story," Daniel Gordon, who filmed the series over four years, tells Salon 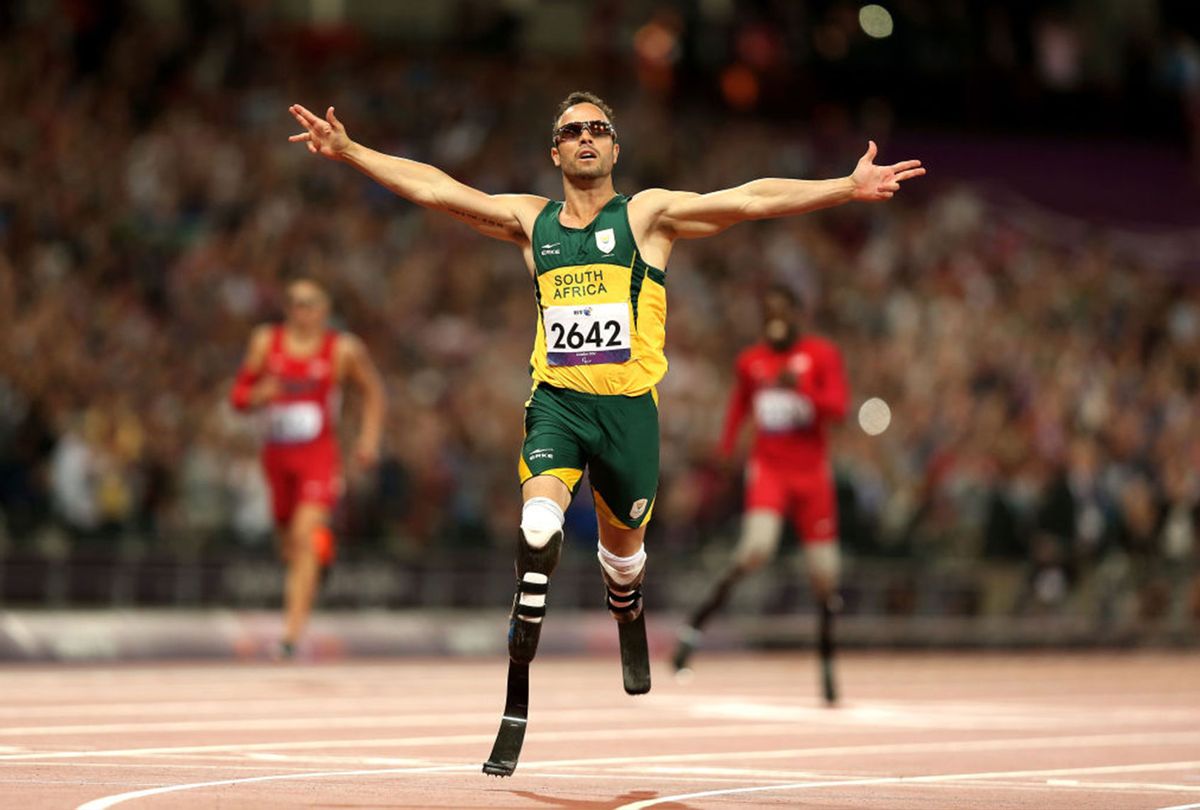 The story of Oscar Pistorius is truly the definition of a meteoric rise and fall. The Paralympic — and then Olympic — sprinter defied odds and fought for the chance to compete victoriously against able-bodied athletes in the 2012 London games.

A year later, he was under investigation for the shooting death of his girlfriend, Reeva Steenkamp. That case made just as many headlines as his initial rise to glory, and is back in viewers' minds amid the postponement of the 2020 Olympics and Paralympics and in the wake of the enthralling Netflix documentary "Rising Phoenix."  Pistorius is currently serving a 13-year sentence for murder.

Director Daniel Gordon has spent years working on the four-part ESPN "30 for 30" docuseries "The Life and Trials of Oscar Pistorius." He spoke with Salon about how polarizing the case is and was, what he learned about the coverage of Pistorius as an athlete when surveying archival footage, and how the pandemic could have totally derailed the project.

You started talking about this series about four years ago, right? That was right around the time "O.J.: Made in America" had been released. Were you specifically looking for sports stories with a true crime angle?

They were; I wasn't. It's never been something that specifically interests me. I love sports stories, but all my docs tend to have a sports backdrop, but they're human stories. You'll never know [what it's like] to be a 400-meter hurdler, but you'll know all about the character of this guy. So this was no different, really.

And what really impressed me about the O.J. story was not the trial, but actually the college football angle and the layer of race and the fact that they gave it seven and a half hours, whereas, ordinarily, even in a two-hour film, you never got the layers or the details like that. I thought they were really brave as a broadcaster to go with that. They were saying, "We want more," and that's music to my ears.

They came up to me and said, "What do you think about the Oscar Pistorius story [for a potential project]?" And I was like, "Not sure, to be honest, but I'll give it two weeks and come back." I was literally on the phone within three days saying that it was a really good story that I was going to flesh it out. There's loads within it and there's so much more than a crime story, as well. Even without the crime element, it's an amazing story.

I want to talk more about those layers in a minute, but for people who maybe didn't follow the case super closely at the time, there are people on two ends of the spectrum when it comes to Oscar's motivation behind killing Reeva. People who thought it was a genuine mistake, and people who thought otherwise. Could you talk a little bit about both those viewpoints?

I mean, it literally is two polar opposites. There is no one character in the [series] who says there is a middle ground. Either you believe him, or you didn't and he's labeled as a vicious murderer. So, the state's case is very simple. They had an argument that on that night, he lost his temper, followed her down the corridor with a gun in her hand, and she went into the bathroom. She locked herself in, the argument continued, and he fired four shots and killed her in cold blood. End of story — premeditated murder. That's their line.

There's another version, which [Oscar] has said from the very, very beginning and still says to this day. That's that he woke up in the middle of the night. It's very dark; it's summer in South Africa in February and it's pitch black and he went to get the fans because they're making a bit of noise. During that period, unknown to him, Reeva went to the toilet, he heard a noise and thought it was a burglar. He was in an awful lot of personal trouble at the time with unsavory characters in Johannesburg and assumed someone was coming to get him or that someone had invaded his home — which is very, very common in South Africa and typically ends as a violent home invasion. It's something that we don't quite really understand in Britain until you live there or are from there.

Because he was not on his prosthetics, just on his stumps, he was very vulnerable. His natural instinct was to go to the danger and not flee from it. He went to confront the perceived burglar . . . then fires his shots.

So they are two very different views in terms of investigation, and they're both very plausible at certain points — despite being far from plausible at others. In terms of a case, it's fascinating. Whenever people ask me what I think, I always refer them to whichever part of the [series] I'm watching at that time.

We only just finished rewatching [Part 4] yesterday and I'm still like, "Four years in and I'm still flip-flopping."  You're never quite sure.

Pulling back a little bit, from a storytelling perspective, one of the things that I thought was really interesting about this series was the variety of interviews featured — from family friends to fellow athletes to people involved in the legal system. We hear from a lot of people and it really propels the narrative forward. How did you determine whose voices you wanted to feature and center in this story?

I mean, there are 65 characters in the [series]. There are 55 characters on the cutting room floor, and the same amount who we spoke to, in research, both to try and persuade them to be in the [series] and also just for pure knowledge, knowing they wouldn't be interviewed, but for background research.

So, I wanted to get as broad a character base as possible, but also have people who were not relying on third-party [information] in that they didn't hear about the story, they were in the story. Even people like his brother and uncle who were in the story quite a bit, they weren't there all the time. They can't necessarily speak to his time spent in Italy or Iceland.

That's the good thing about it being a long-term project. I did 11 trips to South Africa, seven of which were with the film crew. We were constantly acquiring more people and getting more people on board. We did two trips to America, two trips to Iceland, three trips to Italy. Germany, Switzerland, we went all over the world for it and pretty much got everyone we needed.

Much of this series is also bolstered by some really amazing archived footage. In combing through that, did you learn anything interesting or detect themes in how the media talks about disabled athletes?

There were two things, one of them didn't actually make it into the final cut, but it's just one more layer. In terms of attitude towards Oscar, there was the controversy over him using his blades and whether he had an unfair advantage or not. We did a huge — initially an hour and a half or so — section on just the pure science and what the blades were doing. In editing, it didn't really fit and it kept getting in the way of the [series] progressing, but that was really interesting to see.

In terms of the archive, there was that very first press conference by the police and they allude to this history of domestic violence, but they actually describe it as an "incident of a domestic nature." It's the press who use the phase "domestic violence." Then the press reports it as domestic violence and it just goes worldwide immediately. That sets the scene and that's how we all come to that story, kind of like, "This athlete I loved is apparently a serial abuser." And you're like, that's not what she actually said, but it's very hard once that narrative is out to roll that back.

Did the pandemic affect the release of the series at all? Did you consider holding it to pair with the Olympics, which will hopefully be held next year?

The intended time of the release was a month or so ago for the Telluride Film Festival, but that didn't happen because it was canceled. But yeah, I mean, we were on the last plane out of South Africa doing our final filming and interview the day before they locked down the country for direct flights to and from the U.K. We were going anyway, but it turned out to be the last flight and it was chaos.

From a personal perspective, you know, the project would have ground to a halt if it had been March 2019, not 2020. Because we'd literally done the last bit of filming. So all we had to do was editing which can be done during this time, whereas if we were waiting on more filming, that would have been more problematic.

"30 for 30: The Life and Trials of Oscar Pistorius" premieres Sunday, Sept. 27 at 9 p.m. on ESPN. All four parts are available to stream on ESPN+ that day.