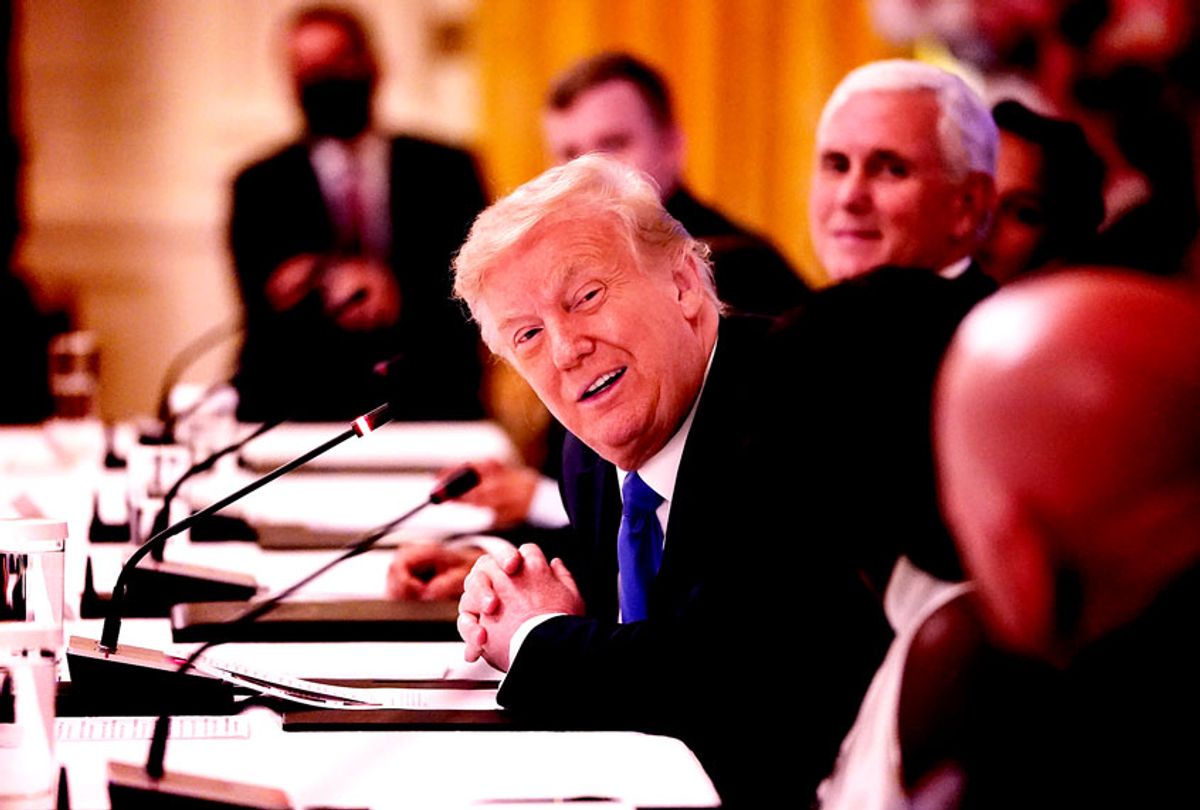 U.S. President Donald Trump speaks during an event with citizens positively impacted by law enforcement, in the East Room of the White House on July 13, 2020 in Washington, DC. The president highlighted life-saving actions by law enforcement officers and cited these examples as a potential negative effect that defunding the police would have on the lives of Americans. (Drew Angerer/Getty Images)
--

Consumer advocacy group Public Citizen on Thursday accused President Donald Trump of a "transparent and pathetic attempt to bribe" seniors for their votes after Trump vowed to send $200 prescription drug discount cards to more than 30 million Medicare recipients just weeks ahead of the November election.

Robert Weissman, president of Public Citizen, called Trump's highly dubious promise "bizarre" and said that "seniors and all Americans don't need Trump cards, they need real solutions to rip-off drug prices," which have continued to soar during Trump's presidency despite his repeated vows to lower them.

"The solution to outlandishly high pharmaceutical prices is not to give people money to offset extortionate drug prices; the solution is to end price gouging altogether," Weissman said in a statement.

During a speech on healthcare in Charlotte, North Carolina on Thursday, Trump claimed that "the cards will be mailed out in coming weeks" and declared he "will always take care of our wonderful senior citizens."

"Nobody's seen this before, these cards are incredible," the president said. "Joe Biden won't be doing this."

The New York Times reported last week that in private negotiations with the pharmaceutical industry, the Trump administration demanded that companies "pay for $100 cash cards that would be mailed to seniors before November."

"Some of the drugmakers bridled at being party to what they feared would be seen as an 11th-hour political boost for Mr. Trump," the Times reported, noting that the demand was the "breaking point" in the now-collapsed talks.

A White House spokesperson told STAT on Thursday that the $7 billion in funding for the discount cards would come from savings produced by Trump's so-called "most favored nations" drug pricing proposal, which has not yet been implemented.

"The Trump administration is effectively pledging to spend $6.6 billion in savings that do not currently exist," STAT reported.