It's debate night: But beware of terrible media coverage

Anyone who chooses to focus on gaffes, zingers and optics is doing a disservice to this campaign — and the country 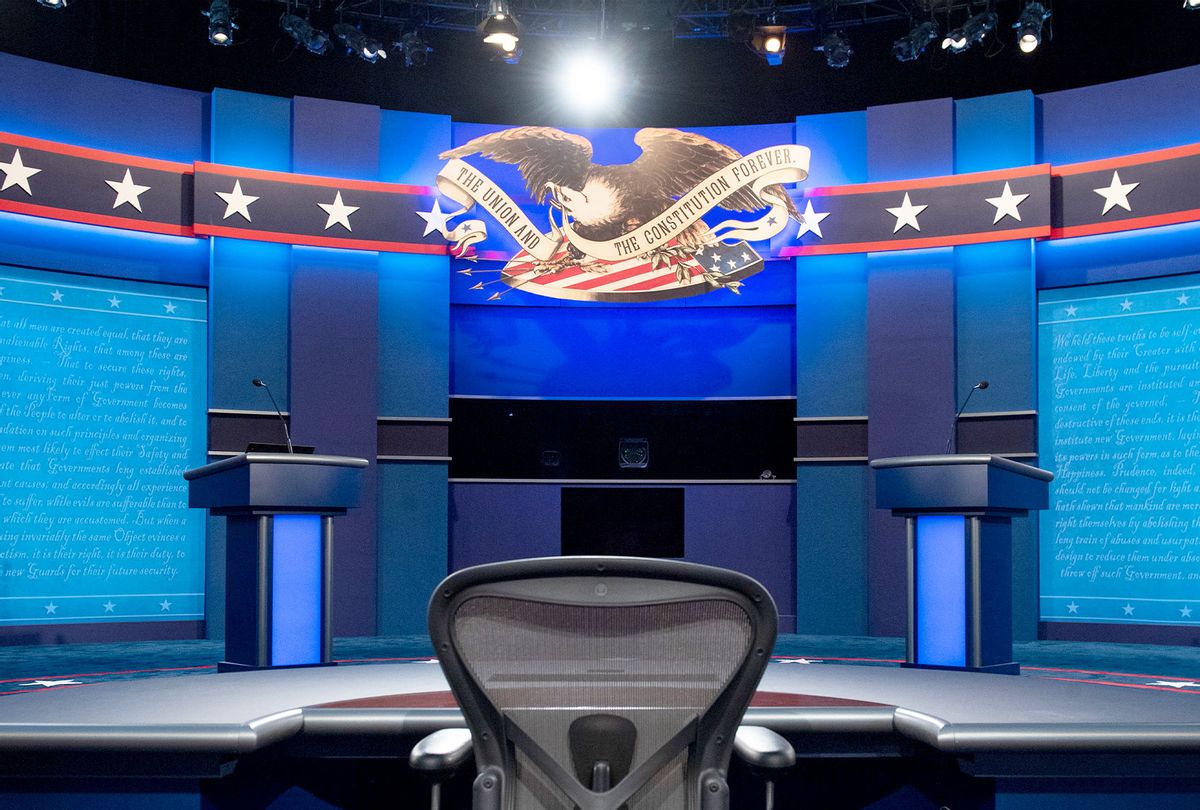 The stage of the first US Presidential debate is seen at Case Western Reserve University and the Cleveland Clinic in Cleveland, Ohio on September 28, 2020. - Tuesday's clash in Cleveland, Ohio, the first of three 90-minute debates, represents the first time voters will have the chance to see the candidates facing off against one another directly. (SAUL LOEB/AFP via Getty Images)
--

The basic problem with political debate coverage is that it plays to all the worst instincts of elite political reporters, most notably their tendency to treat the presidential election as if it were a sporting event like a horserace or a boxing match.

As I wrote in my essay explaining the excess of horserace coverage, that's because "Who's winning?" and "How are the optics?" are vastly easier and less controversial questions for most political journalists to raise — and to answer — than "Who's right?" and "Is that a good idea?"

But sports-style coverage has never been more inappropriate than it is today, because it also fundamentally equates the two candidates. It suggests that they are playing the same game, when they are playing entirely different games. It casts them as competing on an even playing field, when they are not playing by remotely the same rules.

First and foremost, of course, Donald Trump notoriously doesn't care about facts. Debate rules should require truth-telling, and include methods for the moderators to call out outrageous violations and exact some sort of penalty. But real-time fact-checking has actually been ruled out by the debate organizers (to their shame).

The story of this race is not: Joe Biden and Donald Trump are both running for president, you pick. It's: America is on a precipice. As I wrote in my inaugural Press Watch column, 11 months ago — before impeachment! Before the pandemic! — re-electing Trump would be an act of collective national insanity.

Of course we need to have debates, and journalists need to cover them. But that coverage will almost inevitably focus on zingers and optics rather than on the vast imbalance between the two candidates and the vast difference in what this country will be like four years from now depending on who wins.

Even before the debate, Trump was already making outrageous insinuations about Biden  — projecting, if past is prologue — and the New York Times has simply presented that as a sign of the "absence of guardrails."

And don't look to journalistic fact-checking as is currently practiced to solve anything. While I'll eagerly watch what looks to be an aggressive fact-checking initiative from CNN, I don't think fact-checking should be independent of the main coverage.

As it happens, the worst sports analogy I've seen lately actually came in Washington Post fact-checker Glenn Kessler's debate preview on Tuesday morning, in which he wrote  that "Biden is in the middleweight or welterweight class. Trump, however, is the heavyweight champion of falsehoods."

The framing was clear: They are both engaging in the same sport — when any thinking journalist knows they are not.