Why the Midwest can't contain the coronavirus

We know how to stop the coronavirus' spread. But culture and politics are getting in the way in the heartland 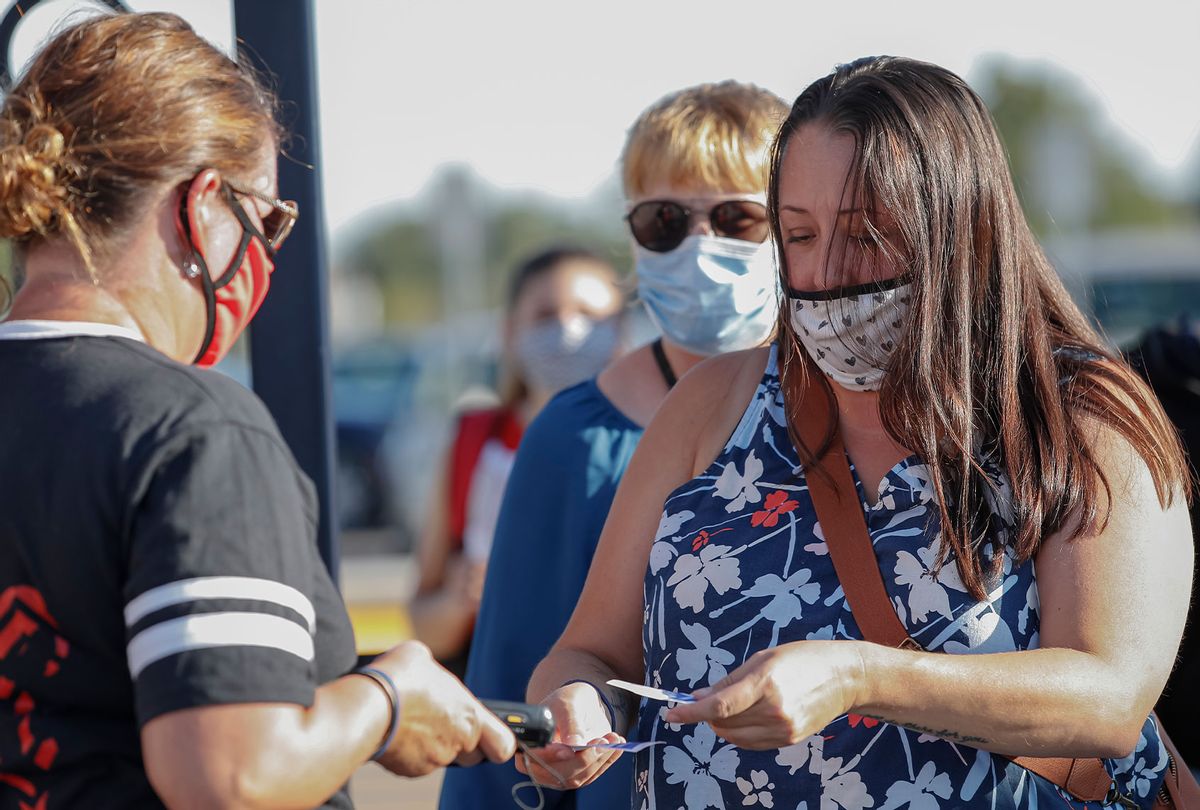 As a Californian with family in the Midwest, my Instagram feed has become a slideshow of two jarringly different pandemic experiences. I see acquaintances in Kansas having large parties, no masks in sight, literally popping bottles of champagne indoors. An old friend having a big wedding in Wisconsin, and a gender reveal party in Illinois, too, were both mask-free affairs. This observation of the digital world transcends into the real one: a close friend who just returned from Iowa said it looked like the pandemic "never happened."

The culture around the pandemic in the San Francisco Bay Area, where I live, is much different. In many ways, life still feels like it did in March, when the region first descended into a shelter-in-place status. I don't know anyone here in California who's hosted or attended a gathering with more than 10 people without observing the recommended mitigation strategies like wearing a mask, being outside and social distancing. Salons, gyms and hotels are just starting to open. Indeed, the difference between the Midwest and California is a bit confusing, particularly as cases rise in the Midwest.

According to the Covid Tracking Project, the Midwest is currently experiencing a coronavirus surge. And while there's a mix of reasons behind this new surge— including the (possibly premature) reopening of some cities, universities and schools, and big gatherings like the the Sturgis motorcycle rally— there is a strong link between the low likelihood of public mask-wearing and the places where cases are rising, as The New York Times has reported. Indeed, the Midwest seems to struggle uniquely with mask-wearing, as the Times county-level data reveals.

Given what we know about the success of mitigation strategies like donning a mask, it may seem peculiar for states like Iowa to suddenly surge in cases. That suggests that the midwestern surge originates not because of lack of public health knowledge, but because of cultural reasons, or because of the politicized nature of masks, or both — something that is borne out by locals' observations.

Take Polk County, Iowa, for example. Over the summer, the state of Iowa emerged as a coronavirus hotspot. Nola Aigner Davis, Public Health Communications Officer of the Polk County Health Department in Iowa, told Salon Polk County remains one of the top 10 hotspots in the United States. Davis emphasized that it's been difficult to get the coronavirus under control in part due to the lack of people wearing masks and social distancing.

"There are people who are still skeptical about this disease and [how] dangerous and deadly it can be. . . . or it's just people who this isn't something they're accustomed to, like wearing a mask or social distancing," Davis said. "Well, we see every day that people are hospitalized and people are dying from this disease."

Davis said she's concerned about her constituent having "COVID-19 fatigue," a neologism that describes the condition in which the constant stress of the pandemic eventually leads to complacency, and the inability to make good decisions. Davis said COVID-19 fatigue reveals itself when, for instance, people who are awaiting coronavirus test results don't stay home until they've discovered whether or not their are positive.

"This is something that no one thought would last this long," Davis added. "We would not be wearing masks this long, we would not be social distancing this long; I think when you develop a new way of life that people are not accustomed to, and you want your old life back, it's just very tiresome."

Brady Kirkpatrick, who lives in Omaha, Nebraska, said the state has been "mostly lax" about the pandemic since the beginning. In Omaha, where coronavirus cases were rising in the summer, the city council passed a mask mandate. However, Kirkpatrick said that in his experience, "most businesses only require you to wear your mask upon entry."

"At the gym, about half the members wear masks while working out," Kirkpatrick said. "It seems that most people aren't very concerned about it since the cases here are fairly low, and the city is pretty spaced out."

Omaha is seeing lower cases after the mask mandate, even if not everyone is taking it seriously as Kirkpatrick says. However, according to AP News, the state's seven-day rolling average for positivity rate is rising.

"Overall, many people here are sick of COVID and the rules that have been enforced," Kirkpatrick said.

The state of Wisconsin is currently in a state of emergency, as hospitals in the northeast part of the state are near capacity and local resources remain strained. In Dane County, where the University of Wisconsin–Madison (UW) is located, the county experienced its first significant surge in September since the pandemic began, according to Dane County Executive Joe Parisi, which it's still battling. The University started in-person classes, but paused them one week later because of a coronavirus outbreak. However, the county's health officials say in-person classes weren't the only reason behind the surge.

"The number of cases associated with UW is a concern, but plenty of virus is spreading elsewhere in the community too," Janel Heinrich, Director of Public Health Madison & Dane County, said in a statement.

In Louisville, Kentucky, Lori Cheek told Salon over email that it's hard to "comprehend" how "most of the people are dealing with this pandemic at this point." Wearing a mask is not the norm where she lives, Cheek says.

"I'm scared to go inside the public areas in my own apartment building," Cheek said. "I only take the elevator to and from my 6th floor apartment when I'm taking my bike in and out of the building, and every time the door opens, there's someone trying to get in the elevator with me without a mask."

According to a Gallup poll published in mid-July, forty-four percent of U.S. adults say they "always" wear a mask when outside their homes, and 28 percent say they do so "very often." Interestingly, a majority of those who wear masks are either women or Democrats. The poll found that 61 percent of Democrats polled said they always wear a mask. Among Republicans, a majority of them said they wear masks infrequently. A Pew Research Center study found a similar partisan divide.

Both the Centers for Disease Control and Prevention (CDC) and the World Health Organization (WHO) recommend cloth masks for the general public. Health experts strongly agree that the evidence is clear that masks can help prevent the spread of COVID-19.

Yet the act of wearing a mask has become politicized in part due to President Trump's rhetoric and resistance around it. In Wisconsin, where there's currently a statewide mask mandate, a conservative law firm is asking a state court to block the enforcement—despite the state's health department's recommendations to wear them and avoid large gatherings.

"It is a proven method to prevent the spread of COVID-19," Jennifer Miller, a spokesperson at the Wisconsin Department of Health Services, told Salon in an email. "That said, masks and/or face coverings do not take the place of social and physical distancing, so we also encourage people to stay home as much as possible, maintain at least six feet of separation between themselves and others when they must go out, avoid large gatherings, and follow simple health hygiene habits like washing their hands frequently and thoroughly and covering coughs and sneezes."

According to the World Health Organization, there have been 33,249,563 confirmed cases of COVID-19 around the world and over one million deaths. The United States accounts for more than 20 percent of the global death toll. Indeed, many are wondering how the United States will ever overcome this pandemic, especially as states in the Midwest enter the autumn and winter seasons.

"If we don't practice these mitigation strategies, we're never going to see this virus go away," Davis from the Polk County Health Department in Iowa said.