Not wearing a mask continues to be a badge of honor for many Republicans despite more than 200,000 deaths in the US 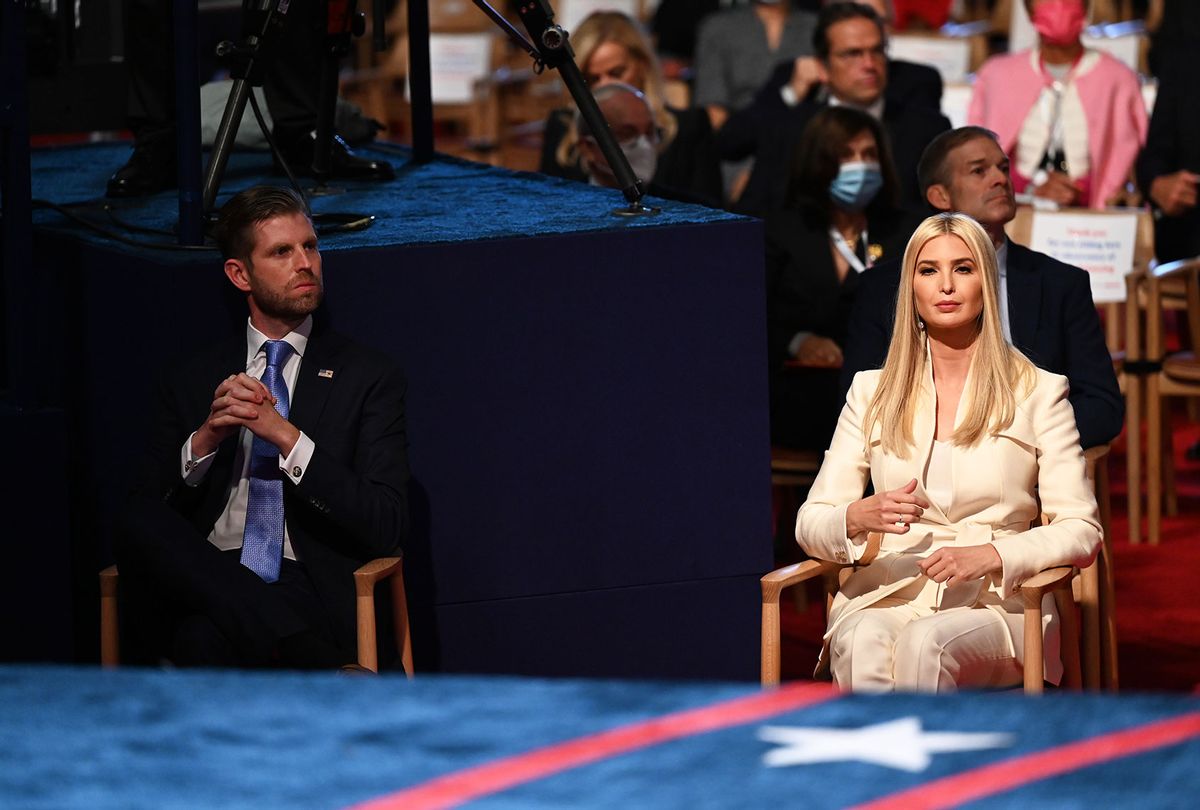 Although the coronavirus pandemic has killed more than 1 million people worldwide and over 206,000 in the United States — according to researchers at Johns Hopkins University in Baltimore — not wearing a protective face mask continues to be a badge of honor for President Donald Trump and many other Republicans. Trump, in fact, criticized former Vice President Joe Biden during the presidential debate on Tuesday night, September 29 for wearing a mask too often. And according to Business Insider reporter Sinéad Baker, masks were few and far between among members of Trump's family during the debate.

"Four of Trump's children — Ivanka, Donald Jr., Eric and Tiffany — sat in the front row and did not wear masks," Baker reports. "First lady Melania Trump was pictured wearing one while sitting with them. But Tyler Pager, a Bloomberg News political reporter at the event, said she removed her mask after she sat down."

According to Baker, Trump's family members were in violation of the debate's social distancing guidelines by not wearing masks throughout the event. Ivanka Trump and Donald Trump, Jr. were seen wearing masks while walking to their seats but removed them after sitting down.

"Guests were told to wear masks throughout the debate, held at Case Western Reserve University in Cleveland, Ohio," Baker explains. "NBC News reported that a Cleveland Clinic doctor tried to approach the Trump children to ask them to wear masks as they entered the venue, but that she ultimately couldn't get to them."

Baker also points out that at the debate, "The seats were set far apart to adhere to social distancing guidelines."

Unlike Melania Trump, Biden's wife, Jill Biden was seen wearing a mask when she greeted her husband on stage after the debate.

The coronavirus pandemic was a prominent topic during the debate, and Biden slammed the president repeatedly for publicly downplaying the severity of the crisis.