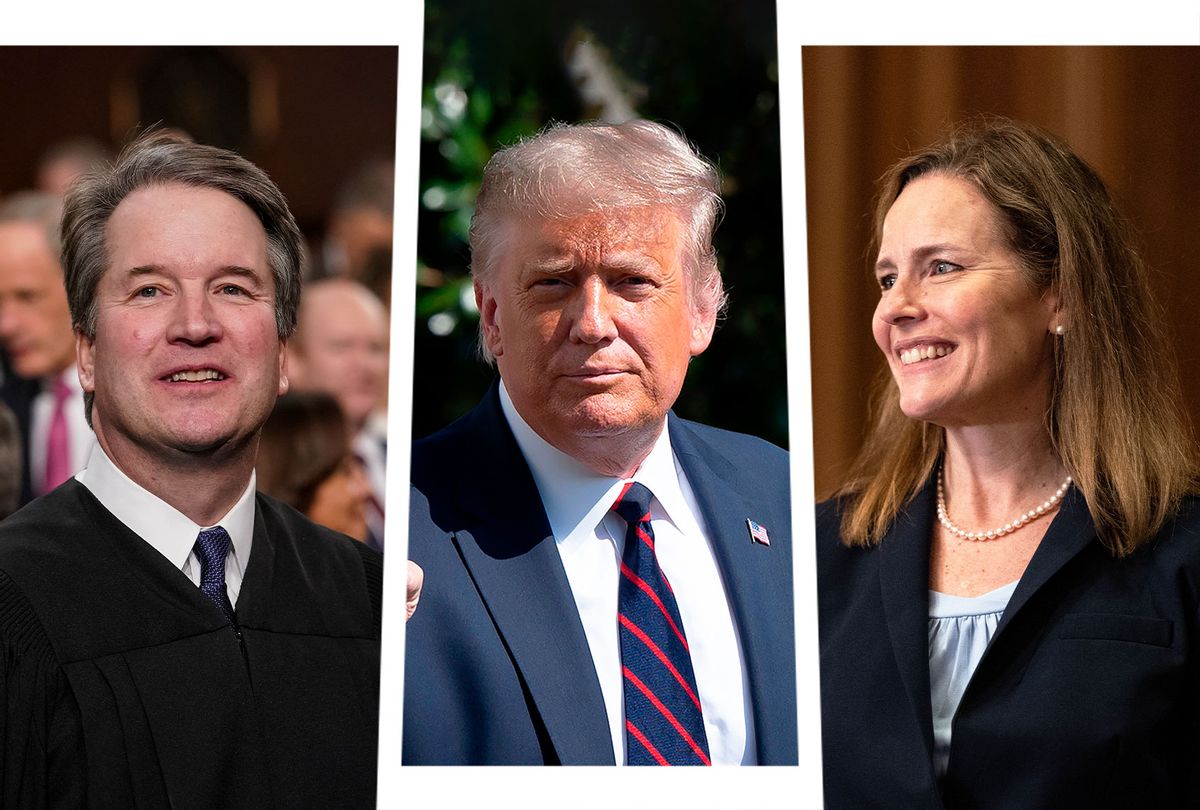 A secretive conservative group is bankrolling the confirmation battles for President Donald Trump's Supreme Court nominees, but it's not clear who funds that activity.

The right-wing Judicial Crisis Network has spent $27 million in dark money to block President Barack Obama's 2016 Supreme Court nominee, only to turn around and spend millions ushering Neil Gorsuch and Brett Kavanaugh through their confirmation process, reported The Daily Poster.

The shadowy organization, originally founded in 2004 to promote President George W. Bush's judicial nominees, received $15.9 million from a single donor between July 2018 and June 2019, when the group was promoting Kavanaugh's controversial nomination.

The group plans to spend $3 million on ads promoting Barrett, just as it spent millions to build support for Kavanaugh and Gorsuch after helping to block Obama's nominee, Merrick Garland, from getting a Senate hearing.

The Koch Network's Americans for Prosperity and the U.S. Chamber of Commerce are also pushing Barrett's speedy confirmation by the Republican-led Senate.

JCN is effectively controlled by Trump judicial adviser Leonard Leo, a longtime executive at the Federalist Society, but its sources of funding are a complete mystery.

Their sources don't show up Center for Political Accountability database, and they don't appear to be listed in an Internal Revenue Service database.

The dark-money Wellspring Committee had plowed money into JCN for years before shutting down two years ago, but it took in tens of millions of dollars from a single donor in 2016 that almost all was passed on to the right-wing activist group.