From the Beatles influence to personal strife, revisiting Tears for Fears' complex "Seeds of Love"

The English band expands its formidable legacy with a deluxe reissue of their most brilliant, intricate album 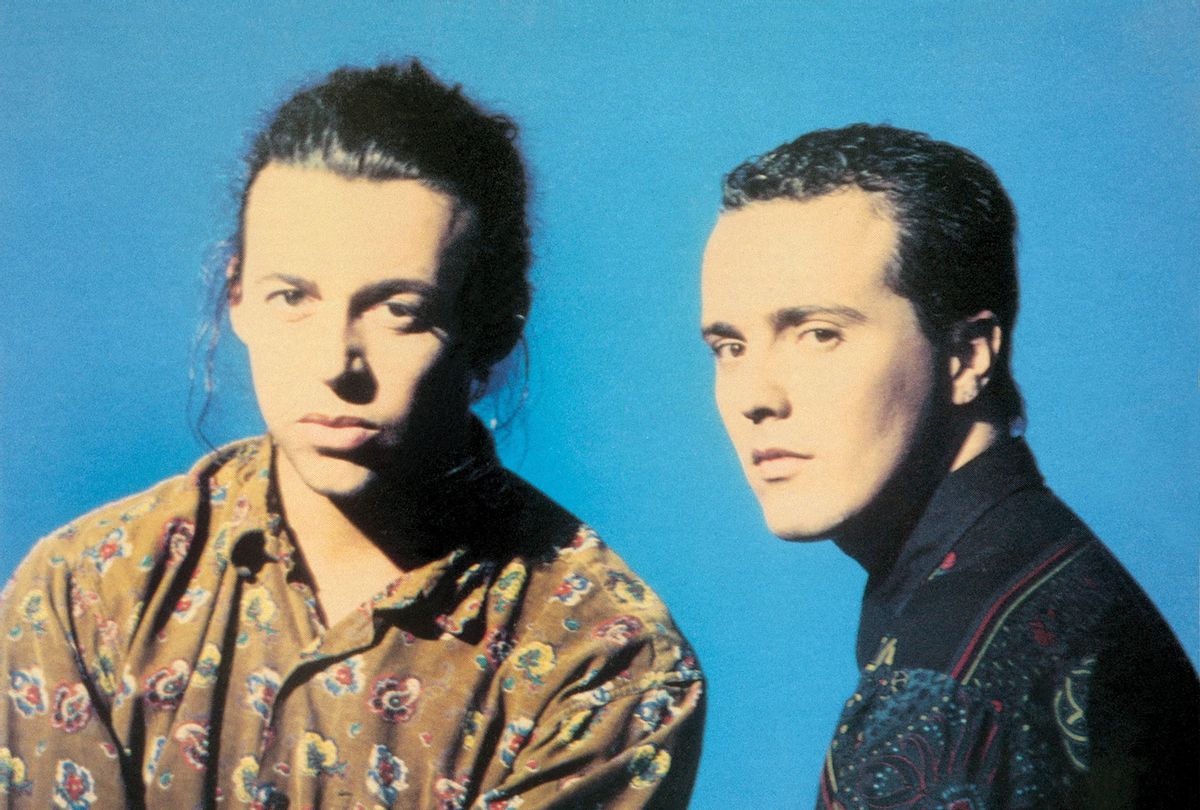 Tears for Fears is one of the most fascinating bands to have emerged from England during the 1980s. Co-founders Roland Orzabal and Curt Smith have always focused on quality over quantity — the band's total output is six studio albums across nearly 40 years — and resist easy sonic pigeonholing.

On their 1983 debut, "The Hurting," Tears for Fears were moody synth-pop sculptors crafting claustrophobic and anxious songs such as "Mad World." Two years later, the band became global superstars upon the release of the dense and emotionally probing "Songs From the Big Chair," which featured subtle social commentary (the industrial-prog smash "Shout," tranquil "Everybody Wants to Rule the World"), and one of their best songs: "Head Over Heels," a yearning single propelled by glistening, cascading piano.

Tears for Fears' eight-track 1989 album "The Seeds of Love," meanwhile, was even denser: Only two songs are under five minutes, and the other songs sprawled, with arrangements that hopscotch between jazz, soul, psychedelia, and artsy rock. If anything, surveying the band's '80s catalog now feels like viewing a slowly unfolding sunrise — the music is dusky at first, and then gradually brightens into a cosmic sky full of brilliant hues.

A forthcoming deluxe, remastered reissue of "The Seeds of Love" (out Oct. 9) complicates Tears for Fears' legacy — in all the best ways. Across 50 tracks encompassing b-sides, alternate mixes, and studio demos, the album's sonic intricacies come to life. (The reissue is also available in a double-CD format and on LP.) "It was a very different sound for Tears for Fears, that was the most important thing," Orzabal says in the liner notes to the reissue. "It was crucial that we didn't come back with the typical '80s pop. At the time, Radio One was changing, it was the Stock Aitken Waterman years. I was getting older and I'd stopped listening to Radio One."

The spark for the album's genesis was Oleta Adams — and, specifically, a powerful 1985 set of hers that Orzabal caught in a Kansas City hotel bar. "It wasn't like a normal bar, there were families there, people in suits," he told Q in 1989. "You didn't feel you could talk, you had to listen. And it was incredible. I was in tears. Phenomenal atmosphere. And I thought, "I'm doing something wrong. I've got to get back to basics.'"

Two years later, he ended up calling Adams and asking her to collaborate on the album. She ended up contributing to several songs, with the highlight being her empathetic, velvety lead vocal lines on the gorgeous midtempo ballad "Woman in Chains." Orzabal wrote the anguished song about his parents' tumultuous relationship, and how it's a microcosm of patriarchal society. His meditation is incisive: Oceanic keyboards, flute-esque sonic flourishes and mid-song drumming parts from Phil Collins exude equal parts frustration and resignation. (Collins later said they "spent a long time trying to get [his drum part]" right; in fact, the band wanted him to do an "In the Air Tonight"-esque drum fill instead.)

"It was a very personal song Roland had written, inspired by the memory of his mother and things that she had gone through," Adams says in the deluxe reissue's liner notes. "Not only that, but women in general who are mistreated and held back by male figures and a very strong personality. I guess it could have been therapeutic for him. As we say over here 'he put his foot in it' — a lot of heart and soul in that music."

"The Seeds of Love" overall is very personal, in no small part because Orzabal had been going to therapy, and his emotions were on the surface. Several songs reference the personal and emotional ramifications of political strife, while "Famous Last Words" uses apocalyptic imagery as a backdrop for praising the importance of personal connection. "Badman's Song," meanwhile, finds Orzabal grappling with internalized self-doubt; the lyrics were inspired by a true story of him overhearing people talking bad about him on an early Tears for Fears tour.

The reissue contains multiple versions of the latter song, offering a fascinating glimpse into the band's creative process. Take "Badman's Song," which clocks in at eight-and-a-half minutes. Co-written with keyboardist Nicky Holland — whose songwriting imprint is all over the record — the tune starts with frantic, jazzy piano before evolving into a bluesy jam with scorched guitars, lush organ and Adams' gospel-tinged vocals.

An excellent instrumental take culled from earlier, discarded sessions with producers Clive Langer and Alan Winstanley places surging bass parts, synthesized horns, bustling drums and melancholy piano higher in the mix; it's akin to a tranquil, sculpted electronic music composition. And still another version recorded during an epic jam session at London's Townhouse studio is a funky, exaggerated take that collapses into a shambling goof on the Kinks' "All Day and All of the Night."

The latter moment in particular offers levity that's not often associated with Tears for Fears, especially in the studio. For years, narratives surrounding "The Seeds of Love" focused on the album's lengthy gestation — it came together over the course of several years and with several producers — and Beatles influence. Echoes of the Fab Four are certainly there, most obviously on "Sowing the Seeds of Love," which peaked at No. 2 on the U.S. pop charts. The six-minute song has stacked harmonies, a blooming psychedelic edge, and an irreverent melodic edge.

But "The Seeds of Love" wears its Beatles influence like a pastiche; the song is more what the Beatles might have sounded like had they stayed together and started absorbing influence from prog rock and dapper art rock. The rest of the album is just as expansive and full of delightful contrasts: The sophisto-pop gem "Advice for the Young at Heart" is a good riposte for anyone surprised Tears for Fears toured with Hall & Oates in recent years, while gnarled, roaring guitars soar and dive through "Swords & Knives."

When all is said and done, "The Seeds of Love" reissue makes a good case that Tears for Fears deserve to be mentioned in the same breath as Talk Talk. The latter U.K. band also started out as a brooding synth-pop act —"It's My Life" and "Talk Talk" are new wave classics — but, over time, embraced nuanced, challenging music. Today, Talk Talk's final two albums, 1988's "Spirit of Eden" and 1991's "Laughing Stock," are considered avant masterpieces. Tears For Fears' commercial success can sometimes overshadow the complex nature of the band's work — but the act's prog-meets-pop tendencies still feel like a meticulous revelation.

"The Seeds of Love" reissue will be available for purchase on Oct. 9 and for pre-order.

Commentary Music Tears For Fears The Seeds Of Love