"This was premeditated": Netflix's "American Murder" shows toxic masculinity at its deadliest

In Jenny Popplewell's disturbing new doc, a man kills his wife and kids, and then the victim-blaming begins . . . 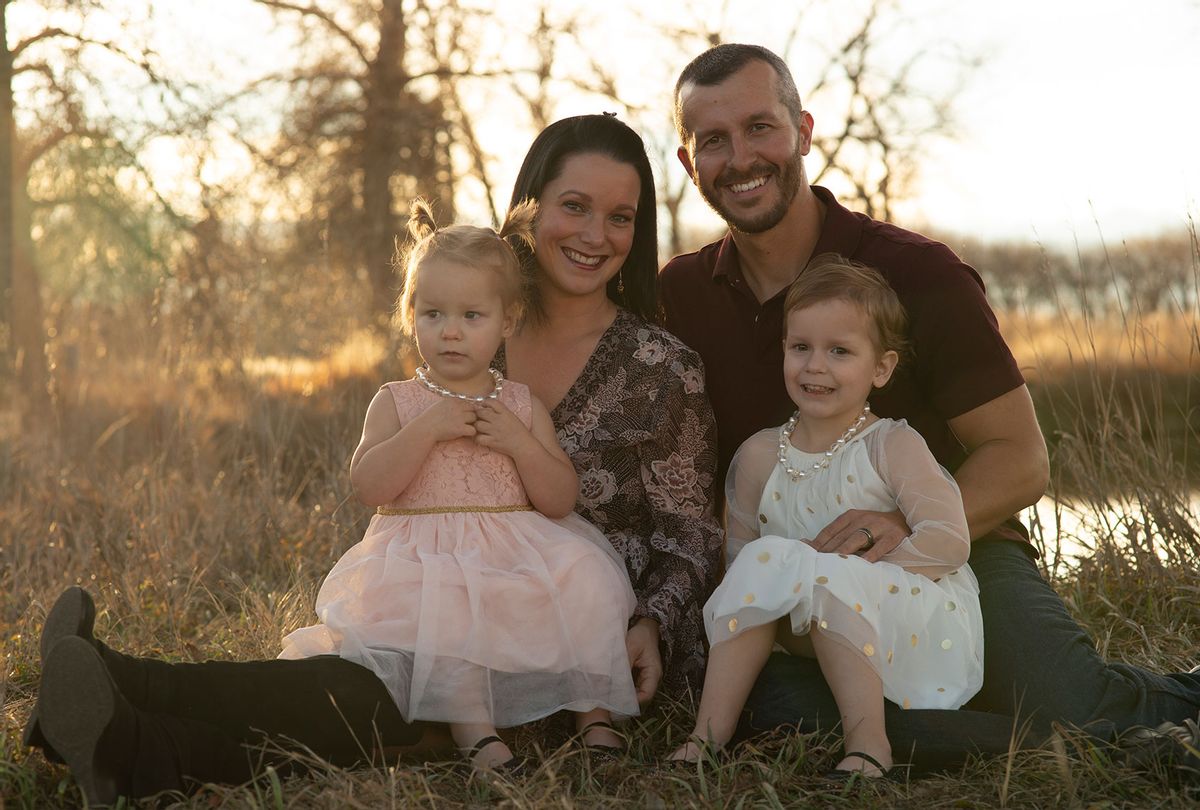 The Watts family in American Murder: The Family Next Door (Netflix/Shanann Watts)
--

On Aug. 15, 2018, Chris Watts was arrested and subsequently confessed to killing his pregnant wife, Shanann, and their two daughters, Cece and Bella. The story became an immediate media sensation. Watts had spent the five weeks prior appearing on local television stations in Frederick, Colo., tearfully requesting the return of his family.

"Shanann, Bella, Celeste, if you're out there, just come back," Mr. Watts said on Aug. 14 in an interview with Denver7. "If somebody has her, just bring her back. I need to see everybody."

The details of the crime are sickening, but perhaps more so was the public response to the case. People flocked to Shanann's Facebook page and proceeded to dissect the reasons Chris could have been driven to kill her — her costly fertility treatments, the copious amounts of personal videos online, her involvement in the multilevel marketing company Lev-el, which sold caffeine patches and supplements marketed as weight loss aids.

The narrative quickly turned from "How could he do this?" to "What did she do to make him do this?" But filmmaker Jenny Popplewell wants to flip the narrative yet again. In her new Netflix documentary "American Murder: The Family Next Door," Popplewell uses both archival footage and Shanann's personal videos to compile a portrait of a loving mother and wife — who was experiencing what she perceived to be typical relationship strains — and pushes against the idea that Chris "just snapped."

Popplewell spoke with Salon about what it was like editing the "Pandora's box" of footage, her views on the harassment Shanann's family has received, and the horrifying reality of "family annihilators."

When did you first become familiar with the story of Shanann Watts?

It was towards the end of 2018. It wasn't front page news here in the U.K. because, obviously, this happened in another country and we were in the depths of Brexit chats. But I first saw the story in the paper and I wasn't initially looking at it as a filmmaker. I was just shocked as a parent that this seemingly "normal" family could have this happen to them. I've followed the story to her Facebook page and that's where I kind of went down the rabbit hole.

To that end, the backbone of this documentary is archival footage. Some of it is expected — interrogation tape, body cam footage. But there was also this huge wealth of really personal footage from Shanann's social media and some of her text exchanges. When did you know that that existed and how did you procure some of it for the film?

I knew that a percentage of it existed. I'd seen the testimonials online where she had made these Facebook Live videos and described her life in a number of videos, talked about illness, talked about what a great dad Chris was, what a great husband, how much they love their children. There were a lot of happy family photos.

But it wasn't until I went to North Carolina and met with her family where they were kind enough to show me the contents of her phone and her laptop drives, which had even more photos and videos. They also gave me her wedding video. So when I came back to the U.K. with this content, it was a "Pandora's box." Who knew what was in there? But it was just thousands and thousands and thousands of happy memories. So relatable. All the weekends revolved around the children; they did everything together.

[The videos] also caught private home videos during the last five weeks while she's in North Carolina with the children, and while Chris is having an affair in Colorado. So, it was really all covered in the hard drive.

There's an interesting point made in the documentary about how, after Shanann's disappearance and death, people harassed her family. Did that impact your editing decisions at all knowing that was in the background?

I was really keen on that. You know, Netflix is a worldwide service, and I didn't want to bring a whole new audience to her Facebook [which is still active] for them to fall down the same trap of victim-shaming. So instead, I needed to address it. . . .  People will look at a victim and pick her apart to see if we can find something in her personality that drove somebody to kill her.

That's only something ever levied against female victims. With Chris, you'll find so much reporting on his good qualities. Then with Shanann, you will find ways to pick her apart. And I think it's really important that we address that in the film — highlight that — because that's not the place we want the audience to go. I want them to remember that she was a woman who loved her children, and not to pick her apart and try to shame her for anything that she really doesn't deserve.

At the very end of the documentary, you include some statistics about domestic violence. Were you familiar with those statistics coming into the film, or is it something that you discovered in the midst of editing?

The "family annihilation" statistic I discovered during filmmaking because we wanted to look into Chris and find out how likely is what he did. Is this a completely unique occurrence? And domestic violence is actually increasing, especially with the lockdown.

Family annihilators are a certain type of killer. People report about what their wife was life — whether she was leaving him, whether she was having an affair, whether they were having financial issues. They are always looking for the trigger. Whereas, really, it's just about that man's image, his own personal self-image and how he deals with his own toxic masculinity and not what his partner does, because otherwise we are all in danger. These are everyday situations that people around the world deal with without resorting to murdering their family.

That was Chris, though he committed this in the early hours of Monday, but he's to type.

So, I watch and cover a lot of true crime stuff. I've seen things that are definitely gorier than "American Murder," or perhaps seem more dark on the surface, but this documentary affected me emotionally in a way I wasn't expecting. It was this visceral sickness that I think came from the dichotomy of Chris' disgusting crime and how "normal" his life seemed. How were you emotionally affected by putting this documentary together?

I mean, it's heartbreaking. I was heartbroken when I first read the story, then it only gets worse when you see even more photos and videos. That was every day for five months of my life, looking at Cece and Bella and this perfect, perfectly happy, relatable, normal American family. They're so very alive in all these videos. One day we're editing those, and the next day, you're listening over and over again to Chris' confession. So it was an emotional film to make and, as a mother myself, it's just inconceivable that this is what he chose to do.

He likes to say in his confession that he thinks he "snapped," but he's not a credible witness. He was shown to lie for five weeks, he lied long before [the Monday he killed Shanann and his daughters]. I don't believe his confession . . . I believe that this was premeditated, that he knew he was going to do this.

"American Murder: The Family Next Door" is now streaming on Netflix.