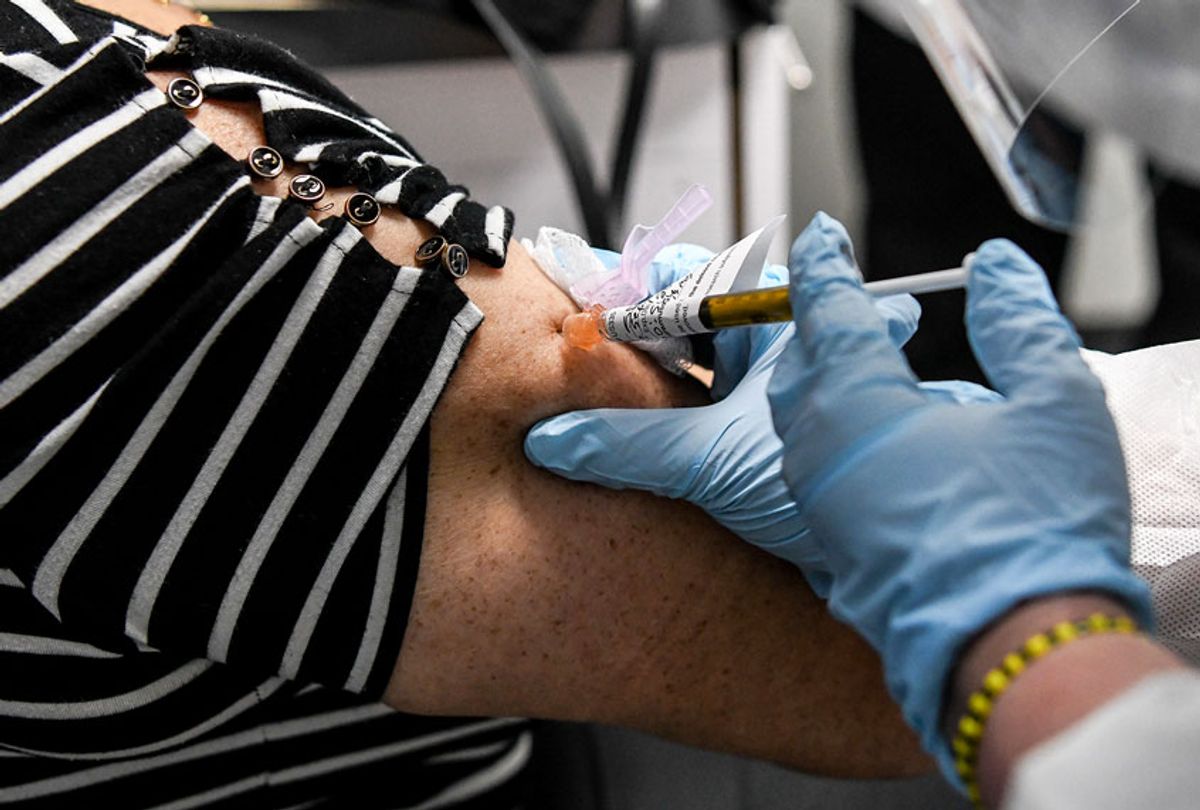 He was the cutest little boy. Like too many little children at the time and in the decades before, he was stricken by polio. He was three years old and I was eight. That was the first major shock of my life.

I remember hearing him cry through the window as I stood outside the hospital, waiting for my mother, who had gone to visit him. The anguish on her face was also not to be forgotten. I learned the big words "quarantine" and "isolation" (I thought my little brother had been put on ice).

My brother had the bad luck of being in the very last group of children to be stricken prior to the mass distribution of the Salk vaccine.

Now in his sixties, he wrote recently to ask what I remembered about the timing of the vaccinations, why he did not get one and when his other siblings got them.

So I checked my memory and did some research to offer some answers.

This task of the heart — all of his siblings have a special place in their hearts for him, not only because of his fulsome humor and uproarious laughter, but also because he had this tough start in life — taught me some things about those times in our early lives and made me think about current vaccination controversies.

As case numbers grew, parents grew more concerned and called for a vaccine.

My brother's initial question about why he had not been vaccinated as an infant was easily answered. In 1952, Dr. Jonas Salk and his colleagues at the University of Pittsburgh School of Medicine were only beginning initial trials of their killed-virus polio vaccine.

There are several uncomfortable moments for the contemporary reader in this history. One is that Dr. Salk and his team tried out the vaccine first on physically and intellectually disabled children.

Good thing that controls on clinical trials are so much tighter now. In 1953, however, Salk did publicly inject himself, his wife and children with the vaccine.

The March of Dimes

The National Foundation for Infantile Paralysis was a private effort founded by President Roosevelt in 1938 and later renamed "The March of Dimes." That label is emblazoned in the minds of all Americans who were children at the time.

On April 25, 1954, the Vaccine Advisory Committee approved a field test of the Salk vaccine. That field test started the next day, April 26, 1954, my brother's second birthday.

However, the time leading up to the decision to launch a field test and then to immunize the population is fraught with tales of scientific assertions, dissents and controversies that can all be subsumed under the rubric of "a calculated risk."

Suffice it to say that the contemporary reader has to admire the plain old everyday courage combined with deft scientific thinking exhibited by the many players in the design of the trials and in the decisions to carry out the vaccination program. Thomas Francis, Jr., MD, of the University of Michigan was a major leader.

Another admirable factor is the strong participation of state health departments in those halcyon days when public health was, well, healthy, respected and reasonably funded. That has not been the case in today's United States for some time.

More than 1.3 million children participated in the trial and it took a year to analyze the results, which Dr. Francis announced on April 12, 1955. There seems often to be same or next day happenings in this story: The United States government licensed the distribution of the vaccine on April 13, 1955.

My brother fell ill with polio that summer. The vaccinations had not reached South Carolina in time for him.

Progress was not easy, however. Merely weeks after the trial results had been made public, the so-called Cutter incident traumatized the country. Cutter Labs in California had produced batches of vaccine but had not heeded the instructions of Dr. Salk.

These faulty vaccines caused 11 deaths and paralysis among hundreds to thousands of people. The U.S. Surgeon General suspended use of the vaccine pending review.

Government/academia acting in the public interest

Again, researchers and public health officials investigated and addressed the problems. They required manufacturers to make changes to safely produce the vaccine. Vaccinations were resumed.

The worldwide effort to eliminate polio resulted in a 90% reduction of the disease by 2000. The battle toward complete elimination continues to this day.

This history is telling with regard to the vaccination battles raging among the Trump Administration, scientists and government regulators, as well as in the press and social media these days.

I have been struck by the lack of any level of scientific understanding by many people, including the well-educated. This is definitely not the time to say that everyone should be encouraged to "do their own thing."

Teaching the basics of epidemiology and public health in every country of the world is clearly in order.

There must be no rush

The history of the polio vaccine shows science and government working at deliberate, but not "warp," speed.

It is important to note, as responsible scientists and regulators in U.S., European and other institutions are insisting, that the production, clinical trials, data analysis and distribution of vaccines require time and expertise.

In the public interest (what a concept), calculated risk in the hands of expert decision-makers working cooperatively makes sense, but there must be no rush.

A southern boy in no rush

My brother had a relatively light case of polio, but some vestiges remained. Once he told me that one of his college professors joked about seeing him walking across campus, remarking that "Langston was loping along, like a southern boy in no rush."

I asked him if he had ever told the professor that he had had polio. He said, "No, I wouldn't want to embarrass him."