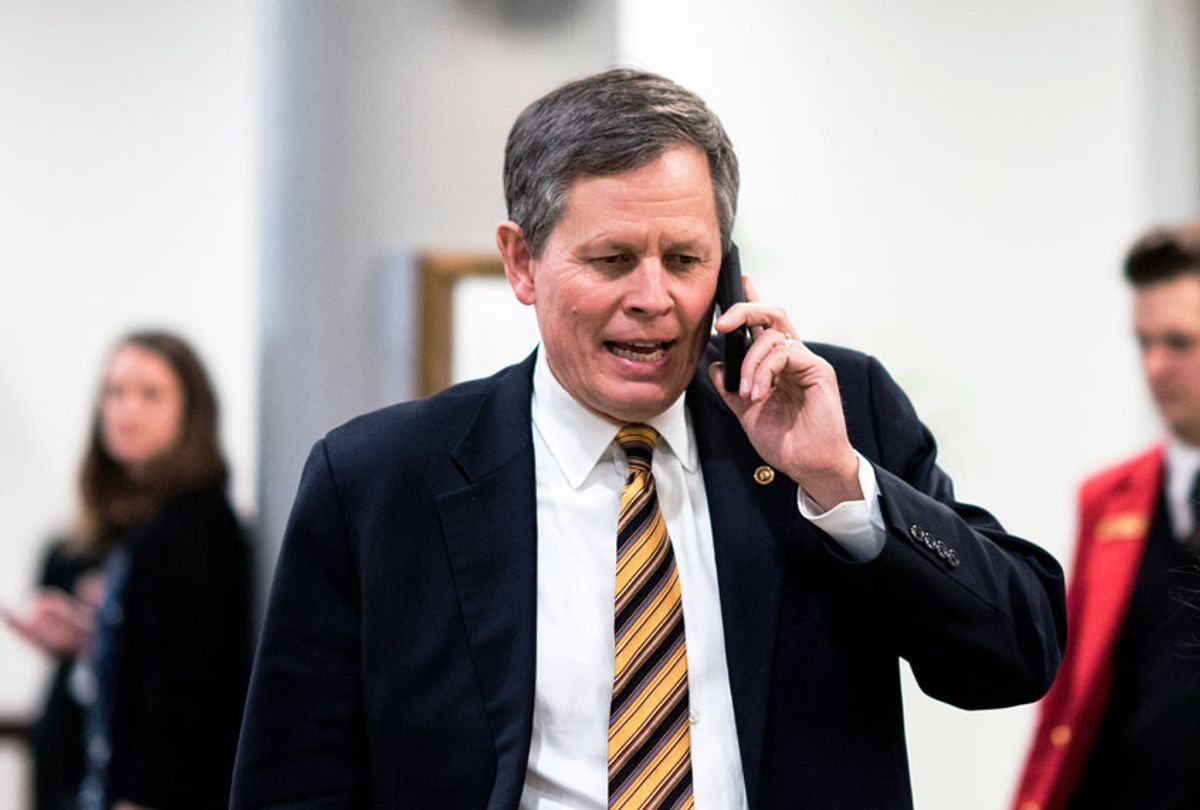 Republicans have attacked Montana Gov. Steve Bullock for encouraging Chinese investment in his state even though Sen. Steve Daines, a GOP incumbent, voted to reauthorize a visa program that had been criticized for "rampant" fraud.

The National Republican Senatorial Committee recently released an ad alleging that Bullock, who is challenging Daines in a neck-and-neck race that could decide control of the Senate, has a "dangerous relationship" with China because he urged investment in Montana under the EB-5 visa program, which provides visas to immigrants who invest at least $500,000 in the United States.

The video in the ad was first reported by National Review, which noted that Bullock has called for reforms to the program. The report also noted that the top beneficiary of the fraud-plagued program in Montana has been the Yellowstone Club, a resort in Big Sky, Montana, whose owner has donated to Bullock and where the governor has hosted fundraisers.

The article added that the top executive at CrossHarbor Capital Partners, which owns the club, also donated to Daines, who "has not co-sponsored legislation" that would implement reforms to the program. Investor Brian Su, who advocates for EB-5 visas, donated tens of thousands to Daines and other Republicans after Daines voted to extend the program without any reforms to address potential fraud.

Daines reportedly met with Su, a major Republican donor, at the Yellowstone Club at the invitation of CrossHarbor Capital Partners before voting for the extension. He received an influx of donations from the company's executives two days after the vote.

Daines, who has extensive ties to China, and then-Rep. Ryan Zinke, R-Mont., who later served as President Trump's Interior secretary, met with Su at the Yellowstone Club in 2016 to court Chinese investment in Montana. They promised to provide investors with maximum support and assistance, according to a translation of an article published in the Chinese media outlet Chuansongme.

Su is the founder of the Artisan Business Group, which helps Chinese investors establish relationships in the U.S., and is a "leading authority on EB-5 marketing and promotion." Su visited the Yellowstone Club at the invitation of CrossHarbor Capital Partners, according to Chuansongme.

Su donated $3,000 to Daines' Big Sky Committee around the time of the meeting, the only individual contribution on the committee's September 2016 Federal Election Commission report. Su has donated $6,500 to Daines' campaign, leadership PAC and super PAC since 2016. He has also donated $10,000 to the Montana Republican Party and more than $59,000 to the NRSC and Republican candidates and political committees.

Su did not respond to questions from Salon.

In September 2016, Daines voted in favor of a spending bill that included an extension of the EB-5 Regional Center Program without any reforms.

Daines voted for the bill despite bipartisan opposition from Sen. Pat Leahy, D-Vt., and Sen. Chuck Grassley, R-Iowa, who were opposed because the measure failed to implement necessary changes to a program described as "rampant" with fraud. The senators sent a letter to Senate leaders citing "fraud, securities violations, money laundering, investor exploitation and failed projects as evidence of the need for reforms."

Executives at CrossHarbor Capital Partners and their spouses donated nearly $19,000 to Daines on Sept. 30, two days after the bill passed. William Kremer, the company's co-founder and managing partner, donated $5,400 to Daines' campaign. Tracey Byrne, the wife of co-founder Sam Byrne, donated $5,400 as well. Matthew Kidd, the company's managing director, and his wife Sheena donated another $5,400 to Daines' campaign. Jay Hart, another managing partner, donated $2,500. The executives and spouses have donated a total of $32,000 to the Zinke Daines Victory Account. None of those people, it appears, had donated to Daines before he voted for the bill.

Daines' campaign did not respond to questions from Salon.

"Steve Daines has made pay-to-play his trademark in Congress. Instead of focusing on helping his constituents during a pandemic, Daines uses his office to reward his friends and wealthy donors," Zach Hudson, a spokesman for the Democratic PAC American Bridge, said in a statement to Salon. "Montana families are sick and tired of crooked politicians like Steve Daines doling out favors to the highest bidder."