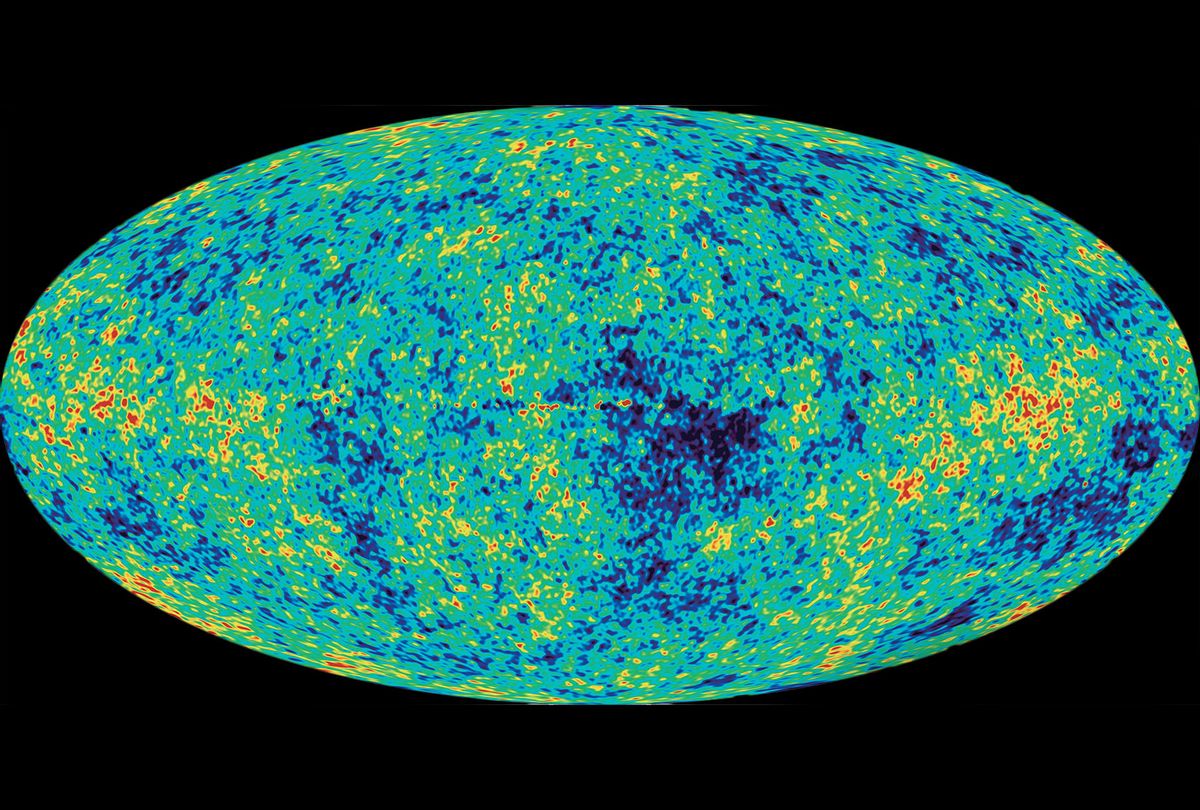 University of Oxford mathematical physicist Sir Roger Penrose won a Nobel Prize earlier this month for a lifetime of work studying black holes, singularities from which not even light can escape. Yet he is also behind a provocative and controversial theory about the formation of the universe — namely, that the Big Bang did not mark the beginning of the universe as we know it, but merely started the next iteration of our universe. In his theory, known as conformal cyclic cosmology, our current conception of the universe is merely one of a series of infinite universes that came before it and which will come after, too.

Cosmology, of course, is full of theories of assorted degrees of harebrainedness, and many of the most famous ones — such as string theory — lack any observational evidence. But Penrose's prediction is different, as there is some evidence in observations of the cosmic background radiation — meaning the average background temperature of the entire night sky, in which one can see remnant heat from the Big Bang and differentiate bright patches in the sky. As pictured in the featured photo on this story, some of those "bright spots" could be, as Penrose believes, radiation emanations from ancient black holes that predate this universe.

"The idea of Roger's 'conformal cyclic cosmology' [CCC], is based on three facts," Pawel Nurowski, a scientist at the Center for Theoretical Physics at the Polish Academy of Sciences, explained to Salon by email.

"The idea of Roger's 'conformal cyclic cosmology' [CCC], is based on three facts," Pawel Nurowski, a scientist at the Center for Theoretical Physics at the Polish Academy of Sciences, explained to Salon by email. Specifically, Nurowski says, in order for Penrose's theory to make sense, one would have to observe a universe that has a positive cosmological constant (meaning the mysterious, constant repulsive force that pushes everything in the universe which is not gravitationally bound away from everything else), as well as a universe that would look similar at its end as it did in its beginning. Observations of our universe suggest that it will end in a disordered, empty state, with all matter converted to stray photons that never interact with each other.

Nurowski concluded, "We believe that every possible universe will have all these three features," that "we have an infinite sequence of universes (eons)" and that "Penrose considers this sequence of conformally glued eons as the full physical Universe."

This brings us to the recent discovery that may support Penrose's CCC hypothesis. According to a paper co-authored by Penrose, Nurowski and two other scientists, unexpected hot spots that have been discovered in the cosmic microwave background of the universe suggest that there are "anomalous regions," perhaps enormous black holes left over from previous universes that have yet to decay. These regions are known as "Hawking Points," after Stephen Hawking, who first came up with the theory that black holes would very slowly decay over unimaginably long timescales, emitting what is called Hawking radiation in his honor. The discovery of these Hawking points suggests that Penrose's cosmological model is accurate.

"The existence of such anomalous regions, resulting from point-like sources at the conformally stretched-out big bang, is a predicted consequence of conformal cyclic cosmology (CCC)," the paper explains, adding that these so-called Hawking points would be caused by radiation emanating from "supermassive black holes in a cosmic aeon prior to our own."

It must be emphasized that Penrose's Nobel Prize was not awarded because of his theory of a conformal cyclical cosmology. Harvard astrophysicist Avi Loeb clarified in an email to Salon: "In 1939, Albert Einstein wrote a paper in Annals of Mathematics doubting that black holes exist in nature. Roger Penrose demonstrated that black holes are a robust prediction of Einstein's general theory of relativity and in doing so invented a new mathematical tool to depict spacetimes, called Penrose diagrams."

Loeb added, "He also showed that it is possible to extract energy from a spinning black hole as if it was a flywheel, through the so-called Penrose Process."

Loeb says that Penrose's belief that the hot spots prove that the black holes in question came from previous universes is controversial.

"The particular theory advocated by Penrose, Conformal Cyclic Cosmology, asserts that the Big Bang expansion repeats in succession of cycles of expansion, implying that one can see through our current Big Bang into past Big Bangs, giving rise to patterns in cosmic microwave background," Loeb explained. "Penrose made the controversial claim that such patterns are seen in data, but it was shown by others that the patterns he identified are not statistically significant.... and so his claim is controversial."

There are skeptics in the astrophysics community. Ethan Siegel, an astrophysicist who pens a science blog that is published in Forbes magazine, was very critical of Penrose's theory. Last week, he penned an article titled "No, Roger Penrose, We See No Evidence Of A 'Universe Before The Big Bang.'"

"The predictions that [Penrose] has made are refuted by the data, and his claims to see these effects are only reproducible if one analyzes the data in a scientifically unsound and illegitimate fashion," Dr. Siegel wrote. "Hundreds of scientists have pointed this out to Penrose — repeatedly and consistently over a period of more than 10 years — who continues to ignore the field and plow ahead with his contentions."

Nurowski and Loeb both pushed back against Siegel's claims.

"The person that wrote this article seems to never read our recent Monthly Notices paper," Nurowski wrote to Salon, linking to his and Penrose's article showing evidence for Hawking points. "[Siegel] also seems not to read our three other papers. He gives a quote of a picture from an old paper with Penrose and Gurzadyan. He has not a single argument against our newest MNRAS [Monthly Notices of the Royal Astronomical Society] paper.... I stress that the statistical analysis in our paper is at the highest astronomical standards."

He added, "I am happy to answer any critics, provided that I hear a single argument against this what we have written, and not the repetition of this what the standard cosmology says. Either we are talking about facts or beliefs. Our paper is about facts. But to talk about them, one has to read the paper first."

Loeb seemed to echo this view, despite his own skepticism about CCC.

"My problem with Penrose's theory is that it is not fully worked out and that there is no statistically irrefutable evidence to support the patterns that he claims to have identified in the cosmic microwave background, but we should remain open minded to new ideas on what preceded the Big Bang," Loeb explained. "This is the story of where we came from, our cosmic roots. The simple picture we have now is clearly incomplete and requires more scientific work. Not more bullying of any new idea."

Siegel, by contrast, told Salon in an email that "it's true: the team that Penrose has worked with on potential evidence for the CCC has changed and grown over the years, and there have been new studies that have appeared in 2013, 2018, and most recently, earlier in 2020. However, every new claim -- specifically, of evidence that appears in the Cosmic Microwave Background, either from WMAP or Planck -- has been hotly disputed by teams that are far more familiar with the CMB data than anyone associated with Penrose."

He cited a number of examples to support his assertion, adding that "although many teams stepped forward to refute Penrose's claims in 2010, the subsequent refinements have failed to address the core flaws exposed by the community. The later work has largely been taken down by the excellent but unheralded work of Douglas Scott (of UBC in Canada), most recently in a scathing 2019 analysis that was not even addressed in the latest (2020) Penrose paper."

Siegel concluded, "It is my professional opinion that if this idea did not have the famous name of Roger Penrose attached to it, it would simply be another run-of-the-mill fringe idea: creative, but lacking the necessary supporting evidence when a full analysis is correctly undertaken."