"We will coup whoever we want": the Tesla CEO's braggadocious imperialism comes back to mock him 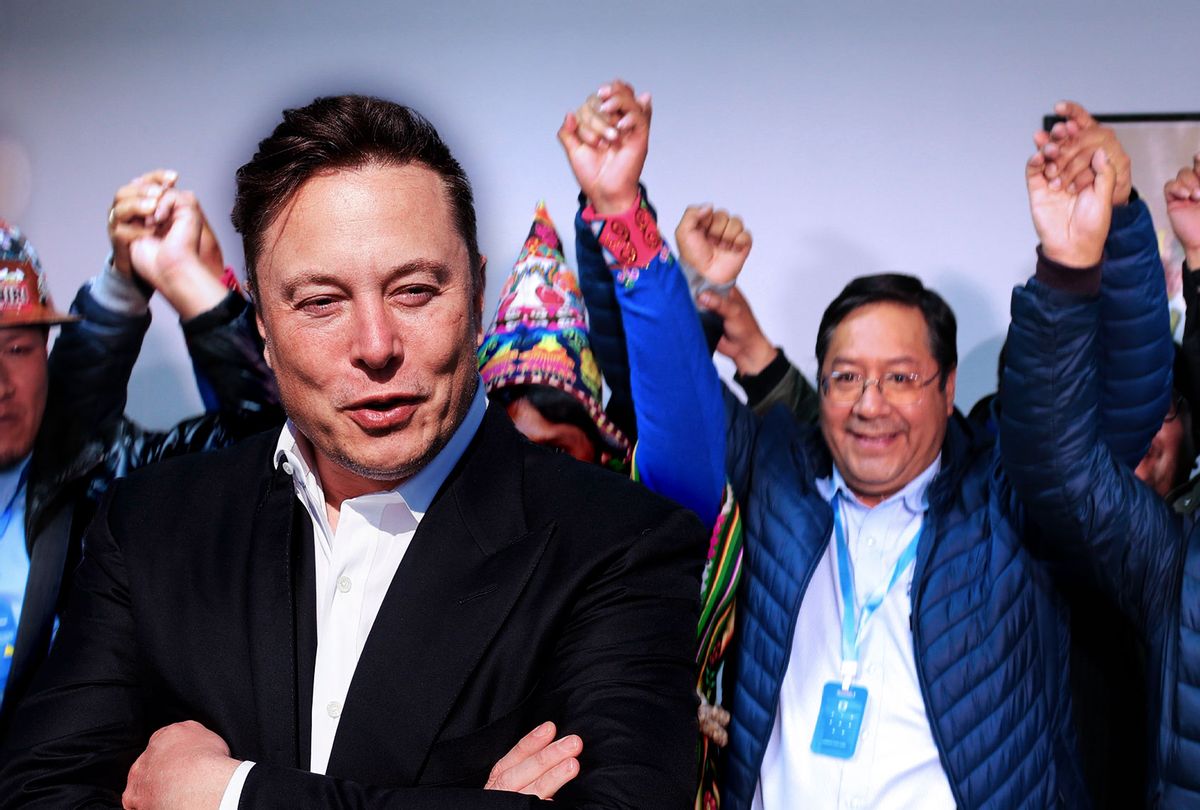 Tesla CEO Elon Musk became an internet punchline on Monday after the party of Evo Morales, a left-wing Bolivian president whom Musk intimated that America had every right to overthrow, was restored to power by the Bolivian people.

The redemption at the ballot box of Morales' party, Movement Toward Socialism, was seen as a rebuke of the role of American elites in helping to oust Morales last year. Why this political battle became a viral moment for media pundits to own the brash billionaire CEO, however, is a longer story.

Recall that then-President Evo Morales won the Bolivian election last year, facing off against far-right forces backed by the American government. In that election, however, US-backed watchdog groups intentionally cast doubt over his victory to try to instill uncertainty in the democratic process and undermine his party's claim to power, something that should seem familiar to Americans now that Trump is poised to do the same. The elite media consensus that the election was "rigged" was also aided by the propaganda campaign waged by a US Army veteran who created a vast botnet on Twitter that sent out huge numbers of tweets trying to push the narrative that Morales' opponent won fair and square.

This week, Morales watched as the Movement Toward Socialism party achieved almost certain victory in elections held on Sunday. Morales himself is not en route to be Bolivia's new leader — that distinction belongs to his former finance minister, Luis Arce, as Morales is in exile in Argentina. Morales himself claimed at the time that he was pushed out by forces which opposed him because of his Aymara background (he was Bolivia's first president to come from its indigenous community, which comprises nearly half of Bolivia's total population) and because of his attempts to nationalize Bolivia's lithium.

This is where Musk enters the story. Musk's business empire is reliant on cheap lithium, a fact which some saw connected to a tweet from the SpaceX CEO, who gloated after Morales' ouster last year: "We will coup whoever we want! Deal with it." Though Musk himself states that his companies get their lithium from Australia, global lithium prices and access are intimately connected to nationalization (or privatization) policies in countries with vast reserves, like Bolivia.

In any case, Musk's words were interpreted as an object demonstration of American neo-imperialism — that is, a foreign policy implemented by the United States which holds that the country has the right to meddle in other nations' political affairs to serve its own self-proclaimed interests. America has done this on a number of occasions throughout its history, from Guatemala and Nicaragua to Chile and Iran. The billionaire class, which Musk is a part of, benefits from this kind of oft-violent intervention by American military and intelligence apparatuses that encourage privatization and resource control of foreign assets for the benefit of US companies and their CEOs.

Now, Twitter has been dunking on Musk in the aftermath of Arce's victory.

Political cartoonist Carlos Latuff expressed a similar thought, tweeting that the "people of Bolivia said NO to the military coup, the CIA and the coup-monger asshole @elonmusk! Congratulations @LuchoXBolivia and @evoespueblo."

Journalist Ken Klippenstein was more succinct, tweeting that he was "calling in a wellness check on elon musk."

Comedian Christine Sydelko tweeted that people should not forget Musk's comment, writing that it is "just your friendly reminder that Elon Musk is a giant steaming pile of dog s**t."

The Bolivian president that Acre is replacing, Jeanine Áñez, has been accused of racism against Bolivia's indigenous population. In 2013 she tweeted that the Aymara's New Year celebration was "satanic" and, six years later, mocked Morales as a "poor indian" who was "clinging to power." Áñez herself is, in the mold of the American evangelical right, openly a right-wing Christian in her views; she even brought a giant Bible with her as she entered the national palace to assume her position as interim president. Although she initially ran in the 2020 presidential election, she withdrew in September so that opponents of Morales' socialist party could unify against Arce. That plan failed.

Musk has not publicly commented on the Bolivian political situation at the time of this writing.