I can't believe we have to say this: Pulling a "New Yorker Zoom Incident" at work is a bad thing

First came the jokes about Jeffrey Toobin's reported "incident." Then came the rush to sympathy 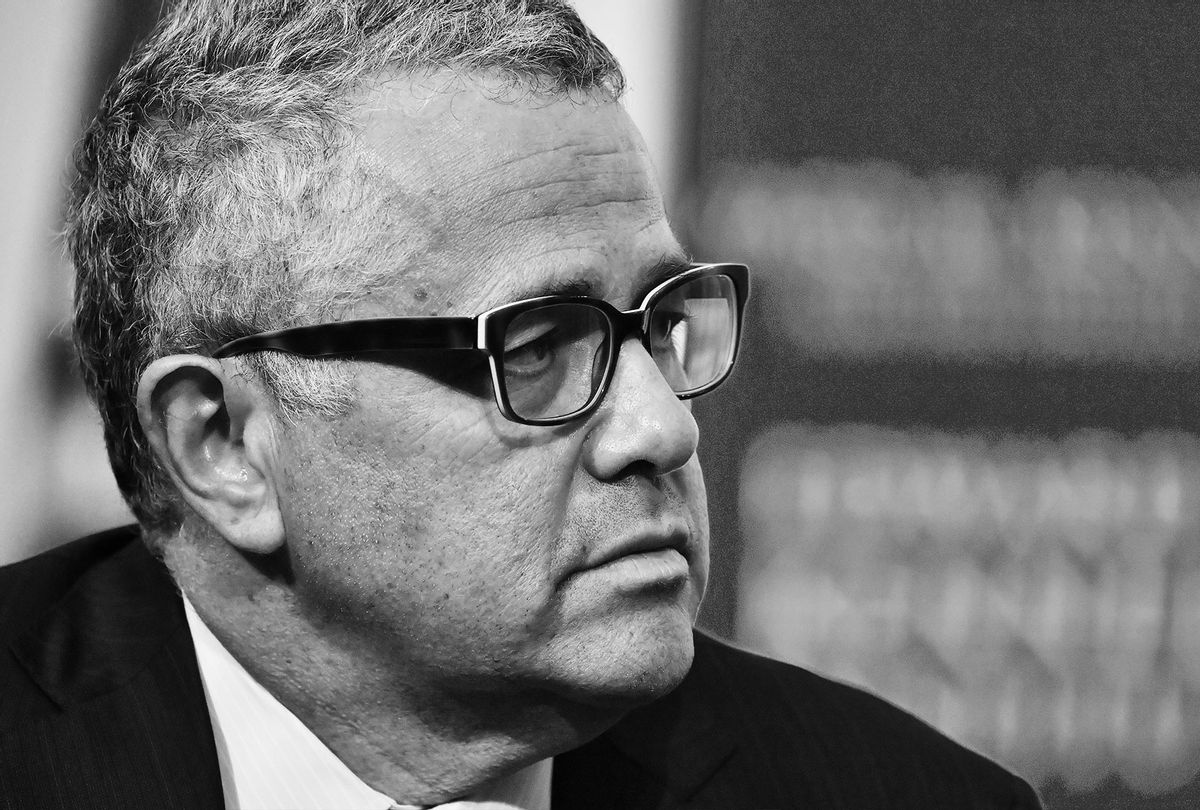 You try to live a life of culture and refinement, as my friend Greg likes to say; you even re-up your lapsed subscription to The New Yorker every time the discount rolls back around and have the tote bag collection to show for it. And yet on an otherwise unremarkable Monday you find yourself wandering into a discourse about exactly how much grace to extend a venerable member of that venerable publication's staff who has been reportedly, allegedly, according to people familiar with the event, observed — in a story Vice broke, to breathless speculation about the questions readers both did and decidedly did not want answered — abusing himself, in the Merriam-Webster "old-fashioned" definition sense, during a work Zoom call. A Zoom call! You go to bed thinking the trending topic "Zoom Dick" will have a short shelf life after the fremdschämen howls are expelled from our collective system. Then you wake up to see "#MeToobin" trending. My god.

A quick recap: Vice's Motherboard reported that author, New Yorker staff writer and CNN contributor Jeffrey Toobin had been suspended by the New Yorker following an incident in which he exposed himself during a workplace video call. Toobin confirmed that an incident had happened, telling Vice that he "made an embarrassingly stupid mistake," believing he was off-camera and muted, neither visible nor audible to his colleagues. "I apologize to my wife, family, friends and co-workers," Toobin told Motherboard. Speculation on the nature of the exposure abounded.

The story spread fast and wide on its initial scant details for a few reasons. Of course, there's the obvious schadenfreude angle: Toobin is part of the celebrity-journalist set and prurient gossip about talking heads is tempting, especially back here in the cheap seats. But there's also the way in which it reflects the sudden collapse of previously expansive white-collar worlds under pandemic protocols, in which any semblance of a life maintained outside of the household is conducted primarily through laptops and smart phones, making this a particularly relevant nightmare scenario from a current-events standpoint. And then there's #MeToo, because, well, "Zoom Dick."

Because of the stories shared and investigated under the #MeToo banner, and because of what was and wasn't revealed in the initial story, opinions were split at first over which direction the discourse should take: Do we generously assume mortifying wardrobe malfunction, or cynically assume deliberate hostile action? What if the truth fell somewhere in the uncomfortable middle? Is this a there but for the grace of Donald Duck go I moment, or a the Zoom-bombing is coming from inside the house scenario? The answer might depend on how much himpathy a person is willing, or conditioned, to extend.

"Himpathy" is a term coined by philosopher Kate Manne, author of "Down Girl," to describe the "inappropriate and disproportionate sympathy powerful men often enjoy" in cases of abusive behavior, especially sexual harassment, gendered violence, and other misognyist acts. The gendered aspect of it is key — it differs from necessary and humane empathy in that it privileges men at the expense of others.

Himpathy can cause otherwise rational people to perform the mental gymnastics necessary to arrive at "the workplace is at fault for encroaching on our private lives," as if a man in his position is a put-upon clock-watcher under the surveillance thumb of corporate productivity apps even when working remotely, and when can he possibly be expected to find a private moment? Himpathy can cause otherwise rational people to tsk-tsk about how suspension from a prestigious job is enough punishment for a man in such an elite position (also known as "consequences" to the cheap seats) and it would be cruel to humiliate him by talking about it. Himpathy can cause otherwise rational people to expend an irrational amount of energy on justifications for treating any important man with the utmost dignity at all times, even if he reportedly treated the dignity of his coworkers with such breathtaking carelessness.

The thing is, I understand himpathy. I have been conditioned since birth to extend sympathy disproportionately to men, and to white men in particular — personally, professionally, culturally — at the expense of those they harm in large ways and small. When they do bad things, we're taught to dig deeper for a reasonable explanation, an exercise in sympathy that often serves to soften their consequences — personally, professionally, culturally.

The endless hypotheticals about the why and the how in this particular story are pure himpathy in action — Oh, the places your imagination will go! — because we know there is no comparable scenario in which we can imagine a prominent woman journalist being defended online after such an event is reported.

But it's not that deep. I can't believe this has to be stated so plainly, and yet: Wanking during work meetings in most industries is not allowed. Push that boundary at your own peril.

Harmless breaches of work etiquette and technology fails shouldn't necessarily become major scandals, even if Ashley Feinberg investigates. Accidental embarrassments are bound to happen because humans are fallible, and hard as it might be to imagine whilst trudging through the Twitter muck, most people do know the difference between a person not knowing their fly is down and a person exposing their genitals. So ask yourself: If this exact same incident played out at the office, do you think "he thought the door was shut!" would end the discussion? I wouldn't test it!

So many tweets already about the humiliation of one man with the resources, presumably, to endure it. Me, I'm stuck on this passage from the New York Times' report: "All the while, participants continued as if nothing were wrong, one person on the call said. When Mr. Toobin rejoined, he seemed unaware that he had been seen, this person said." I'm imagining being one of those other journalists on the call — someone accustomed to focusing on what's important, no matter the distraction, a professional who routinely asks uncomfortable questions of people caught doing the wrong thing — and considering how I would react in their position. I don't have an answer, but I know where my sympathies lie.